Apple Is Yielding Ground to Critics. Why Now. 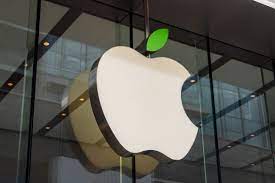 Last month, Apple opened Pandora’s box when it announced plans to implement a new technology that would identify and report collections of child-abuse images on iPhones. It seemed like everyone had a problem with that seemingly good idea: privacy advocates, security researchers, politicians, customers, and even Apple’s own employees

On Friday, The Wall Street Journal reported that Apple (ticker: AAPL) has decided to put those plans on hold. It was anything but a predictable choice.

The company has spent weeks publicly defending the technical wizardry of its plans. And for decades, Apple has forged a reputation for marching to the beat of its own drum, regardless of criticism, as it has built the future it wanted through its product designs and technical innovation.

Now, the company appears to be taking public disapproval more seriously. All of a sudden, it is trying to fix multiple issues at once.