Inflation Did Not Increase As Of August, But Still Remains High. 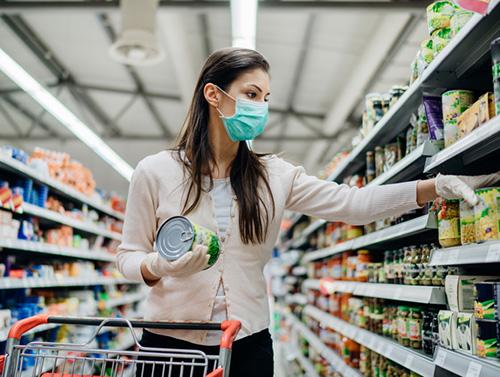 Inflation cooled slightly in August but remained strong, as a surge in Covid-19 infections slowed economic growth and pandemic-related shortages of labor and supplies continued to drive up prices.

The Labor Department said last month’s consumer-price index rose a seasonally adjusted 0.3% in August from July, slower than the 0.5% one-month increase in July, and down markedly from June’s 0.9% pace. Prices eased for autos, with used vehicle prices dropping sharply, and hotel rates and airline fares declined in August from July.

The CPI measures what consumers pay for goods and services, including groceries, clothes, restaurant meals, recreation and vehicles. On an annual basis, price pressures eased slightly. The department’s consumer-price index rose 5.3% in August from a year earlier, down from the 5.4% pace in June and July, on an unadjusted basis.

The so-called core price index, which excludes the often volatile categories of food and energy, climbed 4% from a year before, they estimate, compared with 4.3% in July.

Price growth driven by used vehicles eased and the recovery of travel-related prices slowed, likely in part due to the Delta variant of the Covid-19 virus depressing demand.

The August CPI report “might be a little bit of a headfake, honestly,” suggesting that the recent inflation surge is proving to be transitory, as economists have predicted, “but other factors might be moving under the surface,” said Ms. Rosner-Warburton.

“There is a growing risk that higher inflation exacerbated by ongoing supply-chain frictions could put a dent in demand next year,” she said.

Inflation has heated up this year for several reasons. U.S. gross domestic product rose at a rapid 6.6% seasonally adjusted annual rate in the second quarter, fueled by a gush of consumer demand. Spending jumped at an 11.9% pace in the second quarter as more people received vaccinations, businesses reopened and trillions of dollars in federal aid coursed through the economy.

Prices for services hit hardest by the Covid-19 pandemic are still recovering to pre-pandemic levels, including for air travel, accommodation, entertainment and recreation. The outbreak of the Delta variant of the Covid-19 virus likely weakened that rebound, taking some stress off overall price pressures in August, many economists say. At the same time, Delta-driven disruptions due to shutdowns and absenteeism could also worsen supply bottlenecks and shortages.

Many companies are passing on higher labor and materials costs to consumers. The sharp uptick in restaurant prices in the past few months suggests that this pass-through is showing up in the inflation data, say economists.

One prime example is the shortage of semiconductors that has crimped auto production, causing new and used-vehicle prices to soar, which in turn drove up overall CPI throughout the late spring and summer. However, supply of new autos remains limited, due to the chip shortage and a resurgence of Covid-19 infections in Asia that led to shutdowns of factories and ports, said Mr. Amemiya. While the jump in used-car prices is now easing, prices for new vehicles are still rising, he said.

More broadly, hopes are fading that supply-chain disruptions would pass after a few months.

“I think what we’re learning is that our supply chains were more vulnerable than previously thought and it’s difficult to make a quick turnaround,” said Andrew Schneider, U.S. economist at BNP Paribas.

Jared Simon owns a furniture, mattress and appliance store in the Boston suburb of Franklin, Mass. He has been struggling with shortages, delays and high shipping costs for the past year. Things worsened, however, in August, as absenteeism due to Covid-19 heightened worker shortages among manufacturers and shippers, exacerbating delays.

“I had one factory that almost had to suspend production because they ran out of twine to tie coils together. The twine producer had four people running a production line that normally has 12 employees because they were out with Covid,” he said, noting that a similar thing happened with his cotton supplier. Another vendor stopped production in late August after it ran out of places to put finished goods due to a backup in shipping.

Mr. Simon said that as his company’s vendors have passed on increased costs, he in turn has passed those on to consumers. “With shortages, it is easier to pass on increases since consumers need the items right away,” he said.

conomists anticipate that broader, longer-lasting inflationary pressures will emerge in coming quarters. For example, many expect a rebound in rent to buoy overall CPI in the months ahead. Combined, the Labor Department’s various measures of rent make up about one-third of the prices for the CPI’s hypothetical basket of goods and services, and could therefore buoy the overall inflation measure.

Federal Reserve officials are closely watching many inflation measures to gauge whether the recent jump in prices will prove temporary or lasting. Persistent high inflation could compel them to tighten their easy-money policies sooner than expected—or to react more aggressively later—to achieve their 2% average inflation goal.

One factor they watch is consumer expectations of future inflation, which can prove self-fulfilling. Consumers’ median inflation expectation for three years from now leapt to 4% in August, from 3.7% a month earlier, according to a survey by the New York Fed. August’s reading was the highest since the survey began in 2013.

Fed Chairman Jerome Powell in late August reiterated his view that inflation is likely to cool over time, as supply-chain bottlenecks and other effects related to the economy’s reopening subside. So far, there is little evidence that inflation is rising beyond a “relatively narrow group of goods and services that have been directly affected by the pandemic and the reopening of the economy,” he said.