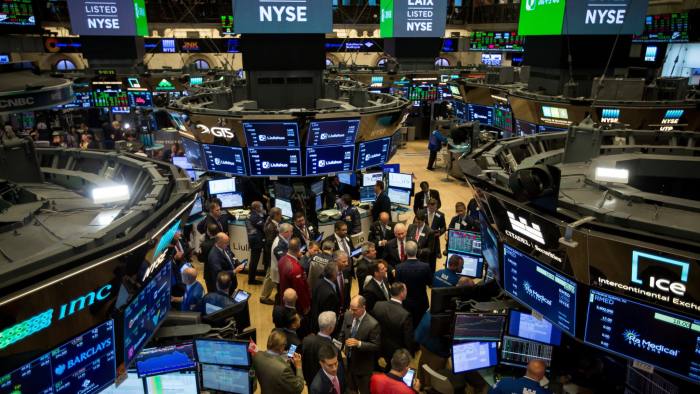 Third-quarter earnings season kicks off this week, with investors on the lookout for signs that rising costs will pose a problem for U.S. corporate profits this quarter and beyond.

What companies reveal about the impact of any supply-chain problems, labor shortages and the continuing pandemic could determine the tone of trading, following a month of ups and downs that have pushed the S&P 500 down 3.2% from its September record. Already, a handful of boldface-name firms have said they are struggling with the crosscurrents of an unusual economic expansion, sending their shares lower and raising concerns that further surprises might await.

Analysts expect that earnings from companies in the S&P 500 grew 28% in the third quarter from a year earlier—a time when businesses were working to recover from the effects of the pandemic.

But as countries emerge from the restrictions of the pandemic, bottlenecks in global supply chains are leading to shortages of the components needed to produce finished goods. A jump in costs for raw materials is also pressuring manufacturers’ bottom lines.

Wall Street is betting that company profitability has edged lower, in part as a result of the unevenness of the pandemic recovery: The net profit margin for the S&P 500 is forecast to come in at 12.1% for the third quarter, down from a record of 13.1% in the previous quarter, according to FactSet.

Even so, Morgan Stanley strategists say they don’t believe supply-chain problems have been fully factored into the market’s expectations for corporate earnings—and if they are right, there could be room for some unpleasant surprises in coming weeks.

“If they’re having to pay more and they’re unable to pass it on to end purchasers or consumers and it’s hitting profitability, that’s something that will be concerning,” said Holly MacDonald, chief investment officer at Bessemer Trust.

The turbulence has left the S&P 500 up 17% in 2021, down from a year-to-date gain of 21% at its early-September record. The pullback has been exacerbated by retreats in shares of companies that said their results are coming under pressure.

Nike Inc. shares fell 6.3% in the trading session after the sneaker company reported lower revenue than analysts had forecast. An executive told analysts that Nike had lost weeks of production in Vietnam because of Covid-19 lockdowns and that the time needed to transport goods from Asia to North America had doubled from before the pandemic.

Among smaller companies, Bed Bath & Beyond Inc. cited supply-chain problems, inflation and pandemic-inspired fears of in-person shopping when it reported a sharp decline in quarterly sales. Shares of the home-goods retailer plunged 22% that day.

One bit of good news for many analysts and portfolio managers: The recent drawdown has helped stocks look less pricey. The S&P 500 traded Thursday at 20.6 times its projected earnings over the next 12 months, above a five-year average of 18.6 times but down from the 22.8 multiple it commanded at the end of last year.

While the volatility has disconcerted some investors, money managers note that it is normal for stocks to pull back. Kimberly Woody, senior portfolio manager at Globalt Investments, said she has been getting calls from clients about moves of a few percentage points.

“It speaks to the complacency out there and this idea that the stock market is kind of an ATM machine,” she said. “The volatility, it’s picked up, but it’s nothing compared to what we have seen in the past.”