Millennials Unite to Fulfill Their Dream of Homeownership 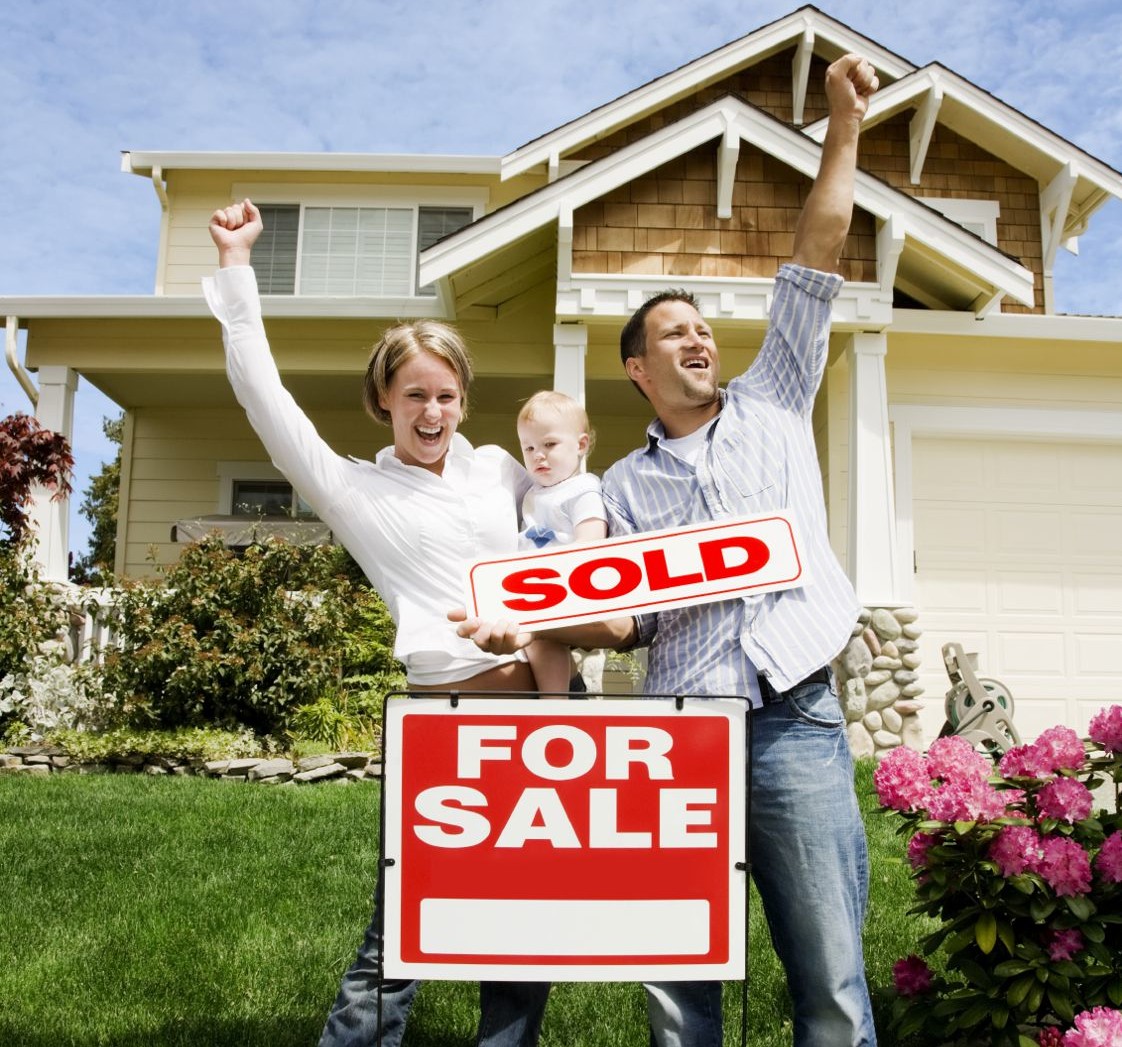 Six months after the pandemic, Veronica Vest was in dire need of buying a home.

Ms. Vest, a 27-year-old project engineer, was tired of having to share a building with others, fed up with paying rent and having no home equity, and dreamed of stretching her legs in her own backyard.

he and her boyfriend made an appointment to view a three-bedroom home for sale in Portland, Ore., but, she says, they “freaked out and canceled it.” It was too expensive for them, and there was always the risk they could break up.

Then her friend Tara Takano, a 32-year-old sales-support lead, had a thought. “Me and you should buy it together lol,” she texted.

It was just a joke—until it wasn’t. The women had stable jobs, good credit scores and total trust in each other. Two months and several viewings later, they picked up the keys to a new house.

For millennials, many of whom are getting married later in life, swimming in student-loan debt and facing soaring home prices, homeownership can feel more like a fantasy than an achievable goal. So, some first-time home buyers are taking a more creative route to make it happen—by pooling their finances with partners, friends or roommates.

Since 2014, when millennials became the largest share of home buyers in the U.S., the number of home and condo sales across the country by co-buyers has soared. The number of co-buyers with different last names increased by 771% between 2014 and 2021, according to data from real-estate analytics firm Attom Data Solution.

The pandemic added fuel to that trend, according to data from the National Association of Realtors. Among all age groups during the early pandemic months—April to June 2020—11% of buyers purchased as an unmarried couple and 3% as “other” (essentially, roommates). Those numbers were up from 9% and 2%, respectively, in the previous year.

A desire for more working and breathing room coupled with high housing prices may have driven this upward trend, says Jessica Lautz, vice president of demographics and behavioral insights for NAR. “During the pandemic, people have been renting and they may have wanted more space,” Dr. Lautz says, “and so they looked at, perhaps, their roommate and decided, ‘Let’s go buy a home together.’ ”

That was the case for best friends Angel Nwachukwu and Samanta Simpson, both 27, who graduated from law school together in 2019. The women rented an apartment together in Harlem for about a year and a half and brainstormed how they could invest the money from their new salaries. They considered buying stocks and bonds, or even starting a business venture, before noticing how low interest rates were and thought—why not buy a house?

Reactions from friends and family weren’t entirely enthusiastic. They remember fielding questions like “Are you sure?” and “You’re really banking on this friendship?”

They joined the exodus of people leaving New York during the pandemic and purchased an airy townhouse in the heart of Washington, D.C. “I would not have been able to afford a house in D.C. proper by myself,” says Ms. Nwachukwu. “Now, every time I see a price, I can just cut it in half.”

There may also be cultural factors at play in the co-buying trend. Many millennials are putting off getting married and having children until later in life than previous generations, but not all of them want to live alone. “A lot of them want to live in a communal setting, but they have enough money and they’re looking around at the increase in real-estate prices, and they want to get a foothold in this appreciating market,” says Andy Sirkin, a real-estate attorney specializing in co-ownership.

Mr. Sirkin, who has worked on tenancy-in-common and joint-tenancy agreements for co-buyers since 1985, says he has seen a surge of interest over the past five years. A decade ago, he got maybe five requests a year, he says. Now, Mr. Sirkin estimates, he receives closer to two to three inquiries each week.

Another option for groups who plan to rent the property or don’t use it as their primary residence is to form a limited-liability company (LLC), which can provide co-owners with protection from individual liability. But doing so can eliminate some tax benefits of homeownership, like mortgage-interest tax deductions.

Beyond deciding on an ownership agreement, there are other factors for co-buyers to consider, such as how to divide equity and mortgage payments.

Legal experts advise buyers to consult a real-estate attorney to help write a co-ownership agreement that covers every possible scenario, from job loss to marriage to personal fallouts. For example, who will hire the handyman if there is a plumbing issue? Who is in charge of collecting and making the mortgage payments? If one co-owner moves away, will the other co-owners have an option to buy them out or will there be a forced sale of the home?

“It’s kind of like a marriage in that sense in that everybody has rose-colored glasses at the beginning, but later on when reality sets in, you’re going to need a way to terminate the relationship fairly,” says real-estate lawyer Jeffrey Davis.

In some agreements, a co-owner may be allowed to sell their shares to another buyer, so long as the other co-owners can vet and approve the new buyer. Otherwise, owners may have the option to buy one another out or sell the property following a valuation. Typically, a holding period of three to five years is written into the agreement, during which a co-owner cannot sell their shares, says Mr. Sirkin. For groups without agreements in place, or those who have not waived their right to partition in an agreement, any co-owner can force a sale of the property at any time. Without a proper exit strategy in place, says Mr. Sirkin, co-owners risk ending up in litigation.

“We have to assume that people’s lives will change,” he says. “You want to be able to drop back or fall back on this document, and you want that document to give you a solution.”

Ms. Nwachukwu and Ms. Simpson are both lawyers, capable of drafting and reviewing legal documents. They opted for a tenancy-in-common agreement with both their names on the deed, and chose to split every cost the down the middle.

Ms. Takano and Ms. Vest, the buyers in Portland, drafted their own co-buying agreement based on a template they found online and the issues they learned about in a Portland Community College class on home buying.

Ultimately, though, co-buying comes down to more than just setting up a legal agreement. It’s just as important—and potentially difficult—to figure out who exactly does what day to day.

For Kate McCann, 29, and Carina Romano, 38, friends and former co-workers based in Philadelphia, plenty of unanticipated issues arose after they purchased a rustic vacation home on a 5-acre parcel of land in New York state’s Catskills region in 2017—from broken septic tanks to mysterious smells and creepy, winged visitors.

“I think resourcefulness is a big part of it,” says Ms. McCann, a real-estate agent. “Like, you need to find a bat exterminator, and there are literally none on the Internet, so what do you do?”

Delegation, conflict-resolution skills and aligned interests are three factors that groups of friends consistently mention as being vital to the co-buying process. For their vacation and rental home in the Catskills, Ms. Romano, a photographer, largely handles inventory, repairs and contractors; Ms. McCann manages the Airbnb rental site; and the third co-owner handles bookkeeping, taxes and other financial matters.

The friends in Portland, Ms. Vest and Ms. Takano, have found it has been helpful to appoint a “czar of finance” that will alternate each year. The czar is in charge of making sure everything, front the mortgage to the internet bill, is paid each month.

The more challenging hurdle, says Ms. Vest, may be figuring out how to get her cat to get along with Ms. Takano’s dog.

“We’re all kind of learning together,” she says.

Write to Javier Zelaya at javier.zelaya@mbdailynews.com