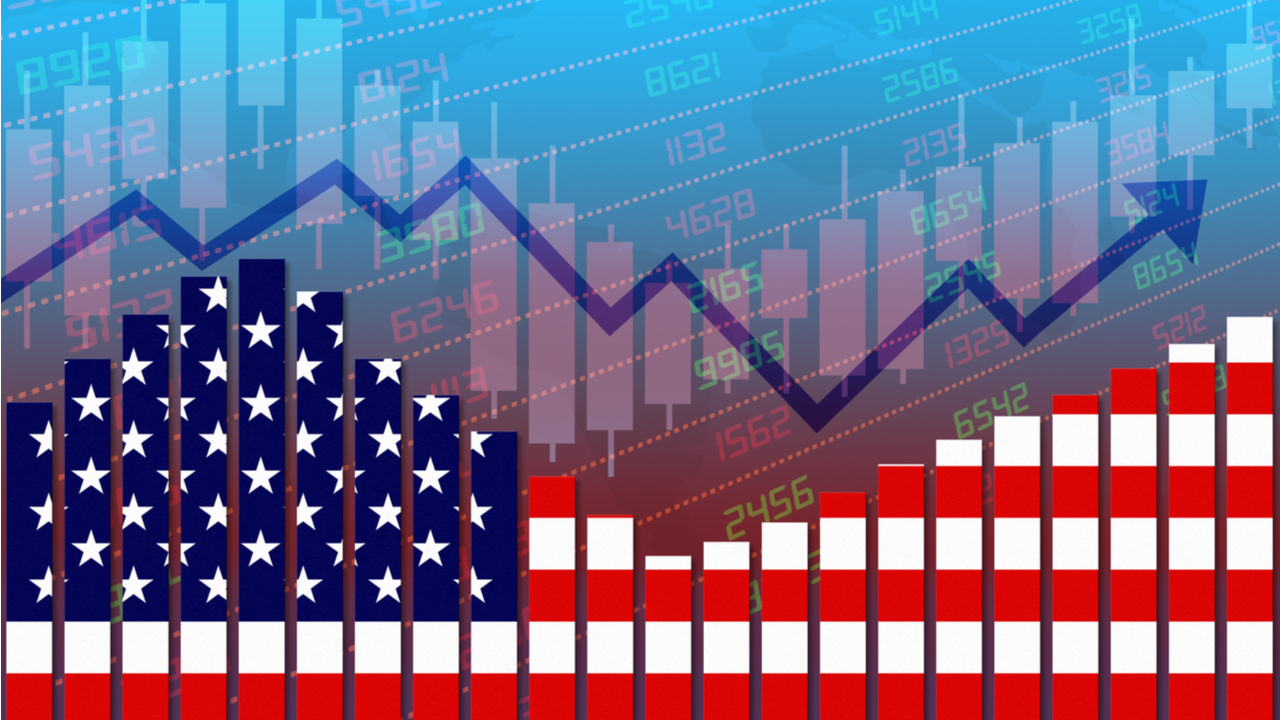 Inflation in the United States accelerated moderately in September with a consumer price index rising 0.4% in September from August and 5.4% annually, the Bureau of Labor Statistics said Wednesday. The CPI rose 0.3% in August.

The yield on a 10-year Treasury note rose to 1.59% on the news after having declined in earlier trading.

The data for September came in in-line or slightly ahead of most analysts’ expectations, but it is unlikely to have a major influence on the Federal Reserve decision to start phasing out its emergency bond-buying program in November, as widely anticipated by markets and hinted at by Fed Chairman Jerome Powell and other U.S. central bankers.

The first reason is that the CPI reading for September while ticking up a little doesn’t reflect a major acceleration in inflation, but instead confirms that it is proving stickier than anticipated earlier this year, as energy prices continue to rise while bottlenecks due to semiconductor shortages and transportation issues remain.

The second reason is that the Fed uses another indicator to gauge inflation, the personal consumption expenditures price index, or PCE, which showed earlier this month that it is now at 4.3% on an annual basis, a three-decade high. That alone would be enough for the Fed to consider that it is now time to “taper,” or start reducing the monthly amount of bonds it purchases on the market, currently at $120 billion.

The most recent data about the state of the U.S. labor market might have been a reason in pre pandemic times for the Fed to wait further before giving the signal of monetary policy tightening. With only 194,000 jobs created, instead of the 500,000 expected by analysts, that would seem to reflect a poor situation of the job market.

But as noted by ING analysts, the numbers are due in part to a decline in labor participation—that is, people deciding not to return to the labor market and seek a job after the pandemic—and don’t mean that the U.S. economy is weak and still in need of monetary stimulus. On the contrary, the reality is that employers are faced with labor market shortages and may have to raise wages to keep and attract staff.

That in turn could directly fuel inflation further. If anything, the labor market numbers have “cleared the Fed’s low bar” for tapering, Oxford Economics analysts have noted, which strengthens their belief that a tapering announcement will be made at the November meeting.

Investor conviction that tapering will happen next month has been firming up recently. Yields on 10-year Treasuries are up by more than 40 basis points, or 0.4 percentage points, since early August.

The Wine Market Is Bubbling. Why Inflation May Be Here to Stay.

About the author: Dan Katz served as a senior adviser at the United States Department of the Treasury from 2019 to 2021 and is a co-founder of Amberwave Partners, an investment firm.

Strange things are happening in the world’s oldest liquid market.

While the prices of fine and rare wines have generally gained in line with broader financial markets during the pandemic, certain wines have seen extreme price moves.

For example, a single bottle of Domaine D’Auvenay’s 2014 “Sous Chatelet” aligot was sold at auction for approximately $500 in March 2020. Trades in April and May of this year were closer to $2,500, and the current lowest worldwide price is nearly $5,000. Domaine D’Auvenay is undoubtedly one of the world’s greatest wineries, but aligned has long been scorned as Burgundy’s second-class white grape. The skyrocketing price has left market observers scratching their heads. The contents in the bottle are the same. The fundamentals have not changed. What’s driving the market? In part, a thriving influencer culture on social media. Yes, the wine market now has its own meme stocks.

The wine market is experiencing innovation and changes in market structure that would be familiar in traditional finance. Stock splits are a common technique to increase demand for security when its nominal price is high. But you can’t easily split a bottle of wine that costs thousands of dollars. That is, until recently. Fractional ownership models now allow anyone to own a small share in individual bottles of the world’s greatest wines. Wine investing—once reserved for well-heeled collectors—is being democratized by new app-based trading platforms. You can use these platforms to buy the equivalent of a few drops of 1982 Chateau Lafite Rothschild, but unfortunately, your fractional share doesn’t include rights to enjoy a sip.

Even the crypto revolution has come to wine. This year has seen the first nonfungible tokens enter the wine world. NFTs are an innovation that may have real utility for markets, even if they currently seem to be primarily used for speculation and fraud. In the context of wine, if sold to accompany physical purchases of wine or to provide a claim on actual wine, NFTs may help address the scourge of counterfeiting. However, as in the broader economy, wine NFTs seem to be facilitating speculation based on investors’ desire to own something unique, even if the asset has no underlying utility.

The developments in the fine and rare wine segment will affect relatively few. But the broader wine market is also showing signs that are of great relevance for the economy. As with the housing market, asset-price inflation appears to be feeding through into product inflation, including for wines with relatively modest price points. Producers are being forced to raise prices amid supply bottlenecks, including labor shortages, difficulty sourcing key inputs like glass bottles, and transportation disruptions.

Demand has proven robust through the pandemic, even in the face of an increasing shift toward spirit consumption. Yet wine supply cannot readily expand to meet demand, fueling inflation. Vineyards require multiple years between planting and production. Certain wines can only come from specifically delimited geographies. A bottle of “La Tache” can only come from a single 15-acre plot in the French village of Vosne-Romanée.

Worryingly, even temporary price increases driven by exogenous factors appear to be sticking. In 2019, the U.S. government imposed tariffs of 25% on French, German, and Spanish wines arising from a dispute over aircraft subsidies. The resulting price increases appear to have been largely passed on to U.S. consumers. The tariffs were lifted earlier this year. Yet some evidence suggests that the U.S. prices of wines subject to tariffs, including everyday wines like Sancerre and pinot grigio, have not shown a commensurate decrease.

Two Buck Chuck hasn’t been two bucks for some time. But even this legendary brand is feeling inflationary pressures: In New York City, Trader Joe’s recently raised the price 17%, from $2.99 to $3.49. Unfortunately, “Three and a Half Buck Chuck” doesn’t have the same ring.

Economic officials may be correct that this year’s inflation surge will prove transitory. Regulators may tamp down some of the excesses associated with emerging financial-market practices. But at least in wine, financial innovation and higher prices may be here for the long haul.