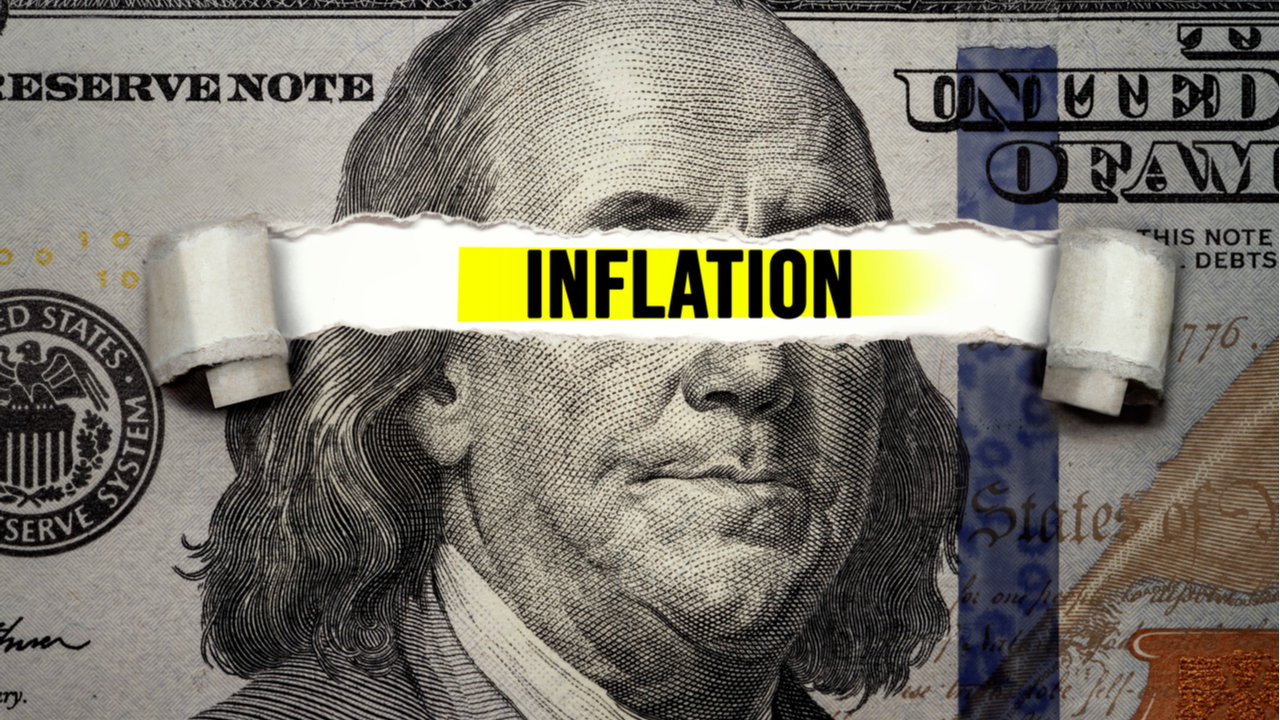 As of Thursday, the indicator is known as the 10-year break-even rate suggested that the consumer price index will increase by an annual average of 2.64% over the next decade, according to economic data from the Federal Reserve, or FRED. That’s up from a recent low of 2.28% at the end of September and the highest level since 2012.

The break-even rate is obtained by looking at the difference in yield between nominal Treasuries and Treasury Inflation-Protected Securities, or TIPS. The rate is so named because TIPS holders can get the same return as nominal Treasury bondholders if average annual CPI inflation matches that gap over the life of the bonds.

The rise in break-even rates worries some investors because the move suggests that current inflationary pressures could last longer than expected. The Labor Department said on Oct. 13 that last month’s consumer price index was up 5.4% from a year earlier, in unadjusted terms. While that index tends to be slightly higher than the Federal Reserve’s preferred gauge of inflation, the data still confirms that inflation is much higher than the central bank’s 2% annual target.

Investors and analysts generally expect inflation to cool down in the coming months as companies increase the supply of goods to meet consumer demand and consumers further ease supply chain pressures by returning to patterns of more normal spending, buying fewer goods, and more services. However, many have revised their forecasts up in light of rising energy prices, rising rents, and growing evidence of a tighter labor market.

Some analysts warn that equilibrium rates do not yet suggest a serious concern about inflation in the longer term, although they may go in that direction. Yield spreads between nominal and inflation-protected securities, for example, suggest that CPI inflation will spend the next five years hovering around 2.8%, but then gradually fall to about 2% a decade from now. . And even those numbers could

they exaggerate benchmark expectations because breakeven points may also rise due to growing uncertainty about the inflation outlook.

Several factors have raised equilibrium rates this year, including a vaccine-driven economic recovery, massive amounts of government stimulus, and consistent messages from central bankers that the Fed will be patient in its approach to tighten monetary policy.

Last year, Fed officials announced a new policy framework, stating they would welcome inflation being modestly above their 2% target for a time to make up for the extended period it has spent below that level.

Investors’ concerns over inflation have ebbed and flowed this year, but have clearly increased lately, driving a flood of cash toward inflation-protected bonds. About $2.1 billion on net was funneled into mutual and exchange-traded funds that focus on TIPS during the two weeks ending Oct. 13, according to Refinitiv Lipper data, the largest two-week inflow in more than two months. That compared with a net outflow of $1.7 billion from all taxable bond funds during the same period.

Fed officials themselves have recently expressed concerns that disrupted supply chains were raising the risks of more persistent inflation. At the same time, Chairman Jerome Powell has said the central bank doesn’t expect the current spike in consumer prices to lead to a new regime in which inflation remains high year after year.

Break-even rates, notably, have climbed even as investors have pulled forward their forecasts for when the Fed will start to raise interest rates. Federal-funds futures, which investors use to wager on interest rate policy, recently showed a 51% chance of a rate increase by July 2022 and 75% by September 2022. That is up from around 15% and 27% a month ago, respectively.

“The question right now is at what point does the pull forward [in rate increases] and possible tightening makes investors believe that central banks can slow the growth of inflation,” said Jim Vogel, interest-rates strategist at FHN Financial.

Still, rising interest-rate expectations and inflation forecasts aren’t incompatible, Barclays’ Mr. Pond said. Even if the Fed starts raising interest rates next year, it could still be years before rates reach the so-called neutral level that officials believe would neither stimulate nor slow the economy.

“The Fed is saying we’re going to continue to run a stimulative policy even as we see inflation above our target over the next three years,” he said.