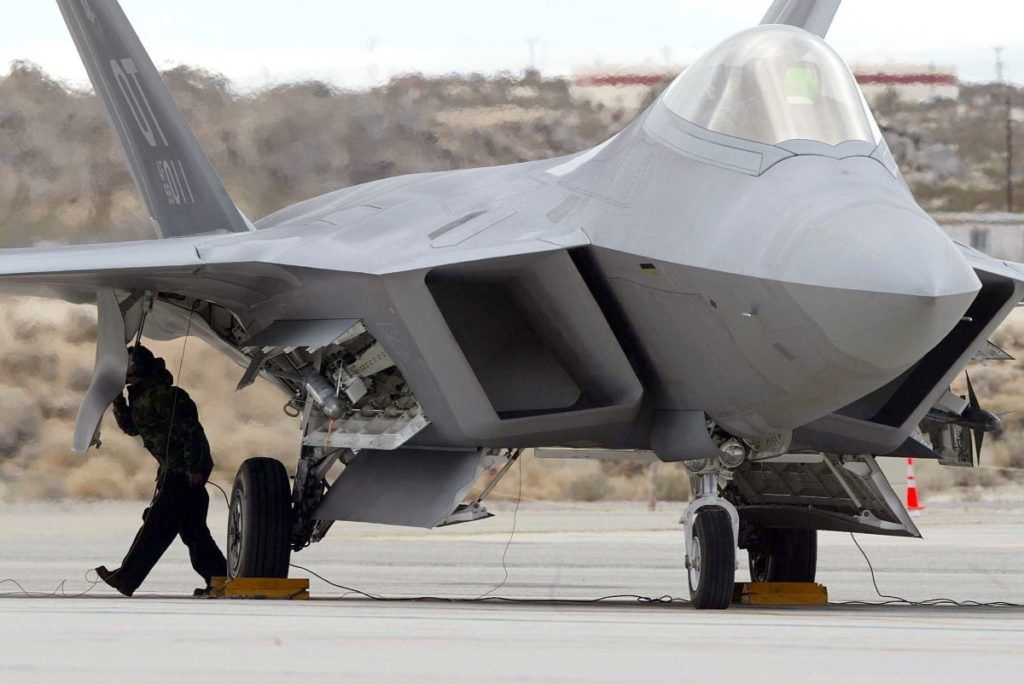 The top US counterintelligence official said he is narrowing his team’s focus to safeguarding five key technologies, including semiconductors and biotechnology, as he sees his protection from rivals determining whether the US remains the one. world’s leading superpower.

The acting director of the National Center for Counterintelligence and Security, Michael Orlando, said Thursday that he is fine-tuning the center’s priorities in order to carry out an effective outreach campaign to educate business and academia about China’s expansive efforts. and Russia to collect cutting-edge research.

The five technologies identified by Orlando include artificial intelligence, quantum computing, and autonomous systems like underwater drones and robots that can perform surgery. Scientists and researchers often describe the sectors as future drivers of economic growth and military dominance.

Orlando, who took office in January after serving as deputy director, told a news conference that losing leadership in these fields could lead to the United States being overshadowed as the world’s superpower.

The narrower focus appears to mark an adjustment, rather than a diversion, from a large-scale counterintelligence campaign launched under the Trump administration to stop the theft and transfer of American technology, research, and other proprietary information to China

The initiative sent counterintelligence officers to universities and businesses, briefing them on a broader set of fields that Beijing has identified as areas to dominate, as well as the competition between the United States and China for the next-generation wireless technology known as 5G. Civil liberties and academic groups criticized parts of that effort for creating an atmosphere of suspicion that stigmatized Chinese and other Asians.

Mr. Orlando preceded his comments by clarifying that when he speaks of China and Russia, he is referring to the activities of their governments, not their people. He also said that he is not advocating a widespread decoupling of the Chinese economy and that he recognizes the importance of attracting foreign talent, including students, to the United States to compete in these five areas.

He said that it is impractical for the counterintelligence center to examine such a wide range of fields and that the threat of Chinese companies such as Huawei Technologies Co. dominating 5G has already been highlighted.

s part of its new priorities, the counterintelligence center appointed Edward You, a career FBI agent and biothreat expert, to a newly created position to focus on emerging and disruptive technologies. Mr. You said Thursday that the goal is to raise awareness that China’s efforts to develop the world’s largest genetic and biological information dataset pose a threat beyond individual privacy issues.

Michael Orlando, acting director of Counterintelligence and Homeland Security, says losing dominance in certain fields could lead to the United States being overshadowed.
PHOTO: OFFICE OF THE DIRECTOR OF NATIONAL INTELLIGENCE

While Chinese companies such as BGI Group have continued to collect global biological data by offering genetic testing services, the Chinese government has stopped granting access to its own people’s data, You said. “It is a one-way street,” which puts other countries at a disadvantage, he said.

BGI did not respond to a request for comment..

The new priorities of the counterintelligence center, which falls under the Office of the Director of National Intelligence, are in line with reports issued last year by a House Armed Services Committee group and the House Intelligence Committee. Those reports urged the Defense Department to rethink national security, including by investing in artificial intelligence, quantum computing and biotechnology, and said intelligence agencies needed to adapt to “a changing geopolitical and technological environment increasingly shaped by a rising China.

Messrs. Orlando and You pointed to a long list of examples of licit and illicit attempts by China to bolster its capabilities in the five key technologies. Among those were Chinese company acquisitions of biologic facilities and chip companies around the world, as well as the theft of autonomous vehicle technology that they said led to the indictments of a handful of people.

The officials cited announcements this year by China’s WuXi Biologics that it had purchased a Bayer manufacturing plant in Germany and a Pfizer plant in China, and by a WuXi AppTec unit that it was building a plant in Delaware.

A representative for WuXi Biologics said it is building or acquiring the facilities in response to customer demand and that the projects have local government and community support. The representative said the company’s global biomanufacturing capacity is expected to account for less than 5% of global capacity by 2024.

A WuXi AppTec representative said it is building the Delaware facility to better serve customers and patients and that it will bring 500 jobs to the area.

The U.S. officials also cited what they consider to be problematic Russian and Chinese partnerships at U.S. universities and warned of the risks of participating in foreign government-sponsored recruitment programs. A slew of prosecutions in the past two years has involved U.S.-based researchers being recruited by Chinese government-backed plans that offer generous stipends.

The scrutiny has made U.S.-China collaboration in academia a lightning rod, with some scientists accused of lying about receiving Chinese government funding and allegations that visiting Chinese researchers concealed their affiliation with the Chinese military.

Messrs. Orlando and You said they aren’t advocating a ban on U.S.-China research collaboration but that they want people to be fully aware of the risks.