Even if The Fed Increases Rates, Money Will Still be Available. This Reflects Good on the Stock Market. 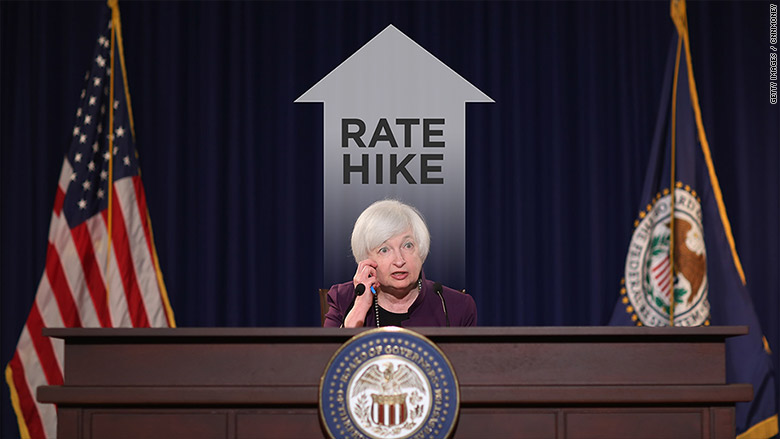 In the U.S. Treasury market, the spread between the yields on two-year and ten-year notes narrowed to 105 basis points on Friday from 129 on October 8 (one basis point is 1/100 of a percentage point ). mainly as a result of a near doubling, to 0.52%, in the two-year yield, the maturity most sensitive to Federal Reserve policy expectations.

The short-term rate markets effectively have priced in at least two 25-basis-point increases in the Fed’s federal-funds rate target by the end of 2022 from the current 0%-0.25% range. That would follow the winding down of the central bank’s current purchases of $120 billion of Treasury and agency mortgage-backed securities every month, which is widely expected to be outlined at the Federal Open Market Committee meeting this coming week.

Assuming that such an announcement is made, the Fed would then line up behind other central banks that already have, or are expected to, move toward less monetary accommodation. On Wednesday, the Bank of Canada said that it is halting its securities purchases immediately, instead of dialing them back gradually, because inflation is “stronger and more persistent than expected.”

It’s always refreshing for a monetary authority to adhere to John Maynard Keynes’ dictum that when facts change, opinions should follow suit. But the BOC wasn’t alone in signaling a move away from the ultra-easy policies adopted to combat the pandemic’s economic damage. These include other Anglophone central banks: the Bank of England, the Reserve Bank of Australia, and the Reserve Bank of New Zealand, which already has hiked its short-term policy rate to slow inflation and cool that country’s red-hot housing market.

After the BOC took the surprise step of going cold turkey on bond purchases, the stock market got a fright on Wednesday. It was as if the world’s central bankers had donned Halloween masks with the awful visage of Jean-Claude Trichet. He was the European Central Bank head who hiked interest rates as the European debt crisis deepened in mid-2011, a blunder that recalled the Fed’s 1937 tightening that precipitated the second leg of the Great Depression.

The stock market’s reaction on Wednesday was swift, with a 300-point-plus gain in the Dow turning into a 266-point drop, while the Russell 2000 index of smaller (and typically more economically sensitive) stocks shed almost 2%.

All of which prompted J.P. Morgan’s global strategy team, led by Marko Kolanovic and Bram Kaplan, to wonder in a research note whether the world had changed that day. In a word, no, they answered.

“Despite the large move in yield curves, equity factors, and commodities, no new macroeconomic data would explain such a move, no change in Covid trends (the downward trajectory continues), and no new surprise in corporate earnings,” they wrote.

But they point to a significant rebalancing of portfolios, as the equity portion’s rising value automatically triggers the sale of stocks and the buying of bonds. And, as noted here a week ago, there is a relentless bid for investment-grade corporate securities.

In particular, stocks’ salutary effect on private pension portfolios gives companies the incentive to lock in high equity values and buy bonds or offload retirement liabilities to an insurance company, which then funds them by buying corporate bonds. Given these institutional arrangements, higher stock prices help to boost demand for debt securities, despite paltry yields that have little appeal to individual investors.

At the same time, monetary policies aren’t about to turn restrictive. The yield curve remains positively sloped, a sign of an accommodative stance. So, too, are the depressed levels of real interest rates, which are at or near record lows, after taking into account inflation that is proving more than transitory. And while the supply-chain snafus will eventually get corrected, that will do little to alleviate service-sector inflation, the largest portion of which reflects housing costs, systematically undercounted in the widely watched price gauges.

Finally, interest rates have further to rise until they reach what economists deem neutral—a level that neither spurs nor retards the economy, according to an astute analysis from BCA Research’s Global Investment Strategy report.

Because of the massive fiscal stimulus provided to fight the pandemic, and with the huge increase in average household net worth (largely owing to soaring stock and home prices), the neutral rate is higher now than it otherwise would be. In addition, the drag from deleveraging that followed the financial crisis of 2008-09 is over. At the same time, baby boomers who have been accumulating investments will be liquidating them in retirement.

The Fed reckons that the neutral rate for fed funds is 2.5%, but BCA hypothesizes that it could be higher. If so, the current near-zero rate, and even the 0.50%-0.75% target that the market effectively is discounting for late 2022, is far from restrictive. Nor is the mild flattening of the yield curve.

In any case, the emergency policies put in place during the crisis days of 2020 that have pumped trillions into the economy and asset markets are past their sell-by date.