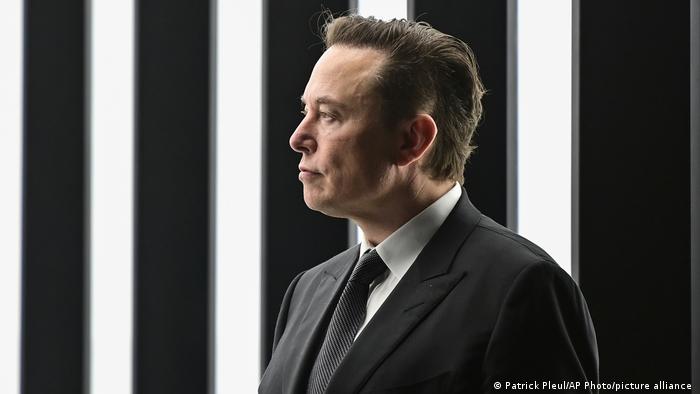 Elon Musk has assembled a group of investors including a Saudi prince, Larry Ellison and a bitcoin exchange to pony up more than $7 billion to back his bid to buy Twitter Inc.

Tesla Inc.’s chief executive has lined up about $7.14 billion from 19 investors, a roster of big-money backers whose investment effectively reduces the personal risk Mr. Musk has to take to close the $44 billion deal for the social-media company.

The new money will cut in half the amount Mr. Musk needs to borrow against his Tesla stake, according to a regulatory filing, and will slightly reduce the balance of cash he needs to put up personally, to just under $20 billion.

The biggest contribution comes from Prince al-Waleed bin Talal of Saudi Arabia, who agreed to retain a stake in Twitter valued at $1.9 billion following Mr. Musk’s takeover, the disclosure said.

The prince, a nephew of Saudi King Salman bin Abdulaziz, initially dismissed Mr. Musk’s offer, saying it undervalued Twitter. Prince al-Waleed was at his desert camp outside of Riyadh City and unavailable to comment, said a spokesperson for his company, Kingdom Holding Co.

Brookfield is putting $250 million into the deal via Brookfield Growth, according to a person familiar with the matter, a unit that typically invests in younger companies. The investment is the largest ever for the unit, which participated in the latest funding round for Mr. Musk’s Boring Co.

The swath of investors features firms that have put money into the development of the cryptocurrency ecosystem. Andreessen Horowitz has a portfolio including cryptocurrency exchange Coinbase Global Inc. and Dapper Labs Inc., the maker of NBA Top Shot. DFJ Growth also invested in Coinbase, according to its website. Sequoia has put money in crypto exchange FTX.

Binance said its involvement is “as a supporter of Elon Musk’s plans for Twitter and an investor,” a spokesman said. Mr. Zhao tweeted that the investment was “a small contribution to the cause.”

Mr. Musk said he is in talks to bring more current Twitter shareholders, including co-founder Jack Dorsey, into the company after the buyout.

Mr. Musk has told potential investors in Twitter that he could return the company to public markets after a few years of ownership, The Wall Street Journal reported earlier this week. The world’s richest man, by some measures, Mr. Musk leveraged a wide network of associates to come on board for his plans.

He has said that he wants the social-media company to be less censorious in content moderation, but has otherwise given few details about his exact plans. At one point he said he doesn’t care whether he makes money on the deal. Mr. Musk has a history of missing his timelines and targets at Tesla, the electric-car company.

Still, in less than two decades, Mr. Musk has grown Tesla from a niche player in the auto industry into the world’s most valuable car company. Though its shares have fallen since Mr. Musk’s investment in Twitter first became public, Tesla sports a market value of more than $900 billion—higher than all but a handful of American companies.

Twitter, Mr. Horowitz said, is challenged by “myriad difficult issues”—bots, abuse and censorship among them. Its reliance on advertising exacerbates them, he said.

“Elon is the one person we know and perhaps the only person in the world who has the courage, brilliance, and skills to fix all of these and build the public square that we all hoped for and deserve,” Mr. Horowitz tweeted.

Twitter shares were up more than 3% midday Thursday at around $51, edging toward Mr. Musk’s $54.20 a share offer price. The closer the stock gets to the offer price, the higher likelihood that investors put on the deal going through.

As a result of the new financing commitments, Mr. Musk said the $12.5 billion margin loan he had received to buy Twitter has been reduced to $6.25 billion and the takeover will be financed now by $27.25 billion in equity and cash.

Mr. Musk’s heavy borrowing against his shares has weighed on Tesla’s stock in recent weeks. The shares were down around 7% midday Thursday.

Other prominent backers of the deal include Dubai-based investment firm VyCapital, which is on the hook for $700 million.

“We believe this investment represents an opportunity to support an incredible business leader at an important time for Twitter,” Mr. Avellone said.