US economy added 428,000 jobs in April despite worker shortages 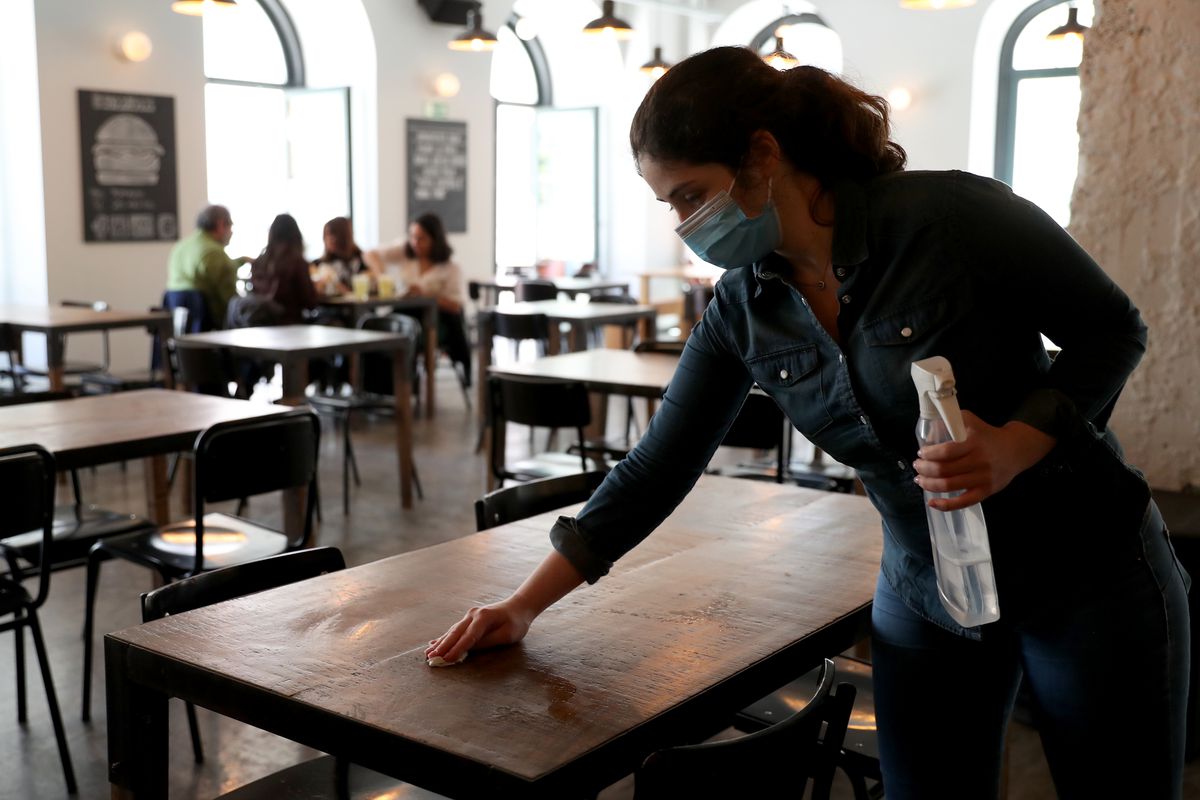 The US economy continued to add jobs at a rapid pace last month even as employers struggled with a shortage of workers and demands for higher wages, giving the Federal Reserve further ammunition to ratchet up interest rates to fight soaring inflation.

Non-farm payrolls grew by 428,000 in April, according to data released by the Bureau of Labor Statistics on Friday, matching the revised 428,000 increase in March and exceeding economists’ forecasts for 391,000, according to a Reuters poll.

That kept the jobless rate steady at 3.6 per cent, just shy of the level it stood at in February 2020 before the pandemic began spreading across the US for the first time.

A sell-off in US government bonds gathered pace after the release of the jobs report as investors prepared for further action from the Fed as it tries tame rising prices.

Job growth was “widespread”, according to the labour department, with the leisure and hospitality sector recording the largest monthly gain of 78,000 positions. Manufacturing jobs increased by 55,000, while those for transportation and warehousing rose by 52,000. Construction positions were little changed, while retail jobs grew by 29,000.

“The monthly pace over the last year after the revisions does look too strong,” said Veronica Clark, an economist at Citigroup. “At some point you are running out of people to hire and that implies a speed limit to how fast monthly job growth can be.”

Job creation has been exceedingly fast in the US over the past year and the unemployment rate has fallen more rapidly than expected by most policymakers and economists. But the red hot labour market coupled with high inflation is causing problems for the Biden administration and the Federal Reserve.

Wages have shot higher as employers have been forced to compete for talent. Average hourly earnings in April climbed another 0.3 per cent, slightly less than the 0.5 per cent monthly pace registered in March, for an annual increase of 5.5 per cent.

This week, the US central bank raised its main interest rate by half a percentage point for the first time since 2000 — to a target range of between 0.75 per cent and 1 per cent — in an effort to cool down the economy.

“Labour demand is very strong, and while labour force participation has increased somewhat, labour supply remains subdued,” said Fed chair Jay Powell during his post-meeting press conference this week. “Employers are having difficulties filling job openings, and wages are rising at the fastest pace in many years.”

In April, the share of Americans either employed or looking for work, as measured by the labour force participation rate, ticked 0.2 percentage points lower to 62.2 per cent and remained below its pre-pandemic level.

Job vacancy rates are at extremely high levels, and many employers are struggling to fill positions, causing hardship for small businesses in particular and contributing to higher wages and prices.

A record 4.5mn US workers quit the labour force in March, while the number of job openings hit a high of 11.5mn, government data released earlier this week showed.

“This [jobs report] is not going to be sounding alarm bells that they need to tighten as fast as possible and send a dramatic signal to markets,” said Jeremy Schwartz, senior US economist at Credit Suisse. “This is consistent with things are tighter than the Fed wants them to be, but you can solve that with a more measured approach to tightening.”

The Fed is now expected to deliver half-point rate rises at its meetings in June and July and potentially one more in September before moderating the pace to quarter-point increases, as it shifts monetary policy “expeditiously” to a “neutral” setting that no longer stimulates growth.

Powell this week acknowledged neutral is “not something we can identify with any precision”, but flagged previous Fed officials’ forecasts of between 2 and 3 per cent. Most economists believe the Fed will need to lift rates above that level in order to cool down the economy and contain inflation.

President Joe Biden will travel to Cincinnati, Ohio, on Friday to tout the strength of the recovery under his watch, particularly in the manufacturing sector. Ohio is one of the heartlands of the US industrial base.

The White House has previously pointed out that 473,000 of the more than 6mn jobs created since Biden took office were in manufacturing, which is now just 56,000 positions shy of pre-pandemic levels.

“Our plans and policies have produced the strongest job creation economy in modern times,” the president said in a separate statement touting April’s jobs report. However, he acknowledged surging costs for everyday essentials like food and gas have become burdensome for Americans.

“There’s no question that inflation and high prices are a challenge for families across the country, and fighting inflation is a top priority for me,” he said.