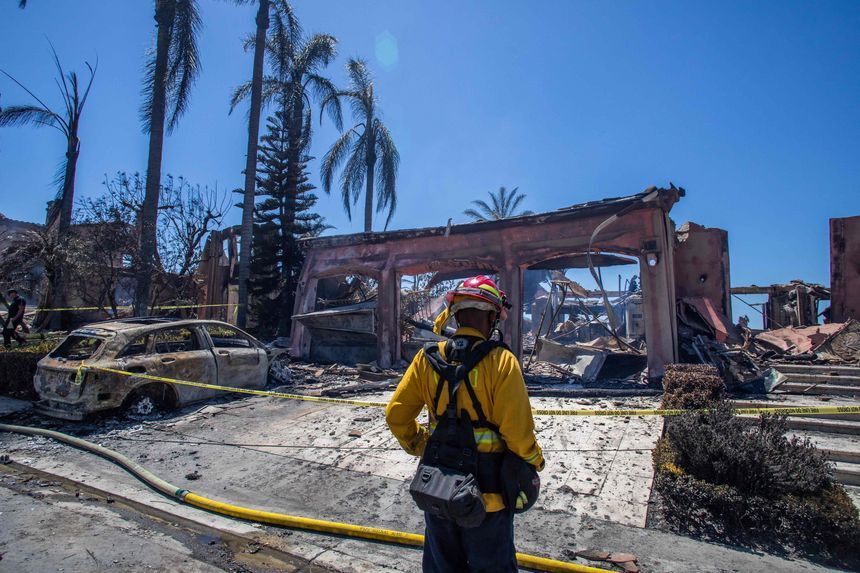 Estimates show one in five single-family homes in U.S. is at risk of being in a wildfire over the next 30 years

Almost 80 million U.S. residential and commercial properties face some risk of wildfire damage in the next 30 years, according to a nonprofit research firm that released its own wildfire risk model Monday.

Wildfires have caused tens of billions of dollars in damage in recent years, and many scientists expect them to become more frequent and intense in the future, fueled by climate change and other factors.

Using First Street Foundation’s fire-risk scores, real-estate listings site Realtor.com estimated that one in five single-family homes in the U.S. is at risk of being in a wildfire over the next 30 years, representing $8.8 trillion in property value.

First Street Foundation previously released U.S. flood maps in 2020, which said that millions of homeowners have a substantial risk of flooding that isn’t disclosed by federal flood maps.

In the U.S., 1.5 million properties, including homes, apartments, hospitals, airports and government buildings, have extreme wildfire risk, meaning at least a 26% probability of being in a wildfire over the next 30 years, according to First Street Foundation’s analysis.

To create its wildfire model, First Street Foundation started with publicly available data from federal, state and local government sources. It ran simulations of wildfire behavior millions of times to predict whether properties are likely to be in a wildfire and used satellite imagery and other data to estimate the intensity of the potential exposure, said Ed Kearns, the organization’s chief data officer.

The Western U.S. contains the highest count of properties with major wildfire risk or higher, according to First Street Foundation’s analysis, but properties in the majority of states have some exposure to wildfire risk.

First Street Foundation, which is made up of researchers, modelers and scientists, works to provide homeowners with more information about natural disasters and climate change. It relies on grant money and sells its flood-risk data to companies.

Estimating property-level wildfire risk is difficult to do because the risk can vary based on how well a property is maintained, said Bob Roper, policy adviser for the Western Fire Chiefs Association, who wasn’t involved in the First Street Foundation analysis.

For example, a pile of firewood next to a house would increase its wildfire risk, he said. “That firewood pile can change in size and scope during the course of the year,” he said. “To do a risk map, you have to do it possibly several times a year, at least, to be able to validate your facts and your data.”

Providing more information about wildfire risks to home buyers can help them make good investments and could affect the value of properties in risky areas, said Matthew Kahn, a professor of economics at the University of Southern California, who has used First Street Foundation’s flood data in his research.

The states with the highest number of properties that currently have at least a 0.03% chance of being in a wildfire are California, Texas, Florida, Arizona and Oklahoma, First Street Foundation said. The state with the biggest proportion of properties with that level of current risk is New Mexico, with 68.6% of properties, followed by Wyoming with 66.8% and Arizona with 58.7%.