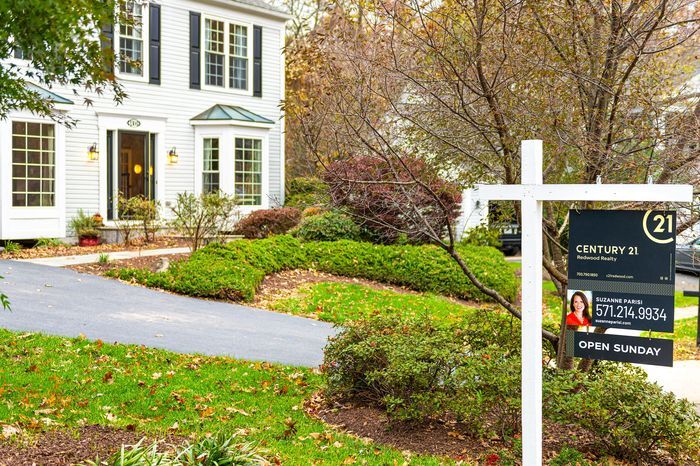 Mortgage rates on 30-year fixed rate loans have climbed from about 3.5% earlier this year to upwards of 5.6%, and pros say they may go higher (see the lowest mortgage rates you can qualify for here). Home prices too have made a steady climb upwards, growing about 20% from March 2021 to March 2022, according to CoreLogic.

That news, no doubt, is met with a groan among aspiring home buyers. But we do have some good news for you: There are signs that competition in the housing market may be cooling off, pros say.

Redfin reported that for the first time in six months, homebuyer competition dropped slightly in March of 2022. Sixty-five percent of homes sold by Redfin agents faced competition — or multiple offers — in March of 2022, down from 67% in February. “I do expect competition to continue to decline,” says Taylor Marr, the deputy chief economist at Redfin.

Marr cites multiple reasons for the change, including rising interest rates — the current average for a 30-year, fixed-rate mortgage is over 5.6% — the Federal Reserves’ policy moves to reduce inflation, baby boomers staying in houses rather than moving to retirement communities and the conflict in Ukraine. “Homes are still selling over asking price, but the market is shifting,” Marr says. “When you change the thermostat, it takes time for it to cool down.”

For his part, Lawrence Yun, chief economist at the National Association of Realtors, shared with MarketWatch Picks recently that he too sees competition declining soon: “The combination of rising interest rates and rising house prices will push some would-be buyers out of the market, which may result in reduced competition after the summer buying season is over.”

Marr agrees that by the end of summer, there will be lower competition among buyers on listings, as well as more housing on the market. He warns, however, that certain areas that have become hot migration destinations, including cities such as Tampa, Phoenix, Nashville and Atlanta, may continue to see high rates of competition on listings. “There are still a lot of people moving to these places … even in the face of really high interest rates,” he says.

Declining competition at the end of summer is also when Skylar Olsen, the chief economist at Tomo, predicts a cooling of the market. “We’re in a transition period,” she says of what’s happening now.

Even despite signs that the housing market will cool in the coming months, buyers should not expect to suddenly get great deals. As MarketWatch Picks recently reported — after talking to five economists — it it unlikely that home prices will fall significantly. “Home prices will keep going up because there aren’t enough houses available to meet demand, but the combination of rising home prices and elevated mortgage rates means fewer people will be able to afford to buy,” Holden Lewis, home and mortgage expert at Nerdwallet, told us.

But just because economists predict that interest rates will go higher, this doesn’t mean buyers should force themselves into a bidding war just because they’re panicked about interest rates. “If you find a unit that’s right for you, and you know it’s a place you’re going to stay for an extended period of time, then you should move forward,” she says. “But you don’t need to hurry to lock down a rate.”