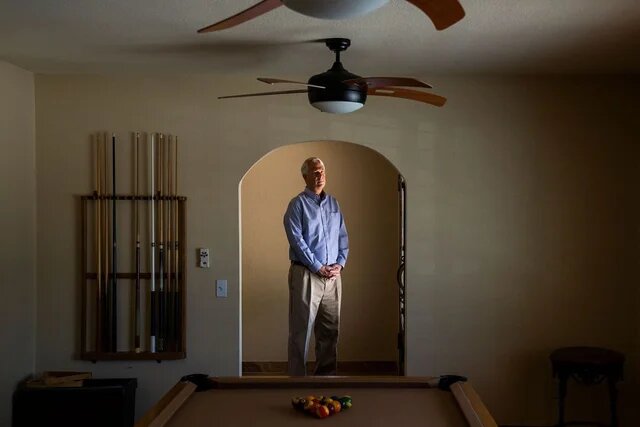 The US pandemic housing boom, marked by record price gains and coast-to-coast bidding wars, is finally reaching its limit.

After the fastest rise in mortgage rates for any four-month period since 1981, hot markets such as Austin and Riverside, Calif., are suddenly slowing. Buyers who once had to make on-the-spot offers now have time to shop and even negotiate. And some sellers are doing something unthinkable just months ago: slashing prices.

It’s all a sign that the Federal Reserve’s interest-rate hikes are starting to cool the overheated housing market, one of the central bank’s key goals as it tries to tamp down inflation. After the explosive growth in home prices, particularly in Sun Belt boom areas, the surge in monthly mortgage payments is slamming already strained would-be buyers. Now, swooning financial markets and recession fears threaten to further diminish confidence, raising the prospect that housing’s decade-long bull run may be ending.

And it’s coming during the spring sales season when market momentum normally peaks. “Mortgage rates have quickly gone from being a massive tailwind to the housing market to a massive headwind,” says Mark Zandi, chief economist of Moody’s Analytics, who expects prices to flatten over the next 18 to 24 months, with potential declines in high-flying parts of the South and West. “The higher rates are conflating with the extraordinarily high house prices and crushing affordability.” The market for new homes is also turning with single-family sales plummeting in April to the weakest level since the pandemic lockdowns began two years ago, government data showed Tuesday.

In most areas, housing remains strong relative to pre-pandemic levels, and the market is slowing from a frenzied pace rather than heading for a crash. In Austin, home to a wave of Covid-inspired migration and the influx of companies such as Tesla Inc., the median listing price in April increased 28% from a year earlier. But the Texas capital’s market is cooling fast, with 9.4% of active listings in April recording price cuts, according to Realtor.com. That’s up from 2.6% a year earlier, the biggest increase in the share of price reductions among the top 50 US metropolitan areas.

Sonia Guardado, a real estate agent who focuses on Round Rock, an Austin suburb that’s home to Dell Technologies Inc., says she’s cutting prices for the first time since 2019. “The month before, it was hot, hot, hot, with lines out the door, and now we can’t even get buyers in,” she says. Buyers face affordability challenges along with a correlating increase in appraisals for property taxes: “We’ve got California prices and Texas salaries, and they don’t mesh.”

Price cuts are also becoming more common in areas such as Las Vegas, Phoenix, and parts of California, according to Realtor.com. As in Austin, it’s a case of big gains that may finally have gotten ahead of buyers’ ability to pay. Inventory in Riverside, an area that was popular for people fleeing Los Angeles’s high prices, shot up more than 23% in April compared with the same month a year earlier, the most in the US, the company’s data show. Bidding wars in Riverside County still happen, but they aren’t as frequent or fierce, according to Peter Abdelmesseh, an agent with Provident Real Estate in Eastvale.

One of Abdelmesseh’s clients, a tech worker in his 30s, was interested in buying a home for about $800,000. But he looked at his shrinking stock and cryptocurrency portfolio, along with surging borrowing costs, and decided to sit out, Abdelmesseh says, betting that prices and mortgage rates might drop later this year.

Analysts, including Zandi, are hoping for a soft landing. The overall dynamics sending prices higher—a shortage of supply and the huge millennial population at peak homebuying age—are still in place. While inventories are rising, higher borrowing costs will prevent many new listings because owners will be reluctant to sell and give up their low mortgage rates. And while the frenzy grows less frothy in Sun Belt boomtowns, places such as New York, Boston, and Silicon Valley—catching up after getting in late to the pandemic rally—continue to tighten.

The signs of cooling are showing up in US economic data. Existing-home sales, which measure closings, fell in April to the lowest level since June 2020, the National Association of Realtors reported last week. And those figures have yet to fully reflect the impact of rising rates. Homebuilder sentiment is at an almost two-year low, and building permit issuance is declining.

George Ratiu, senior economist at Realtor.com, says annual price growth nationally will likely slow, from more than 15% to about 5% by the end of the year. But the chance of a steeper drop is growing, with consumers increasingly pinched by inflation and the Fed’s rate increases potentially leading to a recession. “That would have a much faster impact, with downward pressure on both transactions and prices,” he says. “One silver lining for housing: A softening in prices could also present an opportunity for a lot of buyers.”

For now, buyers remain stretched. Prices are still way up relative to a year ago, and inventories of homes for sale remain too tight, even if listings linger a bit longer. About 61% of offers written by Redfin agents faced competition in April, down from 67% a year earlier. Sellers are racing to close on homes before demand further weakens, according to a Redfin report last week.

In the Atlanta area, Keller Williams real estate agent Lori Hilton has begun advising clients to cut prices. “It used to be like: List on Thursday, open house Saturday, offers on Monday,” she says. “Not anymore. Buyers were frustrated because they couldn’t get a property with all the multiple bids. Now they just can’t afford it.”

Shaun Borden listed his 5,000-square-foot Las Vegas house for $1.1 million in early April. The home, with a custom kitchen, 65 paid-off solar panels, and a two-door wrought-iron front entry, attracted an immediate offer that quickly fell apart. It’s only now getting some interest after Borden cut the price by $200,000. “The interest has been tepid,” he says. “A house next door half the size sold for $700,000. Like everything in life, it’s about timing.”

Rob Hau, Borden’s agent, says the market has lost steam because people relocating from places such as California can’t move until they sell homes there. The investors aren’t buying quite as much, either. “It’s not just what happened to interest rates,” he says. “When people hear overall economic concerns—and a boatload of them—people tighten up.”