Has US inflation peaked? 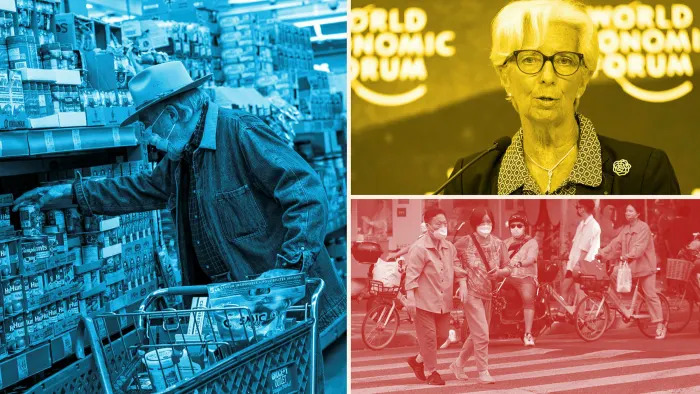 US inflation is expected to have moderated in May, in a sign that inflation may have peaked, as weakening consumer demand and loosening supply chains mitigate price growth.

In April, the US consumer price index moderated for the first time in eight months to an annual pace of 8.3 per cent, 0.2 percentage points lower than the previous month. Despite the modest decline, inflation came in above economists’ expectations and remained at a 40-year high.

Still, a second consecutive moderation in the annual rate should offer “hope that we have indeed passed the peak in inflation”, said James Knightley, chief international economist at ING.

May’s consumer price index data, due to be published on Friday, may, in turn, give further clues as to how aggressively the Federal Reserve will raise interest rates in June and thereafter.

Economists polled by Reuters expect monthly consumer prices to have risen 0.7 per cent in May. Consumer price growth slowed to 0.3 per cent month on month in April, as surging energy and food costs fuelled by the war in Ukraine abated.

Housing, food and energy are likely to continue to contribute to inflation, as petrol prices rose in May, but that could be partially offset by auto prices and a loosening supply chain.

“Auto prices could be one of the softer CPI components because consumers are unwilling to pay current prices, so demand destruction is bringing supply and demand into balance,” said Steven Englander, a strategist at Standard Chartered.

There have been reports of increases in inventories and imports and recent rises in auto production, which could be evidence of some improvement in supply chains, Knightley said. “But order backlogs remain long and supply chains remain vulnerable to Covid containment measures elsewhere in the world.” Alexandra White

Will the ECB stick to plans to raise rates in July?

With inflation setting new eurozone records every month so far this year, it will be hard for the European Central Bank to explain why it is not immediately raising interest rates when its policymakers meet in Amsterdam next week.

Yet this is exactly what ECB president Christine Lagarde is likely to do on Thursday when she is expected to say that the central bank is sticking to its pre-announced plan to first stop buying more bonds before starting to raise its deposit rate from minus 0.5 per cent.

That means the earliest the ECB could raise rates for the first time since 2011 is at its subsequent meeting on July 21, after it stops adding to its €4.9tn bond portfolio.

The main question left to be resolved is how big the July rate rise will be. The ECB’s chief economist, Philip Lane, said this week that quarter percentage point rises were its “benchmark pace”. But he left the door open for others to “make the case for moving more strongly”.

Klaas Knot, president of the Dutch central bank, and Robert Holzmann, Austria’s central bank chief, have both discussed the potential for the ECB to follow in the footsteps of the US Federal Reserve with a half percentage point rate rise. A majority of investors polled by Deutsche Bank in May thought this would happen.

Andrew Kenningham, an economist at Capital Economics, predicted that “core inflation will continue to surprise on the upside and this will ultimately prompt the ECB to move more rapidly than many now anticipate” by ending its eight-year experiment with negative rates with one bumper rise in July. Martin Arnold

Did China’s economy stabilise in May?

China’s economy was buffeted by strict and widespread coronavirus lockdowns in April, with several indicators plummeting to two-year lows. While the severity of restrictions largely stabilised in May — and even showed signs of tentative easing towards the end of the month — the limited respite was likely not enough to avert a further slew of weak data.

Both manufacturing and services purchasing managers’ indices came in several points higher in May but remained in contraction territory, meaning that while the rate of decline in activity slowed, most companies still engaged in less activity than they did the month before. Caixin’s China manufacturing PMI also noted that the time taken for orders to reach manufacturers had increased “markedly” in May, suggesting that the country’s logistical problems were far from over.

Other indicators will probably show similarly muted improvements: analysts at Citi predict that retail sales, which declined by 11.1 per cent year on year in April, will contract by a lesser 6.8 per cent in May. Likewise, while the analysts predict trade will recover slightly, April’s data suggest the days of booming Covid-era exports are well over.

While Beijing on Wednesday instructed policy banks to extend an Rmb800bn ($120bn) credit line to fund infrastructure spending, overall stimulus is much weaker than in 2020.

A question remains over whether the slight easing in restrictions that helped cushion China’s economy last month will be sustained as the country vows to stick to its zero-Covid approach, with economists worried about the possible damage from another round of widespread lockdowns.

“Shanghai’s phased-in reopening may only represent a respite rather than a turning point,” Ting Lu, analyst at Nomura, wrote in a note. “The real turning point will be marked by a shift in China’s stance on its ZCS [zero-Covid stance] rather than headline Covid caseloads, the easing of some lockdowns or monthly activity data.” William Langley