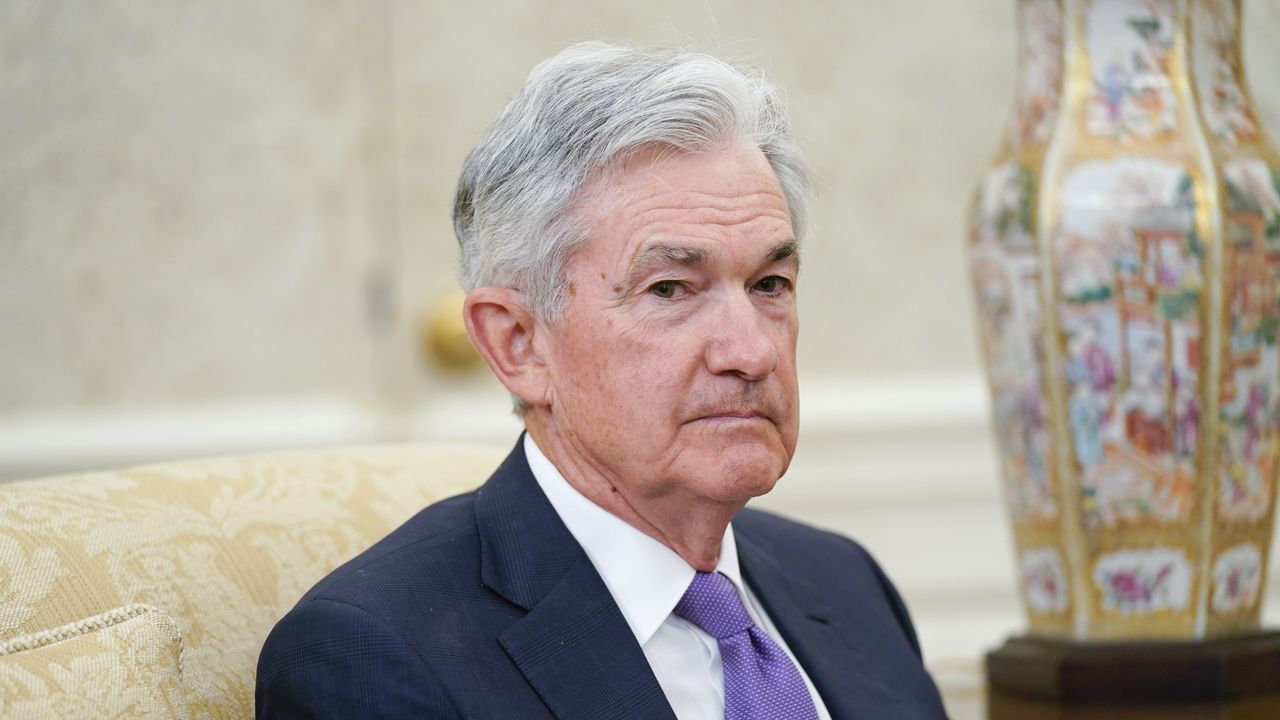 Federal Reserve officials are beginning to signal that higher unemployment rates might be a necessary consequence of their efforts to damp inflation by raising interest rates.

This marks a reversal from last year, when their policies provided strong economic stimulus aimed at spurring the labor market’s recovery from the pandemic’s damaging effects.

This week, the central bank could weigh raising its short-term benchmark rate, currently in a range between 0.75% and 1%, by a larger-than-expected 0.75 percentage point following high inflation reports.

In economic projections to be released this week, more officials are likely to pencil in plans to raise rates this year to levels high enough to deliberately slow hiring and economic growth in an effort to cool inflation, which hit 8.6% in May, a 40-year high.

The policy makers also could project somewhat higher unemployment rates over the next two years than they had anticipated earlier this year.

The unemployment rate, at 3.6% last month, has nearly returned to the half-century lows of 3.5% that it touched before the pandemic struck the U.S. economy in March 2020.

Most Fed officials in March expected the unemployment rate to hold near or fall below its current level this year and over the following two years.

Fed Chairman Jerome Powell and other officials suggested earlier this year that they might be able to reduce demand for labor—a source of inflation pressure—primarily by prodding employers to cut job vacancies, rather than by laying off workers and pushing up unemployment.

But in recent interviews and public statements, Fed officials have sketched out a path in which unemployment rises this year, though not sharply, as the economy and inflation cool, a scenario Mr. Powell has referred to as a “soft or ‘soft-ish’ landing.”

“When I think of a ‘soft landing,’ it’s really a matter of, ‘Yes, we could see growth below trend for a while, and we definitely could see unemployment moving up somewhat, but not in a huge way,’ ” New York Fed President John Williams told reporters on May 10.

Mr. Powell echoed those comments in an interview a week later. Achieving a soft landing “doesn’t mean that the unemployment rate needs to remain at 3.6%, which is a very, very low rate,” he said.

Fed governor Christopher Waller went a step further in a speech on May 30. “If we can get unemployment to just 4.25%, I would consider that a masterful performance by the central bank,” he said.

The comments indicate officials are redefining what a “soft landing” would entail, said Tim Duy, chief U.S. economist at research firm SGH Macro Advisors. In a note to clients about this week’s economic projections, he wrote, “We should prepare ourselves for projections intended to communicate the Fed’s resolve to reduce inflation by targeting a higher level of unemployment.”

Such projections would implicitly acknowledge rising recession risks. In the past, when the unemployment rate has increased by at least a half percentage point in three months from its low over the previous year, a recession has coincided, followed by an even bigger jump in joblessness.

Some economists have been skeptical that the Fed can reduce job vacancies without a notable increase in the unemployment rate.

Indeed, other Fed officials have begun speaking in more blunt tones about the potential costs of a faster pace of central-bank rate rises. The central bank’s actions this year to bring down inflation “will take fortitude. There will be bumps along the road,” said Cleveland Fed President Loretta Mester in a speech earlier this month.

“The unemployment rate could temporarily move above estimates of its longer-run level,” she said. “This will be painful, but so is high inflation.”

Many central bankers view labor markets as an important gauge of how much slack, or idle capacity, exists across the economy. Under such thinking, tighter labor markets can be a precursor to more persistent inflation, particularly for labor-intensive services.

That ties into a notion in economics that a short-run trade-off exists between unemployment and inflation. At some low rate of unemployment, the thinking goes, wage and inflation pressures can accelerate as employers compete for a dwindling number of idle workers.

Economists try to estimate this so-called natural rate of unemployment that is consistent with stable inflation in the longer run, but it is hard to identify where such a level exists in real time. Pushing inflation down could require the unemployment rate to rise above its natural rate.

Mr. Powell said in last month’s interview that it was possible the natural rate declined steadily last decade as businesses and workers became more efficient at matching job seekers to available jobs, and that this had been disrupted by the pandemic.

As a result, Mr. Powell said the natural rate of unemployment today “is probably well above 3.6%,” though he said he remained optimistic it would drift down over time.