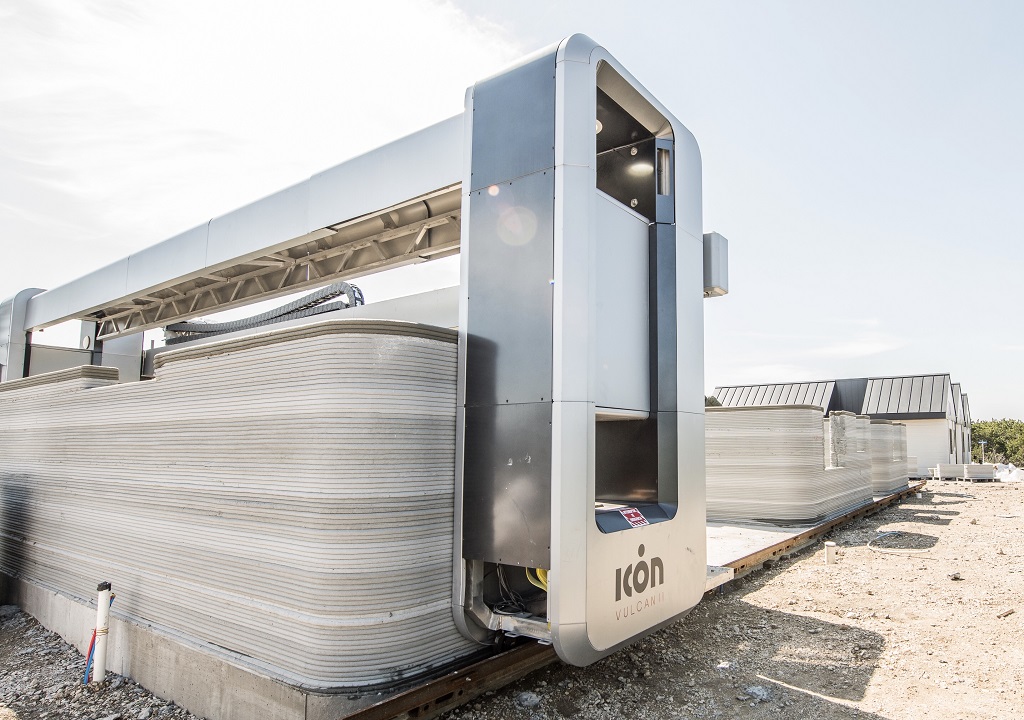 The project would be the largest 3D-printed home development in the US.

A major home builder is partnering with a Texas startup to create a community of 100 3-D printed homes near Austin, gearing up for what would be by far the largest 3-D home development in the US. USA

Lennar Corp. and building technology firm Icon are set to begin construction next year on a site in the Austin metropolitan area, the companies said. While Icon and others have built 3D-printed housings before, this effort will test the technology’s ability to produce homes and generate buyer demand on a much larger scale.

If 3D printing is successful at this more ambitious level, it could offer an answer to America’s chronic shortage of homes for sale, especially in the affordable price range. Mortgage finance company Freddie Mac estimated that the national single-family home deficit stood at 3.8 million units at the end of 2020.

Supply chain delays during the pandemic have reduced housing construction, while labor shortages have hampered production for years.

“Skilled trades are a dying breed,” said Eric Feder, president of LenX, Lennar’s venture capital and innovation unit. “So there have to be alternative construction solutions to help with this job shortage.”

The vast majority of new-build single-family homes in the US are built on site and framed in wood using traditional construction methods.

Icon’s 3D printed houses use concrete frames instead. Its 15.5-foot-tall printers can build the exterior and interior wall system for a 2,000-square-foot one-story home in a week, Ballard said. The printer squeezes the concrete into layers, like toothpaste from a tube. The machines can print curved walls, allowing for more creative home designs, he added.

Lennar will complete the houses using traditional construction methods. The week it takes for Icon to print a wall system is roughly the same amount of time it takes to frame and drywall a home using traditional construction methods, but Lennar said he hopes to speed up that process in the future. 3-D-printed houses can also be built more economically, with fewer people on site and less waste compared to typical new-build houses, Icon says.

Buyers do not necessarily need a discount on the current market rate. Lennar has not determined the price of the homes in the new community, but they will be similar to other Lennar homes in the area, Feder said. The median home sale price in the Austin metropolitan area in September was $ 450,000, according to the Austin Board of Realtors.

Icon has already built 10 two-bedroom homes in Tabasco, Mexico, and seven tiny one-bedroom homes in Austin. Earlier this year, Icon built four single-family homes in Austin with developer 3Strands. Icon has raised $ 266 million in funding since its founding in 2017. Lennar and homebuilder D.R. Horton Inc. are both investors.

Trying to expand 3-D printing technology brings new challenges. Icon’s projects have been licensed by local jurisdictions, but obtaining municipal approvals could be challenging in new markets, as the technology is unfamiliar. Consumers may also be skeptical of the concept and some may be put off by the look of 3-D printed houses. Icon houses, for example, have horizontal ridges on the outside and some interior walls from the layered printing technique.

On the other hand, buyers are likely to be attracted to homes built with less waste, which should translate into cost savings, said Margaret Whelan, CEO of Whelan Advisory, a boutique investment bank for the housing industry.

In the past, Icon homes were priced modestly off the market price. His four-house project in Austin with 3Strands was his first attempt at building two-story houses, using 3D printing for the walls of the first floor, while the second floors were built conventionally.

Other companies are also rushing to print houses. Mighty Buildings, a building technology company in Oakland, California, said it plans to begin construction of 3-D printed homes for a 15-lot community in California’s Coachella Valley next year. Preliminary demand from the community has been so strong that Palari Inc., the developer, plans to add more batches, Palari CEO Basil Starr said.

SQ4D Inc., based in Patchogue, New York, is building a 3D-printed house on Long Island that it sold to a local family for $ 360,000, above the list price of $ 299,999, said Kristen Henry, chief technology officer for the company.

Demand for home purchases has skyrocketed during the pandemic as buyers took advantage of low mortgage interest rates to find more space to work from home. Homebuilding activity has increased in response, and single-family home construction has risen 20.5% so far this year, according to Commerce Department data.

“I think 2022 will be a year in which we will see a renewed emphasis on innovation,” said Robert Dietz, chief economist for the National Association of Home Builders. “Any productivity gains, any innovation, will help add that additional supply.”