5 Signs of Recession to Watch For in Second-Quarter Earnings 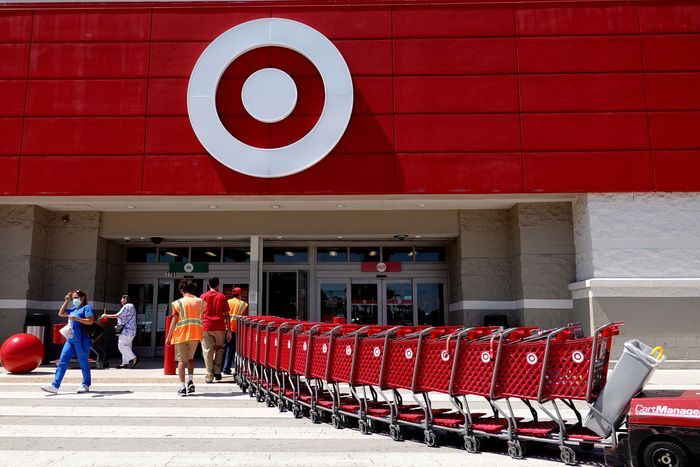 Earnings season kicks off this week with reports from JPMorgan Chase to PepsiCo . Here are some things that could indicate whether a recession is coming.

The first is inflation. With energy costs soaring, how easy is it to raise prices? Can they cover their own higher input costs? The question is whether the burden falls more on what shoppers end up paying or on companies’ margins.

The second is consumers’ appetites. Earnings estimates have been reduced most for the likes of Target and Amazon.com , which appear vulnerable to cutbacks in discretionary spending. But there are many ways households might cope. People may decide, for example, that they can switch to cheaper food brands or take shorter vacations to still be able to afford a new car.

Among the banks, look for how demand for loans is holding up. Even though interest rates are rising, companies that expect to grow will still borrow to invest in future capacity. Or, if they don’t, borrowing is one of the first things to go down.

Then there is the question of jobs. We have seen lots of signs of cuts, especially in technology. The issue will be whether they are widespread and deep. Stronger-than-expected U.S. jobs numbers for June should relieve concern that a recession is imminent, according to Goldman Sachs economist Jan Hatzius.

Finally, we want to know what companies themselves think about whether a recession is coming and how that matches up with their own plans. It is possible for them to predict a broad economic downturn and still see plenty of growth for themselves. If enough companies think the recession is happening elsewhere and keep on spending, things might turn out better than feared.

Second-Quarter Earnings Are Here. What to Expect.

A parade of financial reports that start this week should add more clarity to Wall Street’s understanding of how companies are dealing with inflation, consumer spending, and a volatile supply environment, and company guidance for the rest of 2022 could be even more telling.

What’s Next: Big lenders JPMorgan, which reports on Thursday, and Wells Fargo and Citigroup , which report on Friday, are seen as benefiting from a pickup in lending activity and rising rates, which makes lending more profitable for them.

Elon Musk’s move to end his $44 billion deal for social-media platform Twitter is “a disaster scenario,” according to Wedbush analysts Daniel Ives and John Katsingris, who slashed their price target on Twitter shares to $30 as the company faces an “elongated court battle.” Shares closed on Friday at $36.81 and fell around 6.7% in the Monday premarket.

What’s Next: Tulane Law School professor Ann M. Lipton told Barron’s that Twitter will likely demand the full $44 billion price, saying Musk must show that Twitter’s information was so false that “they would have a long-term, significant impact on Twitter’s finances, and right now there’s no evidence” of that.

Casino stocks dropped Monday after Macau, the world’s biggest gambling hub, shut almost all of its businesses to try to contain the spread of its biggest Covid-19 outbreak in two years.

What’s Next: Citigroup analysts suggested most investors are willing to look past the current Covid-19 outbreak, even if it delays a full recovery for the Chinese gaming hub, and they have confidence earnings for the island’s casinos will come back. Barron’s recently said it may be the right time to bet on Las Vegas Sands .

The highly contagious BA.5 subvariant of Omicron is driving an increase in coronavirus disease cases, but numbers could be vastly understated because so many Americans are testing at home or not testing.

What’s Next: The Food and Drug Administration has asked vaccine makers to produce boosters targeting the BA.5 and BA.4 subvariants for this fall. But Washington University epidemiologist Dr. Ziyad Al-Aly said another new variant could be dominant by then. “This virus keeps outsmarting us.”

Marvel’s Thor: Love and Thunder drew in $143 million in its North American theater debut, and a total of $302 million worldwide, another sign that Hollywood and theater operators are seeing a return to normal. Comscore estimates domestic moviegoers spent $236 million to head to the theaters this weekend.

What’s Next: JPMorgan analysts warned that theater operators may see a “cooling” of numbers because there are fewer blockbusters lined up to debut in the second half of the summer. B. Riley analysts noted the only other films showing promise are DC League of Super-Pets and Bullet Train.