A Different Take on the US Economy: Maybe It Isn’t Really Shrinking 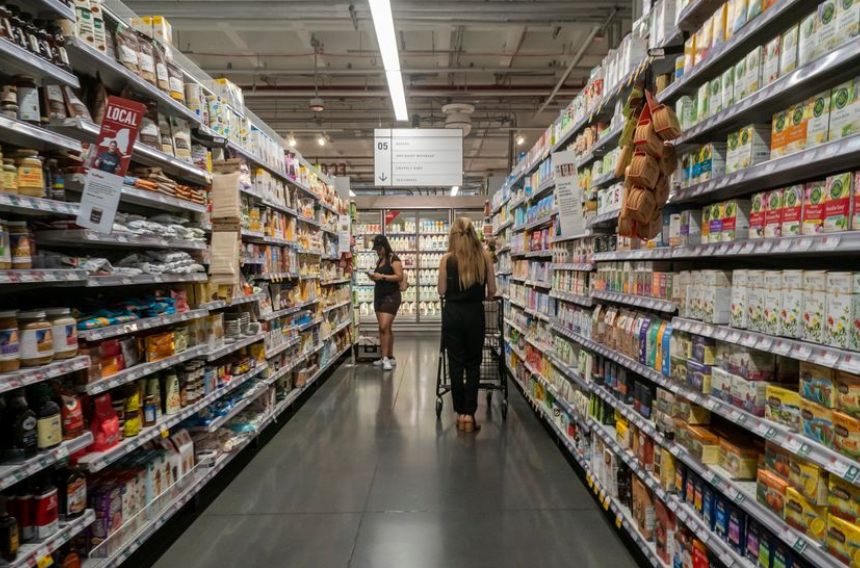 When the Commerce Department reported last month that US economic output contracted for two consecutive quarters during the first half of the year, it raised fears the US might be in recession, defined in a popular rule of thumb as two negative quarters of growth. New data sends a different message: rather than in recession, the economy might be in something closer to a stall.

Economic output can be measured two different ways: gross domestic product, or gross domestic income. For every dollar an individual spends to buy some good or service—a restaurant meal, a car, a doctor’s visit—another individual earns a dollar of income to make and deliver that good or service. GDP captures the spending side of these transactions, GDI the income side.

In theory, GDI and GDP should equal each other, though there is always some statistical discrepancy because they are measured using different data sets and different sources. This year the discrepancy has been unusually large. During the first half of the year GDP contracted at a 1.1% annual rate, adjusted for inflation. At the same time, GDI, made up of a measure of corporate profits, wages and benefits, self-employment income, interest and rent, expanded at a 1.6% annual rate, the Commerce Department reported Thursday.

Get Bloomberg News and Wall Street Journal Digital Take 77% Off

It is hard to know what is behind the discrepancy. In a time of great economic volatility the statistics measuring the economy can be less reliable. Some economists look for a clearer picture by averaging GDP and GDI. That measure of output barely moved at all, rising at a 0.2% annual rate, adjusted for inflation, over the first six months of the year. This is more consistent with a stalling economy than one in recession.

“The economy is stagnating, but it’s not declining,” said Robert Gordon, a Northwestern University professor and longstanding member of a committee at the National Bureau of Economic Research, which dates the beginning and end of recessions.

The bureau doesn’t follow the rule of thumb that two negative quarters of GDP growth mean recession. It defines a recession as a broad, sustained and significant contraction in overall activity, viewable across a range of statistics. It looks at measures including employment, business sales, manufacturing production and income. Among its favored measures is the average of GDI and GDP. Looking at these numbers, Mr. Gordon said, “You couldn’t call this a recession at all.”

Some studies have shown that GDI might be a more reliable real-time gauge of activity than GDP. In a 2010 study, Jeremy Nalewaik, then a Federal Reserve economist, found that GDP tended to be revised toward income measures over time. If this year follows the pattern, the GDP contraction might be revised away in the years ahead.

Chris Varvares, co-head of U.S. economics at S&P Global, offers a long list of reasons why the economy may have stalled. Record fiscal stimulus enacted in 2020 and 2021 is diminishing at a rapid rate; higher inflation has reduced households’ real purchasing power; the Fed has been raising short-term interest rates to counteract inflation, squeezing the housing market; supply-chain disruptions have made it harder for companies to source products.

Add it all up, and an economy that emerged from the earlier stages of Covid with a great deal of momentum in the second half of 2020 and 2021 has lost it in 2022. “The economy has been torqued by a very unusual set of forces related to the pandemic, policy responses and now Russia’s invasion of Ukraine,” Mr. Varvares said. “Don’t get hung up on labels. Whether it is shallow growth or a shallow contraction, it will still feel bad.”

What happens next will depend a great deal on the behavior of inflation during the next few months.

According to the Fed’s preferred measure, the annual inflation rate decreased to 6.3% in July from 6.8% in June, thanks in part to falling energy prices, data released Friday showed. Many financial-markets participants have been hoping that the inflation slowdown will be sustained and the Fed will be in position to slow its campaign of interest-rate increases. In that scenario, consumer spending, business investment and housing would rebound, and the economy would emerge from its stall to renewed expansion.

But a rebound in energy prices because of the war in Ukraine or other factors could forestall any sustained improvement in inflation. On Friday, Fed Chairman Jerome Powell warned that “a single month’s improvement falls far short” of what he needs to conclude inflation is returning to the Fed’s 2% target. His warning took air out of the market’s hopes. If inflation doesn’t recede and the Fed responds with additional, aggressive interest-rate increases, then the U.S. might be on the cusp of an unambiguous downturn that everyone agrees to call recession.