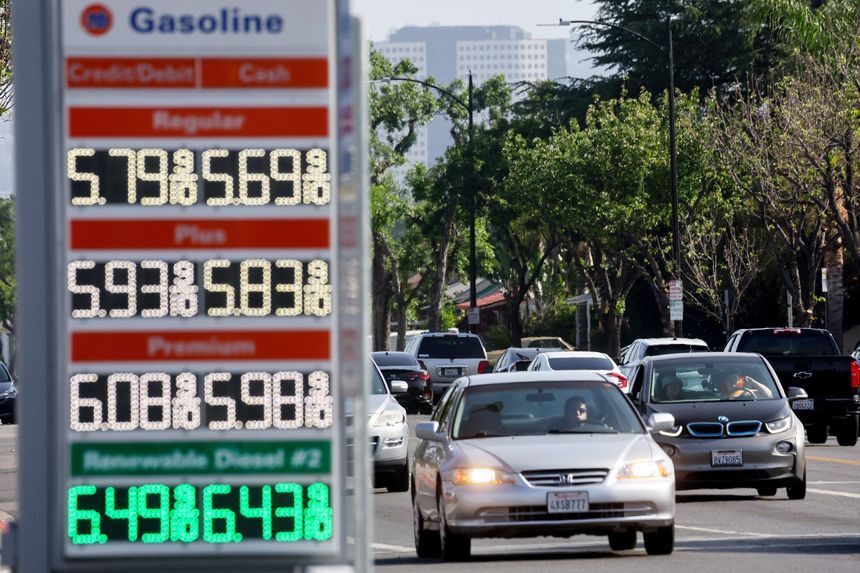 Americans itching to travel this summer after navigating Covid-19 for the past two years face a new disruption to plans: the rising cost of travel.

Inflation rose to 8.5% in March compared with the same month a year earlier, according to the Labor Department’s consumer-price index—the highest rate in four decades. Gas prices are up about 50% from a year ago. Hotel costs jumped nearly 30%, and airline fares rose 24%, while vehicle-rental costs jumped nearly 14%.

April figures set to be released on Wednesday aren’t expected to show much relief.

While inflation hasn’t stopped people from spending more so far this year, some Americans are rethinking summer vacation plans. That could dent the economic outlook this summer since spending on services such as entertainment, travel and dining makes up more than 40% of gross domestic product. A Bankrate survey in late March found nearly 70% of more than 2,600 respondents said they are changing their summer travel plans due to inflation.

“You could see pockets of weakness [due to inflation], but I think there is still good upside for the travel sector,” said Aneta Markowska, chief economist at Jefferies LLC. “There is still a lot of pent-up demand, there’s still a lot of firepower in terms of the ability to pay even though prices are higher.”

Lawrence Fearon of Upper Marlboro, Md., cut one planned trip from the four he planned to do this summer because of higher prices.

“This is the first summer a lot of us have been able to see family and take a road trip. Just as everyone is ready to set out: bam! Excruciatingly high gas prices,” he said.

Mr. Fearon, a stock-options trader, said he won’t take a road trip to see cousins in New Jersey this summer because of higher prices for gas, food and hotel stays. He still plans to drive to visit family in Jacksonville, Fla., and drive for vacation trips to Ocean City, Md., and Muskogee, Okla.

“I have to make a conscious decision, I’ve got about three road trips I can make,” the 55-year-old said. “I have to take those longer trips, and I don’t feel comfortable flying [due to Covid], so something’s got to give.”

In April’s consumer-confidence survey by the Conference Board, a private research group, the share of respondents who said they intended to take a vacation in the next six months dropped to its lowest level since last spring when vaccinations were just becoming widely available. The overall consumer-sentiment index decreased slightly in April, with concerns about inflation ranking high among people’s worries.

“It changes where and how they travel,” she said, for instance by taking fewer trips, driving to destinations closer to home, and spending less on recreation and dining.

Surveys suggest many Americans want to travel after more than two years of pandemic disruptions and restrictions. Testing requirements for international travel to a number of European countries have eased recently, and a federal judge in Florida last month threw out the Biden administration’s requirement that travelers in the U.S. wear masks on airplanes, trains, taxis, buses and other forms of mass transit.

A March poll by Bank of America found that 62% of respondents expect to travel more than usual in the next 12 months, while 41% said they plan to make up for previously canceled travel in 2022 or 2023. Still, more than 40% of the 1,055 respondents said higher gas prices would cause them to travel less, while 28% said they could take shorter trips to offset higher prices.

Liz Covart, a historian in Boston, said the summer months are a busy period for academic conferences, but the cost of airfares has jumped significantly.

“I was shocked the airfare to New Orleans from Boston was going to be $900 for a nonstop flight that didn’t involve two or three stops,” she said. Ms. Covart still booked the flight, “because of the pandemic these are the first in-person meetings, there’s a lot of excitement around it.”

The 41-year-old is planning a scuba diving vacation to Costa Rica this summer, too, and paid for the flights with miles because even when she booked in early March “it was getting kind of expensive.”

Brian Chilton, a retired lawyer in Foster, Va., would typically drive to Walt Disney World and visit family in the summer, but is forgoing a summer driving vacation this year due in part to higher gas prices.

“Inflation is bad enough that I find myself thinking more economically,” the 56-year-old said. Instead, he will have family visit him at home and travel only to drop off his son for a summer job in Chattanooga, Tenn. Mr. Chilton said he and his wife are also paying closer attention to expenses like food, by limiting the number of times a week they eat steak and rarely ordering takeout.

Mr. Chilton is staying home more this spring, and said “my yard is in better shape than ever.” He fertilized the lawn and seeded it at the right time because of less frequent travel.