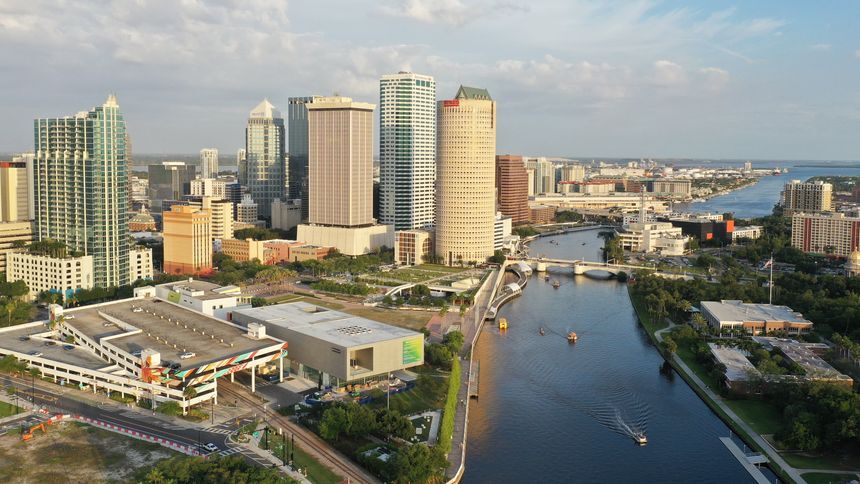 After more than a year of record run-ups in apartment rents, growth is starting to cool off, a trend that could help housing affordability and ease the rise in overall inflation, according to several market measures.

Nationally, average apartment rents rose 9.4% in the second quarter of 2022 compared with the same quarter in 2021, according to data firm CoStar Group. While that is high by historical standards, it is down from the more than 11% annual increases seen the previous two quarters, CoStar said.

The decline also comes at the time of year when the rental market is typically at its strongest. The slowing of the growth rate in the second quarter is “a really ominous sign,” said Jay Lybik, national director of multifamily analytics at CoStar. “It’s retreating quickly.”

The decline also comes at the time of year when the rental market is typically at its strongest. The slowing of the growth rate in the second quarter is “a really ominous sign,” said Jay Lybik, national director of multifamily analytics at CoStar. “It’s retreating quickly.”

Get Barron’s News Subscription (5-Years) 70% Off

The rental markets that are slowing fastest include many of the cities that saw some of the country’s fastest-growing rents during the pandemic, such as Phoenix, Las Vegas and Tampa, Fla. In Phoenix, asking rent grew 10.1% in the second quarter compared with a year earlier, according to CoStar, down from the 18.4% annual increase in the first quarter of this year and the 21.3% rise in the fourth quarter of 2021. In Palm Beach, Fla., top-tier rents have actually fallen below their 2021 high point of $2,704 a month.

Other measures of rental demand show apartment hunters may be starting to pull back from the market. The U.S. apartment vacancy rate increased for the first time in 14 months this June, according to real-estate software firm RealPage, rising to 3.7% compared with 3.5% one year earlier.

Rental markets often begin moderating when prices become so high that they discourage people from forming new households by, say, moving away from their parents or roommates, analysts say. In many markets, rent growth has exceeded the rise in incomes, said Piper Sandler analysts in a note last month.

“We believe there will be increasing resistance to absolute rent levels, especially in the coastal urban markets where rents are setting new records,” the note said.

Other analysts point to a record volume of apartment construction, which could help keep a lid on rents by saturating markets with more supply over the next year.

The shortage of affordable rental housing intensified for at least two decades before the pandemic, according to a June report from Harvard University’s Joint Center for Housing Studies. Between 2001 and 2019, rents rose 16% while renter incomes rose only 5%, both figures adjusted for inflation, the report said.

Rental housing affordability worsened in the first year of the pandemic, with the share of American renters who pay 30% or more of their income on rent rising 2.6 percentage points, the report said. Nearly half of renters now fall into that category.

Housing accounts for about one-third of inflation. The consumer-price index reached an annual rate of 9.1% in June, the highest rate in more than 40 years, the Labor Department said. Average hourly earnings meanwhile, rose 5.1% in June compared with the same month last year.

The run-up in rental prices has occurred alongside an even more pronounced increase in home-sale prices, which are now also beginning to slightly decelerate.

A softening also is being seen in single-family home rentals, which like apartments have had record rent growth. May was the first month since January of 2021 that annual rent growth for single-family homes didn’t increase over the rate of the previous month, according to housing data firm CoreLogic.