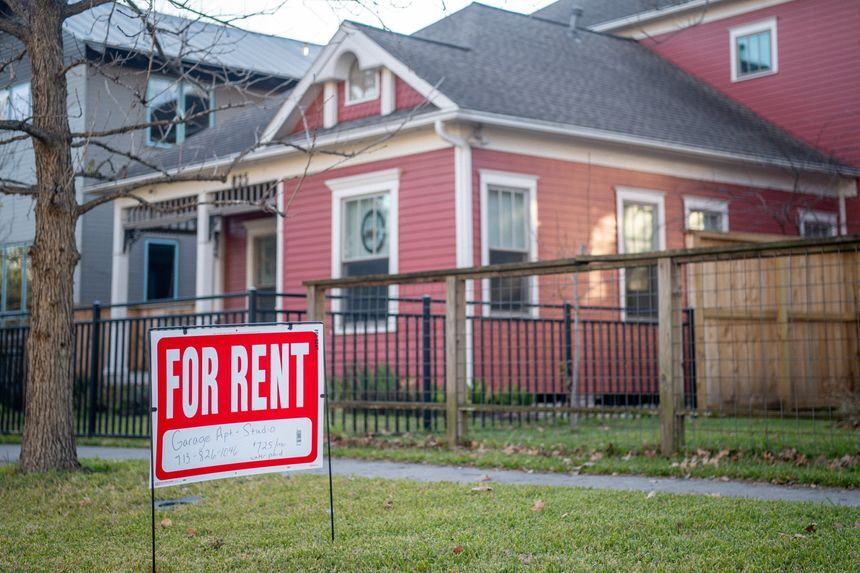 When Donna Jones and her husband looked to rent a home in Northern Virginia in February, they often received the same response: Sorry, but someone else offered to pay more rent.

“We didn’t even know you could do that,” Ms. Jones said.

Bidding wars have long been a staple of hot housing markets, where buyers compete with offers above the seller’s listing price. Now, these contests are becoming more commonplace in the rental market. Real-estate agents from New York to Chicago and Atlanta say they see more people than ever making offers above asking to lease homes and apartments that they will never own.

An increasing number of white-collar professionals—some of whom recently sold homes—are reluctant to buy because of record-high home prices, rising mortgage rates and limited supply. They are renting instead, helping to drive a frenzy for leased properties of all kinds, and helping fuel the trend of offering above asking rents, real-estate agents said.

In some parts of Atlanta, so many people compete for the same homes that Re/Max agent Peter Beckford said he is renting out $3,500-a-month townhouses to couples making close to $1 million a year.

“All of these applicants are extremely well-qualified,” Mr. Beckford said.

A New York City panel last week approved rent increases of 3.25% for next year at properties covered by the city’s rent stabilization rules, the largest rise in nearly a decade. But for the city’s unregulated rental stock, which accounts for about half of all apartments there, it is open season on rent hikes. In popular high-end neighborhoods, more renters are making over-ask offers, real-estate agents say.

Large rental landlords also report having more business than they can handle. “In any given week, we get over 13,000 leads for only 200 homes available,” said Gary Berman, chief executive of Tricon Residential, during a May earnings call.

The median U.S. asking rent passed $2,000 for the first time in May, according to real-estate company Redfin, and it has risen 15% over the past 12 months. If more high-income people enter hot rental markets, and the supply of new homes for them to rent or buy doesn’t substantially increase, rents are poised to keep rising, housing analysts say.

Rising interest rates also mean that builders are likely to build less because fewer people can afford a new home when borrowing rates are higher, said Taylor Marr, deputy chief economist at Redfin. “I think we’re in a really tough spot now with the outlook for new construction.”

Many renters don’t stop at offering a higher rental price. Some are following other parts of the home-buyer playbook, such as drafting “pick me” love letters that introduce themselves to a landlord and make an emotional appeal. Others are asking previous landlords to write them recommendations, as if applying for a job.

In Chicago, the website Brixbid.com facilitates an influx of people bidding on rent. Landlords start the bidding with a suggested price. Renters then have the choice to lowball them or bid even higher. Some apartments now go 10% to 15% over ask on Brixbid, said company co-founder James Peterson.

Chicago real-estate agent Jodi Dougherty of Downtown Apartment Co. has told her clients to write in their best offers on any rental application they submit. Many applicants are losing out when they assume the asking rent is enough, she said.

Earlier this month, a client succeeded by pre-emptively offering $1,000 over the asking price for a three-bedroom apartment near downtown Chicago that was listed for $4,000. “We did not win it by a landslide, by any means,” Ms. Dougherty said.

It isn’t just high-end units in affluent neighborhoods where tenants feel pressure to pay above ask. For several months, Atlanta housekeeper Tabutha Robinson and her family had been looking to move when in April Ms. Robinson found a three-bedroom house listed for $1,325. The listing agent, Torrence Ford, warned her there were already other applications on the home.

“I felt like, if I go up just a tad on the offer, then maybe I will get it,” Ms. Robinson recalled. She offered $1,500, a stretch for her budget, she said, but what it took to finally rent a home. “I ran it by the owner, and they were so elated they went with them instantly,” Mr. Ford said.

Ms. Jones also entered the bidding-war fray. “Willing to pay $50 more,” she began writing on her applications for rental houses across the greater Washington, D.C., area.

Yet even though she and her husband T.J. have careers in government contracting and the military and say they have good credit, they were still getting outbid. At one point, they considered dressing in military garb for home showings in the hopes that might impress some property owners.

Then in March, when a four-bedroom townhouse in Ashburn, Va., hit the market for $3,000, the couple pounced. They offered an extra $200 and were accepted.

“It was scary, because at the end there we were just putting in applications sight unseen,” Ms. Jones said. “This is not normal.”