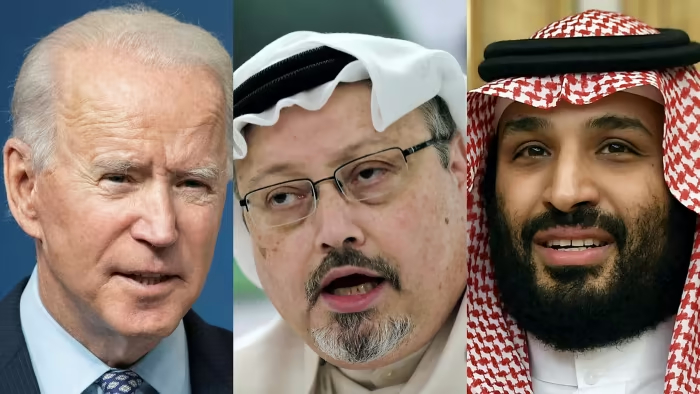 When Joe Biden took over the White House from Donald Trump last year, there was no country whose relationship with the US changed more suddenly and more drastically than Saudi Arabia.

As a candidate, Biden had vowed to treat the kingdom as a “pariah” amid mounting evidence Saudi officials were behind the 2018 murder of dissident Jamal Khashoggi; within a month in office, Biden had declassified US intelligence pointing to Crown Prince Mohammed bin Salman, the country’s de facto leader, as having been behind the killing.

But amid skyrocketing oil prices and record inflation at home, the US president — who had once characterised the “battle between democracies and autocracies” as the central guiding principle of his foreign policy — has been forced into a sharp U-turn.

Biden is now expected to meet Crown Prince Mohammed in person during a visit to Riyadh later this month, a climbdown facilitated by a furious, senior-level diplomatic offensive by the president’s top Middle East adviser and energy adviser.

On Tuesday, the White House was able to show the first fruits of the policy reversal: Opec agreed to accelerate oil production to help replace output lost to international sanctions against Russia, and Riyadh helped extend a truce between Yemen’s Saudi-backed government and Houthi rebels.

“Biden has been a sceptic of the Saudis long before MBS was on the scene,” said Daniel Shapiro, a former ambassador to Israel during the Obama administration, using the crown prince’s nickname.

But Shapiro, a distinguished fellow at the Atlantic Council, said the White House had to make an unsentimental choice in order to add oil supplies to the tightening global oil market and to ensure Riyadh supported hardening American approaches to both Russia and China.

“That’s the core bargain that would make a trip worthwhile,” he said. In exchange, Saudi Arabia wants assurances Washington will provide weapons and co-ordination to protect the kingdom from Iran and its proxies.

The oil output deal followed months of shuttle diplomacy led by Brett McGurk, Biden’s Middle East adviser, and Amos Hochstein, his senior energy adviser. The two men were in Riyadh a week ahead of Thursday’s Opec+ meeting — their fourth visit to the Saudi capital in recent weeks.

But the diplomacy has involved more than oil supplies, according to people familiar with the discussions, with a broader energy security agreement on the table, as well as the reset of the security arrangement.

The Saudis are looking for more defensive equipment, including Patriot anti-missile systems, new security guarantees, and assistance on a civilian nuclear programme, according to Helima Croft, global head of commodity strategy at RBC Capital Markets and a former CIA analyst.

Asked on Friday about a visit to Riyadh, expected to take place as part of a larger gathering of the Gulf Cooperation Council during an already-planned presidential tour of Israel and Europe, the president insisted there was nothing yet to announce.

But he defended the Saudi outreach, insisting it was part of promoting Middle East peace rather than a more hard-boiled assessment of US economic needs. “Look, I’m not going to change my view on human rights,” Biden said. “But as president of the United States, my job is to bring peace if I can.”

For the market, Thursday’s deal may be mostly symbolic — signalling Saudi Arabia’s willingness to resume its role as an active swing supplier, the “central bank of oil”. Actual oil additions may be less than announced.

That may partly explain the market’s reaction on Thursday, with international benchmark Brent actually rising 1 per cent, to settle at $117.61 a barrel. Opec+ pledged to increase supply by 648,000 barrels a day in July and August. But most of it was already planned. The net proposed increase is just 216,000 b/d.

The extra supply could be dwarfed by supply losses from Russia, which produces 10 per cent of the world’s 100mn barrels a day of crude. The International Energy Agency has said Russia could lose up to 3mn b/d of production later this year as sanctions stifle its industry.

In addition to strains over the Khashoggi murder, US-Saudi ties have been strained over Biden’s failure to support Riyadh in the Yemeni civil war, which is widely viewed as a proxy conflict between the Saudis and its main regional rival, Iran.

Biden has also shown a preference to engage with King Salman rather than Crown Prince Mohammed, a sharp change from the Trump years, when the crown prince was assiduously courted by Jared Kushner, Trump’s son-in-law and adviser.

Some within Biden’s team have urged for a Saudi thaw for months, arguing a new relationship with the 36-year-old crown price needed to be struck with a leader who will probably rule the longtime US ally for decades.

Just how far the US president is willing to go remains to be seen. As a candidate, Biden pledged not to sell the kingdom more weaponry, and he has attempted to keep human rights and democratic values at the top of his international agenda.

“I’ve been clear that human rights will be the centre of our foreign policy,” he said last summer when American troops pulled out of Afghanistan.

But the Ukraine war has forced the White House to rethink much of its original foreign policy agenda, from climate policy to its laser-like focus on the US rivalry with China.

“This was an administration that came into office talking about net zero, the age of oil being over, a new policy paradigm, a pivot to Asia — but in a crisis has now gone back to tried diplomacy,” said Croft. “It’s a return to Realpolitik . . . in a crisis, you always pick up the phone and call Riyadh.”

More Companies Than Ever Are Sharing How Much Jobs Pay