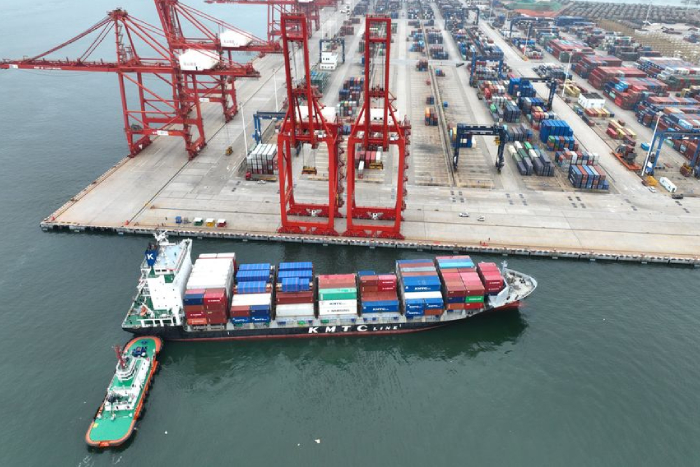 President Biden remains undecided about easing tariffs on Chinese imports, as he weighs the possible impact on inflation against the impact on American workers, Commerce Secretary Gina Raimondo said.

“He is trying to balance the benefit to inflation from cutting the tariffs against potential harm to U.S. labor,” Ms. Raimondo said in an interview. “I know he’s looking at it. He takes it incredibly seriously.”

The White House has been debating a possible tariff cut for months, with Ms. Raimondo and Treasury Secretary Janet Yellen among cabinet members who think a limited tariff reduction would benefit U.S. businesses and consumers who buy Chinese products.

“It all depends on exactly how it is done and on which products…but I think there is merit to it,” Ms. Raimondo said Monday. “That decision is with the president himself. We have briefed him a number of times.”

Democrats running in tight midterm races also feel vulnerable to Republican attacks of being weak on China and have urged the White House to resist pressure to alleviate some tariffs.

Also weighing against a tariff cut are views of economists and administration officials that such a step would have only a limited one-time impact on price levels.

The discussions have also been complicated by elevated tensions with China over Taiwan following visits this summer by House Speaker Nancy Pelosi and other lawmakers to the self-ruled island that China considers its territory.

Mr. Biden has put off a decision for months amid the division among his team and his own caution, and as other issues such as the war in Ukraine and the recently passed Inflation Reduction Act have dominated his attention.

He has been regularly briefed on the pros and cons, according to people familiar with the situation. They say the president has been presented with a package that would include options to reduce tariffs on consumer products and start a new process to allow importers to request exemption from the levies.

Another proposed action would be to launch a new investigation under Section 301 of the Trade Act targeting Chinese subsidies and practices of state-owned enterprises to protect its strategic industries such as information technology, electric vehicles, biotech and aerospace—a step that could lead to the introduction of a new set of tariffs.

Administration officials had earlier said a tariff cut was to be unveiled as early as July, targeting back-to-school items like bicycles and clothing and other consumer goods that aren’t strategic to the U.S.’s economic competition with China.

As the main weapon of his trade war with China, former President Donald Trump imposed tariffs ranging from 7.5% to 25% on Chinese imports worth roughly $370 billion over four rounds between July 2018 and September 2019.

The U.S. and China signed a trade deal in 2020, but the U.S. kept most levies on Chinese imports as a means to ensure compliance with the accord’s provisions, including promises to increase purchases of U.S. goods.