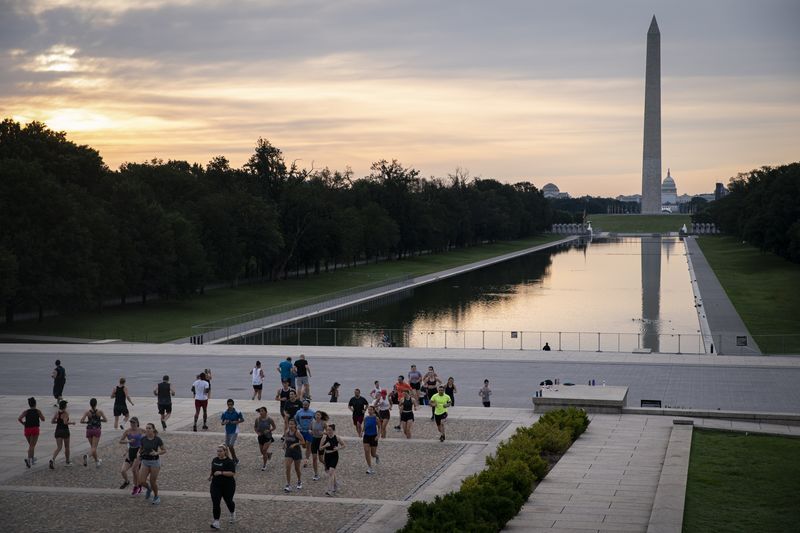 Crunch time has finally arrived for President Joe Biden’s economic agenda as congressional Democrats scramble for a deal on a slimmed-down version of what was once a multi-trillion-dollar overhaul of domestic policy.

The Senate aims to pass the revised package before its summer recess begins Aug. 8, a move that would line up a win for Democrats defending their slim congressional control ahead of November’s midterm elections.

Democrats appear to have learned from last year, when progressives and the White House tried to force holdout Senator Joe Manchin to accept a bill of up to $6 trillion. They later scaled it down to $2.2 trillion, but the moderate West Virginian — whose vote is pivotal in the 50-50 Senate — ended up walking away.

This time, Senate Majority Leader Chuck Schumer has worked closely with Manchin to reach agreement on prescription drug price cuts and extending Medicare’s solvency. More contentious details on energy spending and tax provisions aren’t finalized between the two senators, but Democrats hope to unveil deals on those this week.

The new bill is expected to raise about $1 trillion in revenue, half of which would be used on new spending and half on cutting the deficit over a 10-year period.

To pass the bill by a simple majority using the budget process, all 50 members of the Senate Democratic caucus will need to be present and vote for the legislation.

But the fragility of the Democrats’ majority was highlighted in late June when Senator Patrick Leahy of Vermont broke his hip. His office says the 82-year-old Democrat will be available to vote as soon as this week, but it’s unclear whether he could withstand the hours-long, late-night voting typical of the budget process.

There’s also no guarantee of passage in the House, where Democrats can afford few defections. Many progressives there could balk at a bill that has shrunk from the $10 trillion social plan they once envisioned.

How the Biden budget reconciliation bill shakes out will influence what else Congress can accomplish before the midterms.

Here is the status of the components of the Democratic agenda:

The two pieces of the budget bill that Senate Democrats have negotiated so far — drug pricing and raising taxes on the wealthy to extend the solvency of Medicare — have the best prospects for passage in the coming weeks, as long as the Senate’s parliamentarian concludes that they comply with stringent budget rules.

The drug bill would allow Medicare to negotiate the prices of some drugs — generating substantial savings for the government — and cap out-of-pocket costs for seniors at $2,000 per year. The Medicare piece would require so-called pass-through businesses to pay a 3.8% health surcharge on some income.

Democrats also want to shoehorn into the package an extension of expanded subsidies for Obamacare premiums. That would avoid the cost of some plans tripling in January, when the enlarged subsidies phase out — an issue that would certainly turn off some middle-class voters ahead of the midterms.

Separately, Schumer has decided to hold a vote soon on a bipartisan measure that would cap monthly out-of-pocket insulin costs for those on Medicare and with private health insurance at $35.

The House in November passed a bill with $550 billion in funding for climate-related initiatives. The Senate is looking to pare that back to appease Manchin. On the possible chopping block are direct-pay subsidies to renewable energy firms and expanded tax credits for the purchase of electric vehicles.

The final package is expected to include some kind of fee on methane emissions from oil and gas operations, Democratic Senator Tom Carper of Delaware said. Manchin also continues to press the administration to fast-track permitting for fossil fuels.

A 15% corporate minimum tax on so-called book profits is expected to make it into the budget package, but negotiations continue on a 15% global minimum tax and a surtax for high earners.

So far, it’s unclear how Democrats will deal with demands by a key group of House members for lifting the $10,000 cap on the federal deduction for state and local taxes (SALT). That change would benefit voters in high-tax states like New Jersey, New York and California. Democrats including New Jersey’s Josh Gottheimer have said their votes hinge on lifting the SALT cap.

Revenue in the current proposal also comes from expanded funding for tax audits and a 1% tax on stock buybacks. A so-called millionaires surtax, however, is on the verge of being cut from the package.

A bipartisan bill aimed at boosting U.S. industrial competitiveness against China and investing in the domestic semiconductor industry is in jeopardy after Senate Minority Leader Mitch McConnell said he would block it because Democrats are now pushing the reconciliation bill to ram through Biden’s economic agenda.

Democrats are exploring options to get around the McConnell blockade, including the House simply passing the version of the China bill that the Senate passed last year. It’s unclear, however, whether there are enough votes.

The Oct. 1 start of the coming fiscal year is approaching, and Congress is far from completing the necessary annual federal spending bills. The House plans to pass a package of six bills the week of July 18, but it’s almost certain the federal government will require a stopgap continuing resolution come October, since Senate Republicans don’t support the House bills.

The House’s $1.6 trillion top-line spending level is sure to change given bipartisan support for higher military spending in the face of high inflation and the fresh security challenges posed by Russia’s Ukraine invasion. A push by Democrats to allow taxpayer funding for abortions in the wake of the Supreme Court ruling overturning Roe vs. Wade could make talks with the GOP difficult.

The Senate’s tentative plans for a July vote on a bipartisan antitrust measure risks getting pushed into September or beyond given the focus on the Biden economic agenda. The legislation would bar major online companies from favoring their own service over those of rivals who use their platforms.

Amazon Inc., Alphabet Inc.’s Google, Apple Inc. and Meta Platforms Inc. — the companies most likely to be affected by proposed legislation — have spent millions of dollars lobbying against it. The bill has support from a wide range of lawmakers, as well as smaller tech companies like Yelp, Match Group and Spotify.

The House this week will vote on the annual defense authorization bill, which calls for a $37 billion boost to the national security budget above Biden’s request. But appropriators would need to sign off on it in order for the higher level of spending to come into effect.

The Senate Armed Services Committee’s version of the policy bill authorized a $45 billion increase. The Senate likely won’t take up the defense bill until at least September, and it could become a vehicle for elements of the stalled China competition bill.