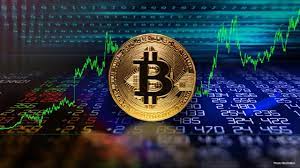 The Cryptocurrency dropped 17% After El Salvador Embraced Its Currency in The Country’s Economy.

Bitcoin’s selloff eased Wednesday, offering some respite to holders of the volatile cryptocurrency after a flash crash a day earlier erased billions of dollars in its value.

The largest cryptocurrency by market value edged about 1.9% lower from its 5 p.m. ET level on Tuesday to trade at about $45,896.30 apiece, according to CoinDesk. It briefly dropped 17% over the course of a few minutes on Tuesday, and ended the day down about 10%. Other digital assets also have lost steam: Ether, the second-largest, slid 1.1% Wednesday.

There hasn’t been a single catalyst to precipitate the recent selloff. A 70% run-up in bitcoin’s value since late July—combined with the euphoria tied to El Salvador adopting bitcoin as a national currency starting Tuesday—could have prompted traders to book profits, analysts say. Investors have also been stepping up bets on other cryptocurrencies in recent months, giving a boost to the Ethereum and Cardano blockchains and driving up prices on nonfungible tokens.

Bitcoin and rival digital assets are also notoriously jumpy, with prices frequently swinging wildly on rumors, tweets by influencers or a shift in sentiment among groups of traders banding together on social media to make speculative bets.

In the latest bout of volatility, bitcoin lost more than $100 billion in market value since Sunday. Other cryptocurrencies also took a hit: Ether has lost about $67 billion, and Cardano’s ada shed about $17 billion.

“Profit-taking was very much on the cards,” said Naeem Aslam, London-based chief market analyst at brokerage AvaTrade. “In our view, that is a very healthy pullback.”

A host of factors could be dampening optimism and could stump a further rally in bitcoin. Coinbase Global Inc. said Wednesday that the Securities and Exchange Commission had threatened to sue the cryptocurrency exchange if it launches a program that lets users earn interest by lending crypto assets. Coinbase shares fell 4.3%.

Glitches in the rollout of El Salvador’s adoption of bitcoin as a national currency could also be curtailing expectations among some traders. The Central American country’s President Nayib Bukele said early Wednesday that the government’s bitcoin e-wallet would be taken offline between 1 a.m. and 6 a.m. local time to make improvements and address issues reported by users.

The friction between heightened adoption of cryptocurrencies world-wide on one hand and regulators paying more attention to the market on the other could lend to more volatility in digital assets, analysts say.