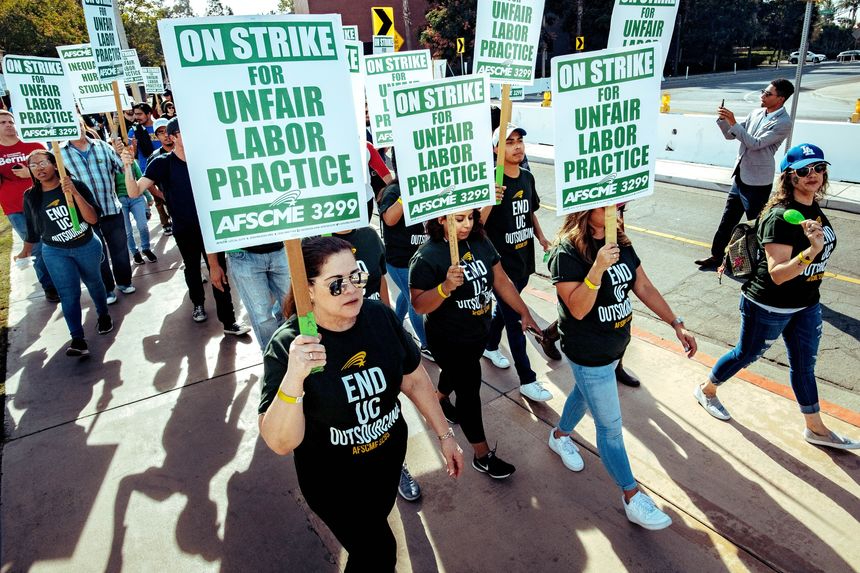 California is on the verge of an unprecedented giveaway to Big Labor with the potential to make national political waves. In the final hours of the Legislature’s 2022 session, lawmakers sent a bill to Gov. Gavin Newsom that would create a first-of-its-kind tax credit for union dues. The starting annual cost to the state would be $400 million.

The credit would make union membership more attractive to employees by shifting part of the cost to taxpayers. Alternatively, unions could collect more from existing members by increasing dues to capture the credit. California law allows unions to spend member dues on electoral politics, so taxpayers would effectively be forced to subsidize union politicking.

There’s little doubt about which side of the aisle would benefit. Noting that unions “have deep ties to the Democratic Party and a stake in nearly every aspect of state government,” CalMatters reported that unions spent more than $25 million defending Mr. Newsom in last year’s recall, more than a third of his total backing.

Before Janus, the burden of subsidizing union speech fell on public employees. A tax credit for union dues shifts it to taxpayers, with no limiting principle. If taxpayers can be required to pay part of employees’ dues, why can’t they pick up the whole tab? Does it matter that, as Justice Lewis Powell observed, “the public sector union is indistinguishable from the traditional political party” in many respects? At least some of the funding increase unions will enjoy from this credit will go straight to political campaigning.

Many federal and state laws restrict the use of public funds for politics. To remain tax-exempt, nonprofit organizations are prohibited from supporting or opposing candidates for office. But that doesn’t necessarily mean a state can’t change the rules.

Aaron Tang is a University of California, Davis, law professor who specializes in brainstorming ways to “outmaneuver the court and avoid the consequences of a ruling.” He has called on states to use government funds to replace union revenue lost to Janus directly. Troublingly, this might even pass constitutional muster. While Janus recognized that “compelled subsidization of private speech seriously impinges on First Amendment rights,” the Supreme Court concluded in Johanns v. Livestock Marketing Association (2005) that Americans “have no First Amendment right not to fund government speech.”

First Amendment scholar Eugene Volokh considers direct taxpayer funding of unions constitutionally permissible as government speech. ”Nothing forbids the government from funding controversial causes like Planned Parenthood . . . the National Rifle Association or the American Civil Liberties Union,” he has written. Presumably this means that government can constitutionally fund political parties themselves. But the high court cautioned in Matal v. Tam (2017) that the government-speech doctrine is “susceptible to dangerous misuse,” especially if “private speech could be passed off as government speech.”

California may have fired the first shot in an interstate political arms race. If lawmakers in blue states begin forcing taxpayers to fund national progressive political organizations, politicians in red states will inevitably feel that forcing their respective tax bases to subsidize conservative groups is necessary and justified. It doesn’t take much imagination to see how this could accelerate the nation’s descent into extreme partisanship and winner-take-all governance. Given the already precarious state of civil society, that’s the last thing the country needs.