China Inflation Rises on Gains in Food and Fuel Prices 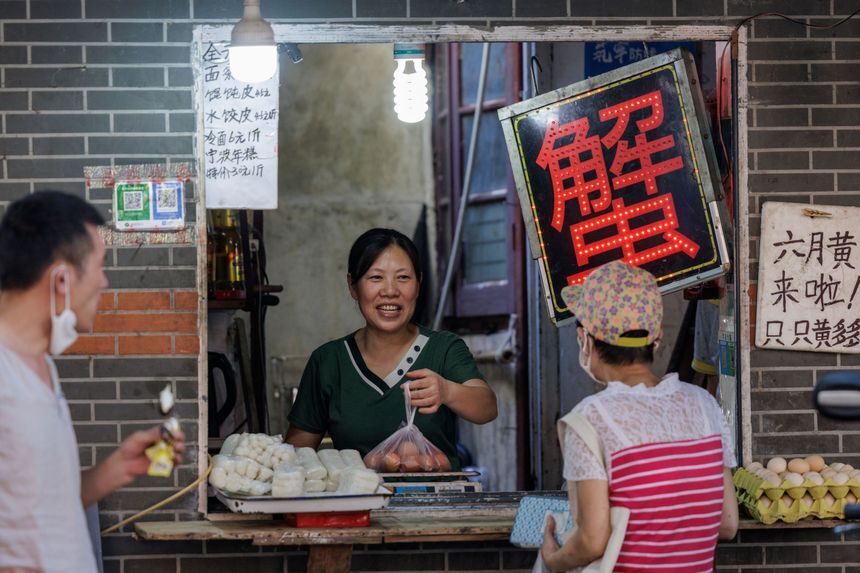 SINGAPORE—Inflation in China accelerated more than expected in June as prices for food and fuel picked up, but cost pressures remain muted compared with blistering gains in Europe and the U.S.

Consumer prices rose at a 2.5% annual pace in June, China’s National Bureau of Statistics said Saturday, picking up from a 2.1% increase recorded in May. Economists polled by The Wall Street Journal had expected year-over-year inflation of 2.4%.

Producer prices slowed for the eighth straight month, however, suggesting inflationary pressure in the wider economy is moderate. Prices charged by companies at the factory gate rose 6.1% from a year earlier, compared with a 6.4% reading in May, which was down sharply from the 13.5% pace recorded in October.

Subdued inflation means Chinese authorities can focus more squarely on reviving an economy squeezed by Beijing’s zero-tolerance approach to Covid-19, a real estate slump and a pullback in global trade.

Data to be released Friday is expected to show China’s economy barely grew in the second quarter from a year earlier—and probably shrank on a quarterly basis as lockdowns blanketed major cities like Shanghai.

China’s slowdown means a once dependable engine of the global economy is throttling back at the same time as high inflation and rising interest rates are eating into growth in the U.S. and other advanced economies.

The World Bank said last month that it expects the world economy to expand just 2.9% in 2022 and stay around that level for the next couple of years, as Russia’s invasion of Ukraine disrupts activity, investment, and trade while governments and central banks hastily withdraw stimulus to counter galloping inflation.

China stands out for its divergence from the global pack. Its government and central bank are enacting a range of stimulus policies to revitalize growth in an important political year. President Xi Jinping is seeking to break with recent precedent and secure a third term in office at a Communist Party gathering in the fall.

Economists, though, say a big revival is unlikely. Consumers and businesses are hesitant to spend while there is a risk of further lockdowns to squash any new Covid-19 outbreaks, they say. Authorities in Shanghai ordered a new round of mass testing this week for more than half the city of 25 million inhabitants after detecting around two dozen new Covid-19 infections.

The acceleration in June’s inflation number was driven by higher prices for gasoline and fuel as well as food, China’s statistics agency said. Prices for airfares and hotels also rose as spending picked up following the easing of Covid-19 restrictions.

Economists expect inflation in China to nudge higher in the coming months as its economy recovers and as pressure on producer prices earlier in the year from spiraling fuel costs and supply disruptions shows up in prices paid by consumers. Still, inflation is likely to peak around September, economists say, at around 3% or less.

In contrast, U.S. consumer prices rose 8.6% from a year earlier in May, the fastest pace of inflation since 1981. Annual consumer-price inflation in June hit the same 8.6% rate in the 19 nations that use the euro, according to a preliminary estimate.

China’s experience is unusual even in Asia, where aside from Japan, most countries are seeing a sharper pickup in price growth and central banks are tapping the brakes in response.