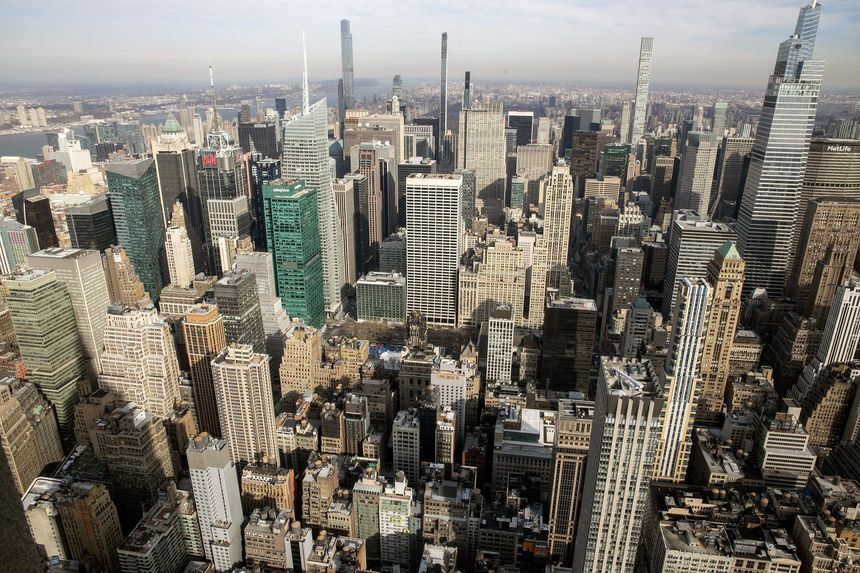 Commercial real estate is showing the first signs of cooling in more than a year, disrupted by rising interest rates that are already causing some deals to collapse.

Property sales were $39.4 billion in April, which was down 16% compared with the same month a year ago, according to MSCI Real Assets. The decline followed 13 consecutive months of increases.

Hotels, office buildings, senior housing and industrial properties recorded big drops in sales. Sales of other property types, such as retail and apartments, rose in April, but analysts and brokers said activity may be now slowing in those sectors, too, as rising interest rates keep some investors from making competitive offers.

In March, total commercial property sales had risen 57% from the same month a year before.

“To have it go from a very fast pace of growth the month before—the speed of that transition is shocking,” said Jim Costello, chief economist at MSCI Real Assets. A drop in sales can be an early indicator of stress in real-estate markets because prices are usually slower to change, he added.

After an early-pandemic scare in which sales of most types of commercial real estate declined, commercial property sales began rebounding in late 2020. Low interest rates and strong demand, especially from multifamily and industrial tenants, fueled property sales throughout 2021 and into this year.

Now, with interest rates considerably higher—the yield on 10-year Treasury notes, a common benchmark for commercial mortgages, has nearly doubled this year—property investors that rely on large amounts of debt have been some of the first ones to fall out of the market, brokers and investors said.

In some cases, investors are finding that with the increased cost to borrow, their near-term rate of return runs below the interest rate on their mortgage. Lenders, in turn, are now tightening their standards for more-speculative deals, brokers said.

In certain sectors, such as smaller industrial and retail real estate, prospective buyers that wrote letters of intent to purchase properties weeks ago are now dropping their bids because the cost to borrow has risen so quickly, said Joshua Campbell, a senior vice president at Stan Johnson Co., a commercial real-estate brokerage.

“That was not happening two to three years ago,” Mr. Campbell said.

Other investors are walking away from deals already in contract. Innovo Property Group recently backed out of an agreement to buy a Midtown Manhattan office tower for $855 million after surging interest rates made it harder to find a mortgage, according to a person familiar with the matter. The about-face meant the investor lost its $35 million deposit, according to another person involved in the deal.

Surging interest rates in recent weeks have left many investors with a choice between losing their deposit or paying much more than expected for their mortgage, said Jay Neveloff, a partner at law firm Kramer Levin Naftalis & Frankel LLP.

Most have been moving ahead with planned purchases, he said, but other investors are more cautious now about signing new contracts. That will inevitably drive down prices. “The pricing can’t be blind to changes in capital markets,” Mr. Neveloff said.

As the buyer pool narrows and interest rates rise, sellers are becoming more likely to make concessions to close deals, said Henry Stimler, an executive in the multifamily capital-markets division at the Newmark real-estate firm.

His firm recently brokered the sale and financing of a $457.5 million multifamily portfolio concentrated in the Carolinas, where rent growth has been strong over the past year.