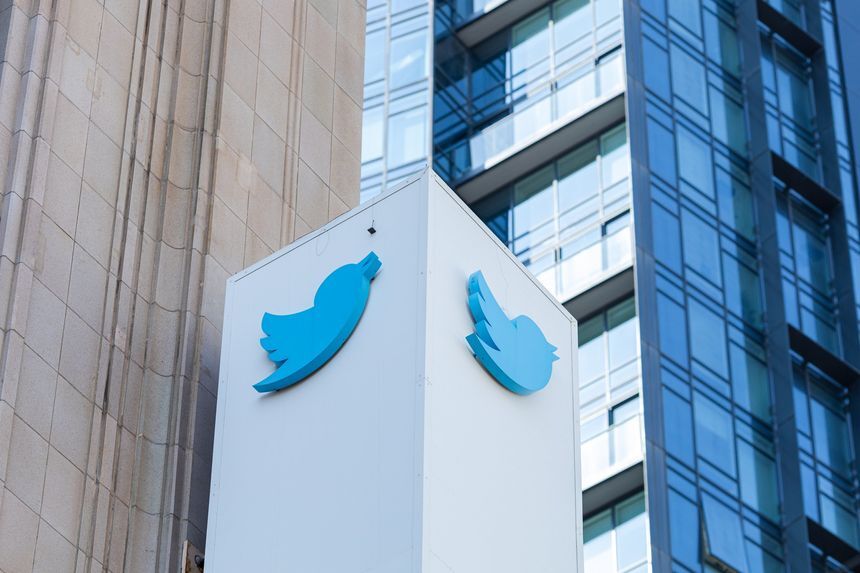 In a whistleblower complaint made public Tuesday, the social-media platform’s former head of security accused Twitter of making misleading regulatory disclosures about spam and fake accounts, an issue at the center of Mr. Musk’s stated reasons for abandoning the deal.

The complaint is separate from the merger dispute in Delaware but could be wielded to request more discovery, add fresh claims and provide new information about whether Mr. Musk had accurate details when he agreed to buy the company, according to legal scholars, litigators and lawyers following the case.

Still, notable differences exist between the complaint and Mr. Musk’s lawsuit, and it isn’t clear how much impact the whistleblower’s allegations will have on the trial or offer grounds to terminate the deal, legal academics and attorneys say. Mr. Musk’s legal team likely would have to show a deliberate attempt by Twitter executives to misrepresent or omit information about the data, the observers say.

Twitter sued Mr. Musk on July 12 in Delaware Court of Chancery to try to force him to go through with his takeover bid after he said in a July 8 securities filing that he planned to walk away. Mr. Musk said he wanted out because the company hadn’t provided the necessary data and information he needed to assess the prevalence of fake or spam accounts on its platform. Mr. Musk later countersued, accusing Twitter of fraud for misrepresenting the condition of its business and key metrics about the users on its platform.

The whistleblower complaint was submitted last month to the Securities and Exchange Commission by Peiter Zatko, who was fired by Twitter earlier this year. A Twitter spokeswoman said Tuesday that Mr. Zatko’s complaint “is riddled with inconsistencies and inaccuracies and lacks important context.”

According to a securities filing Wednesday, Twitter responded in June to questions from the SEC staff about how it calculates bots and whether an error in how it tallies monetizable daily active users, or MDAUs, revealed problems in its financial reporting. Twitter said the error wasn’t significant and didn’t affect its earnings or other financial results.

A representative for Twitter declined to comment Wednesday on how the whistleblower complaint would affect its lawsuit in Delaware. A representative for Mr. Musk didn’t respond to a request for comment, but his attorney previously said he sent a subpoena to Mr. Zatko, and found his exit curious.

“It adds more fuel to the fire for [Mr.] Musk,” Brian Quinn, a professor at Boston College of Law who focuses on corporate law and mergers and acquisitions, said of the whistleblower complaint.

Mr. Musk and Mr. Zatko each say Twitter is misrepresenting various ways of measuring its users, but offer different explanations for what they think is wrong with Twitter’s math and why it matters.

It is those differences as outlined by Mr. Zatko that could end up becoming supplementary claims for Mr. Musk, lawyers and legal scholars said, even if the details from Mr. Zatko don’t directly align with the existing arguments from Mr. Musk.

“Musk’s attorneys have sent out a lot of subpoenas for information about what metrics Twitter paid attention to,” said Ann Lipton, a professor at Tulane University and a former corporate lawyer. “They want to show that the company omitted required information, and show a violation of” SEC rules.

Hurdles still exist using Mr. Zatko’s complaint, she said. Although he threw doubt on the methodology that Twitter uses to determine how many fake accounts are on the platform, Ms. Lipton said from a legal perspective that allegation alone won’t prove Mr. Musk’s claims, but rather it opens pathways for his attorneys to argue that he was misled by information available at the time of the merger.

A hearing in the lawsuit over the stalled takeover is scheduled for Wednesday in Wilmington, Del., for oral arguments over requests by Mr. Musk for documents. Lawyers for Mr. Musk and Twitter have been bickering over the terms of discovery in the Delaware lawsuit since the judge granted Twitter’s request for an expedited schedule. A five-day nonjury trial is scheduled for October in Delaware Chancery Court.

Mr. Musk alleges that Twitter undercounts the percentage of MDAUs that are spam or fake accounts, thus misleading advertisers and regulators. In his countersuit in Delaware, he alleges that the number of Twitter users who see ads is far lower than what Twitter says.

In the whistleblower complaint, Mr. Zatko doesn’t take issue with how the company measures MDAUs. He alleges that Twitter executives are motivated to avoid counting spam and fake accounts and thus avoid removing them, though they affect users’ experience on the platform.

Mr. Musk’s attorneys would have to prove that Mr. Zatko’s allegations are significant enough to constitute a material adverse effect on the platform’s business, which could be grounds to terminate the agreement.

If there were material misrepresentations or omissions from reports to regulators before the merger agreement was signed, that would allow Mr. Musk to terminate the agreement, said Paul Regan, associate professor at the Delaware University Law School. His obligation to close the deal is expressly conditioned on Twitter’s representations being accurate, including the filings to the SEC.

Mr. Regan said Mr. Zatko represents a third voice in the Delaware litigation without a stake in the outcome, and that could carry more weight in “what otherwise is a battle of experts.”

Mr. Musk is likely to update his counterclaims to reflect the latest accusations about Twitter’s handling of bot and spam accounts, said Adam C. Pritchard, a securities and corporate law professor at the University of Michigan. His attorneys are also likely to seek an extension of the period to conduct discovery and a new trial date beyond October, Mr. Pritchard said.

Mr. Musk waived due diligence before agreeing to acquire Twitter in April, but that may be irrelevant if he can argue that Twitter misrepresented its fake and spam accounts in regulatory filings, Mr. Pritchard said.

“If there is concealment, then you have an argument that even if I did my due diligence, I would not have turned anything up,” Mr. Pritchard said.

Mr. Musk would have to prove that the board intentionally failed to disclose the security vulnerabilities of the platform, Boston College’s Mr. Quinn said, and that he relied on those disclosures when penning the deal.

It is rare for a whistleblower case to affect the outcome of a merger deal, Mr. Quinn said, but it has happened. In an acquisition dispute between generics drug manufacturer Akorn and Fresenius SE, also in Delaware court, a complaint revealed allegations that, if true, would have significant consequences.

In that case, Mr. Quinn said, the disclosures were considered by the court to be potentially material to the business. The deal crumbled.

“We aren’t there yet,” he said of the implications of the whistleblower complaint on Twitter’s case.