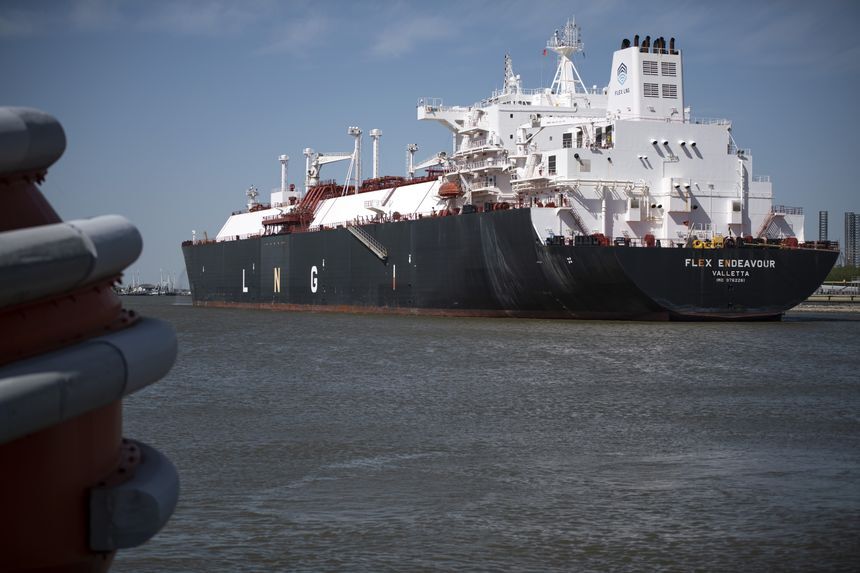 The 14-year highs reached this week by U.S. natural-gas futures show the unceasing demand for U.S. shale gas across the Atlantic—and likely point to higher prices ahead.

The latest price spike came in response to Russia’s plans to shut down one of Europe’s main fuel arteries for a few days at the end of the month. The shutdown announced Friday is either the latest episode of unplanned maintenance along the vital Nord Stream gas pipeline or an act of economic warfare on Russia’s part in retaliation for Western Europe’s support for Ukraine.

Surging prices in Europe, weather that remains hotter than normal in much of the country and the heart of hurricane season, when storms can knock out production platforms in the Gulf of Mexico, threaten to send prices higher, analysts and traders say.

“Virtually all of our fundamental and technical indicators continue to flash green lights toward higher price levels,” trading firm Ritterbusch & Associates told clients on Monday, predicting that near-term prices could climb to as high as $11.90.

On Monday, U.S. futures for delivery in November, December and January each topped $10 per million British thermal units. Prices haven’t been that high since 2008, which was back before the shale-drilling boom flooded the domestic market with cheap gas and the U.S. flipped from importing the power-plant fuel to becoming the world’s leading exporter.

Front-month futures aren’t far behind winter prices. Gas for September delivery hit above $10 early Tuesday, up more than 20% this month and more than twice the price a year ago.

Normally this time of year, prices ease into the mild weather of autumn, encouraging producers and traders to store gas in underground caverns until winter, when demand and prices are usually at their highest.

This year, though, brisk exports, the electricity demand associated with some of the hottest and driest weather on record and sluggish production growth have kept U.S. natural-gas supplies from swelling into heating season.

The U.S. Energy Information Administration last week reported an unseasonably meager injection into storage facilities that enlarged to 12.7% the deficit to typical inventory levels for this time of year.

“We are beginning to see a lag in storage builds that could lead to a precarious situation during the draw season in the event of a harsher-than-expected winter,” said Neal Dingmann, an energy equities analyst at Truist Securities. “There is potential for a winter U.S. superspike.”

Monthly domestic production reached its highest level since the pandemic in May, though remained short of the output record set in December 2019, EIA data show. Analysts say output has decreased lately.

Domestic demand is rising, though. Coal prices that have risen more sharply than those for gas and scarce supplies have limited power producers’ options for generating electricity, which has been in high demand to run air conditioners this summer. Government energy forecasters expect average daily U.S. gas consumption this year to be 3% higher. They expect year-over-year production gains at roughly the same rate.

Meanwhile, exports are set to rise this fall when one of the country’s biggest liquefied-natural-gas, or LNG, terminals resumes operations. Freeport LNG’s facility on a Texas barrier island has been shut down since a fire in early June, reducing U.S. export capacity by about one-sixth, or about 2 billion cubic feet a day.

That is roughly enough gas to power 50,000 homes for a year and became available to domestic buyers this summer, helping to keep prices down at home. Freeport said earlier this month that it expects to resume exports in October.