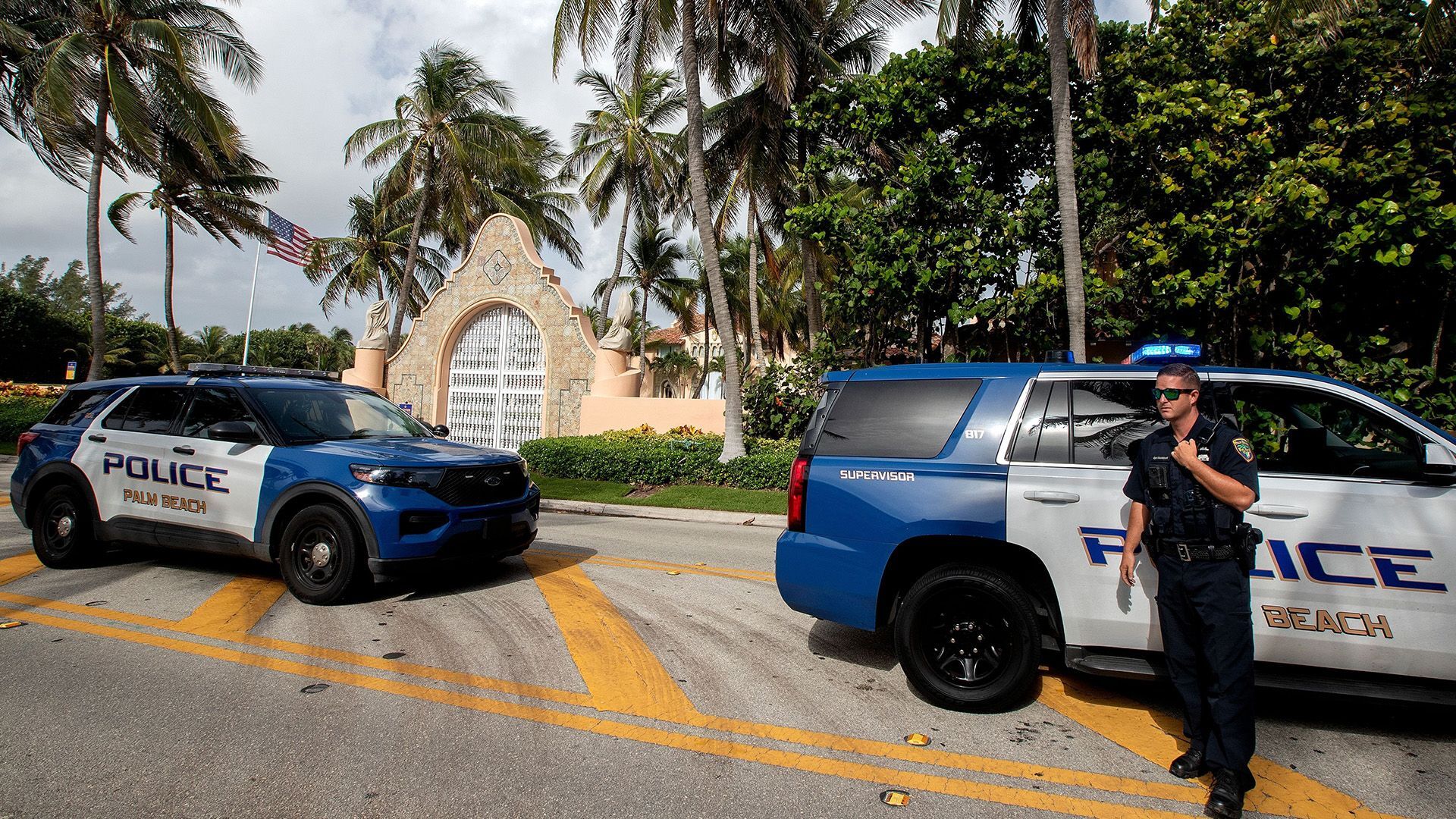 Federal agents searched former President Donald Trump’s Mar-a-Lago home on Monday in part because they believed additional classified information remained at the private club after the National Archives retrieved more than a dozen boxes of White House documents from the resort earlier this year, people familiar with the matter said.

Mr. Trump was in New York at the time, as the resort is mostly dormant during the summer months. The FBI met U.S. Secret Service employees on Monday morning outside Mar-a-Lago to alert them they were executing the warrant. After the search, the federal agents hauled away roughly 10 more boxes, a person with knowledge of the operation said.

The extraordinary law-enforcement action came two months after Justice Department lawyers, including an official who supervises investigations involving classified information, visited the Palm Beach, Fla., residence seeking more information about potentially sensitive material that had been taken there from the White House.

Monday’s hourslong search marked an escalation of a federal investigation that began earlier this year into how classified documents ended up in boxes of White House records discovered at Mar-a-Lago.

The Justice Department has been looking into the former president’s handling of official records as well as his actions around the Jan. 6, 2021, attack on the U.S. Capitol. Monday’s search is separate from the Jan. 6 investigation, the people familiar with the probe said. Mr. Trump has denied wrongdoing and casts the investigations as part of a long-running campaign by Democrats.

The Federal Bureau of Investigation was executing a warrant, which is predicated on the belief that there may be evidence of a crime at that location, though it is unclear how the investigation may progress and whether prosecutors are considering bringing any charges against Mr. Trump. It adds to potential legal trouble the former president faces as he signals he might make another bid for the White House in 2024.

The Justice Department recently added more prosecutors and resources to a separate inquiry into efforts by Mr. Trump and his allies to overturn his 2020 election loss, with clear signs that investigators are examining Mr. Trump’s own actions around the time of the Jan. 6, 2021, attack on the Capitol and not just those of his associates. A House panel conducting a parallel investigation has been interviewing additional witnesses this week.

Legal historians couldn’t recall another case in recent history in which the FBI searched the home of a former president.

Mr. Trump, who for months had been in discussions with federal officials about his presidential records, called the raid “not necessary or appropriate.” In a statement Monday night, the former president said his home was “under siege, raided, and occupied by a large group of FBI agents.”

Palm Beach County State Attorney Dave Aronberg, a Democrat who has spoken with local law enforcement about the incident, said it “is a gross exaggeration” to call the search a raid. “This was a very orderly, smooth search of a home conducted by plain clothes FBI agents, escorted by Secret Service agents,” he said.

Before the FBI search, a federal magistrate approved a warrant for FBI agents to search the property, indicating investigators may have believed there was additional classified information at the location. A person familiar with the matter identified the judge who approved the warrant as U.S. Magistrate Judge Bruce Reinhart. No one answered the phone in his chambers on Tuesday. Judges who usually review such requests aren’t presidentially appointed but are named by the judges on the federal district court.

A person familiar with the warrant said the warrant refers to “presidential documents” but included few specifics.

The search also would likely have required signoff from the highest echelons of the Justice Department, including Attorney General Merrick Garland, who was appointed by President Biden, and Christopher Wray, the FBI director appointed by Mr. Trump in 2017, current and former department officials said. A Justice Department spokeswoman declined to comment Tuesday, citing the agency’s practice of not publicly discussing ongoing investigations. Mr. Garland has said little publicly about any of the Justice Department’s Trump-related investigations other than noting to reporters that no one is above the law.

White House press secretary Karine Jean-Pierre said Mr. Biden wasn’t informed in advance of the FBI’s search of Mar-a-Lago. She declined to comment on the search, adding that the Justice Department conducts its investigations independently of the White House.

“The president and the White House learned of this FBI search from public reports, we learned just like the American public did,” Ms. Jean-Pierre said on Tuesday.

The showdown over documents escalated in January when the National Archives retrieved 15 boxes of documents and other items from Mar-a-Lago that Mr. Trump should have handed over to the agency at the end of his term. A person familiar with the records said they included a letter former President Barack Obama left for his successor and correspondence between Mr. Trump and North Korean leader Kim Jong Un.

The boxes contained some documents subject to a federal law requiring official records to be turned over when a president leaves office as well as some material archives officials described only as “classified national security information,” prompting them to refer the matter to the Justice Department for investigation.

The Justice Department makes a priority of investigating potential theft or mishandling of classified information, though often those cases involve evidence that the person involved leaked the information or sought to provide it to a foreign government.

In June, investigators met with a pair of Trump attorneys who took them to a basement room where the boxes of materials were being stored, a person familiar with the matter said. The investigators looked around and eventually left, the person said. Mr. Trump himself was present only briefly during that visit, making small talk but answering no questions.

The Justice Department told Trump lawyers in a June 8 letter to further secure the room where the documents were stored, the person said, prompting staff to lock the room.

On Monday, FBI agents “seized paper,” said Trump lawyer Christina Bobb, who was present during the FBI search. A spokesman for the Secret Service referred questions to the FBI, where a spokeswoman declined to comment.

It remains unclear how Monday’s search related to the June visit.

Strict rules govern the handling of classified information, which typically must remain in facilities designed to store them. Federal law bars government employees from removing classified information and holding it at an unauthorized location. Someone convicted of that offense could face a fine and up to five years in prison.

A separate federal law makes it a crime to conceal, remove or destroy records filed with courts or in public offices, punishable with a fine and up to three years in prison. Government employees convicted of breaking that statute can also be disqualified from holding any federal office. That penalty wouldn’t apply to Mr. Trump if he were found to have violated the statute, some legal experts said, because the Constitution dictates the qualifications a presidential candidate must have, and Congress can’t add new ones.

Charges under either statute are relatively uncommon, lawyers said.

The FBI in 2016 investigated then-Democratic presidential candidate Hillary Clinton over whether she mishandled classified information during her time as secretary of state, but didn’t ultimately bring charges. Mr. Trump repeatedly criticized Mrs. Clinton in 2016 in connection with that investigation, saying she should have been prosecuted.

In 2015, Retired Gen. David Petraeus, the former director of the Central Intelligence Agency, pleaded guilty to violating a prior version of the classified-information law, which at the time was a misdemeanor offense. He admitted to sharing “black books” that contained his schedule and personal notes with his biographer, with whom he said he had an extramarital affair. The judge imposed a $100,000 fine.

In another example, Samuel Berger, a national security adviser to President Bill Clinton, pleaded guilty in 2005 to a misdemeanor charge of knowingly removing classified documents from the National Archives and Records Administration. Mr. Berger was reviewing classified records at the archives in connection with requests made by the commission investigating the Sept. 11, 2001, attack on the U.S. and removed some documents he wasn’t authorized to take. He was fined and sentenced to two years of probation.