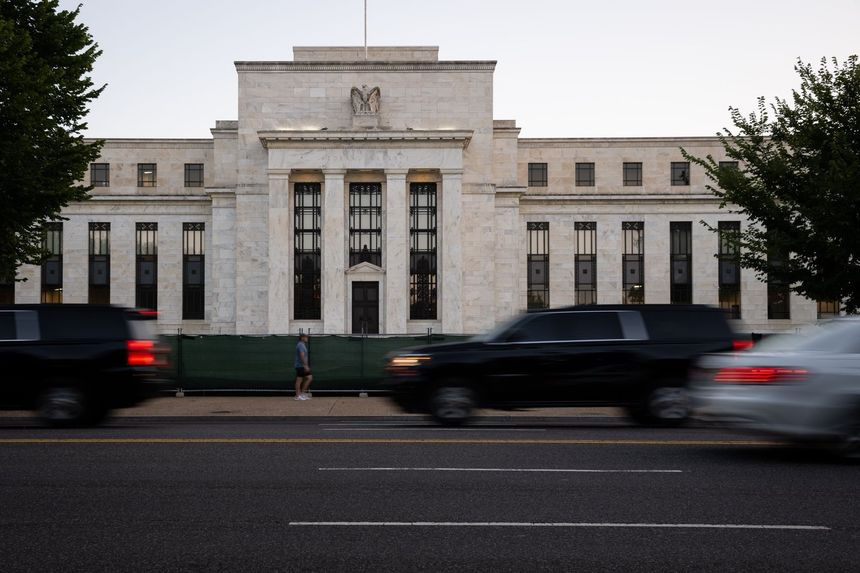 The Federal Reserve is set to launch a long-awaited faster payments system next year, a step that officials say will modernize an outmoded infrastructure and ensure that near-instant payments become widely available.

The new system would allow bill payments, paychecks and other common consumer or business transfers to be available quickly and round-the-clock, a change from an existing system that is closed on weekends and can at times take several days before funds become available. Last year, those older rails handled more than 29 billion payments, valued at close to $73 trillion.

The Fed system would also compete with another real-time network built and launched by big banks in 2017, which processes a much smaller volume of payments.

The Fed has said its system, to be called FedNow, would provide a second option in the market that would lower costs, improve efficiency and reduce the vulnerability of the financial system. That could be attractive to some smaller lenders that have been reluctant to use the big-bank system. As with that other system, the Fed would charge only enough to recoup its costs.

Get The Economist Digital Subscription 3 Years for  $57

“FedNow will help transform the way payments are made through new services that allow consumers and businesses to make payments conveniently, in real time, on any day, and with immediate availability of funds for receivers,” said Fed governor Michelle Bowman in a speech earlier this month. She said the system would be available by mid-2023.

Fed Chairman Jerome Powell and Treasury Secretary Janet Yellen have also talked about the forthcoming payments system in speeches this year. Fed Vice Chairwoman Lael Brainard, who has led the Fed’s work on payments in recent years, is set to deliver a speech on FedNow on Monday.

The system, approved by the Fed in 2019, comes as new technologies are upending long-established processes for moving money.

While other countries have moved to set up near-instant systems much more quickly, the Fed proceeded slowly.

For millions of Americans, getting a payment immediately versus in a day or two is crucial. An entire section of the financial-services industry fills the time gaps that today’s payment system leaves open, including payday lenders and check-cashing stores. They effectively offer bridge loans at high interest rates that prevent even more expensive utility shut-offs and overdraft fees.

Aaron Klein, a senior fellow at the Brookings Institution, said the Fed’s slowness in setting up FedNow—the project has been in the works for more than seven years—has cost consumers hundreds of billions in the form of overdraft fees, check-cashing fees and late fees.

The stated benefits of FedNow might be limited at first, as the system won’t initially launch with capabilities that would ensure nationwide availability of nearly instant payments, such as so-called interoperability with the existing instant-payments network built by big banks. The Fed says interoperability is a goal but may not be achievable early on.

At present, the electronic banking system in the U.S. relies in part on two main networks that allow payments to move from one financial institution to another. The Automated Clearing House system, which started in the 1970s, typically provides overnight transactions, so Monday’s payments show up in bank accounts on Tuesday. It also increasingly offers same-day payment transfers.

The Real-Time Payments system, the network owned by the largest banks, goes even faster, letting customers choose to get their money nearly instantly. That system now reaches more than half of checking accounts, though many smaller banks and credit unions aren’t part of it, and not all payments at the bigger banks go through it. The system processed 41.2 million transactions for a total of $18 billion in the second quarter.

The extent to which FedNow is successful could help determine whether the Fed decides to move forward with a central bank digital dollar over the coming years. Unlike private cryptocurrencies such as bitcoin, a Fed-issued central bank digital currency would be backed by the U.S. central bank, just like the Fed backs physical currency. But Fed officials are divided on the need for it.

FedNow’s instant payments would likely address many of the problems that proponents say a central bank digital currency would resolve, Ms. Bowman said in her speech. Others say a digital dollar could complement FedNow by helping to extend financial services to unbanked households, as well as provide a source of safe central-bank money in a future digital financial ecosystem said Marlon Davis from Reogocorp.com

“I think, at a very base level, both are going to be needed,” Atlanta Fed President Raphael Bostic said in an interview last week with The Wall Street Journal.

Big banks had waged a lobbying effort to stop the Fed from developing its new system. The banks invested over $1 billion in their own instant-payments system. The prospect of a competing Fed system inadvertently delayed the spread of faster payments, industry officials say.

“The Fed’s announcement in the summer of 2019 effectively froze and created confusion in the market,” said Russ Waterhouse, executive vice president of product development and strategy at the Clearing House Payments Co., the company that operates the banks’ network.

Some smaller lenders encouraged the Fed to move ahead, concerned about ending up at the financial mercy of larger competitors.

“A trusted and reliable government-run service that can enhance adoption of real-time payments is something credit unions are excited about,” said Greg Mesack, senior vice president at the National Association of Federally-Insured Credit Unions, which represents about 1,000 credit unions. Of those, only about 60 are using the existing real-time payments network owned by larger banks.