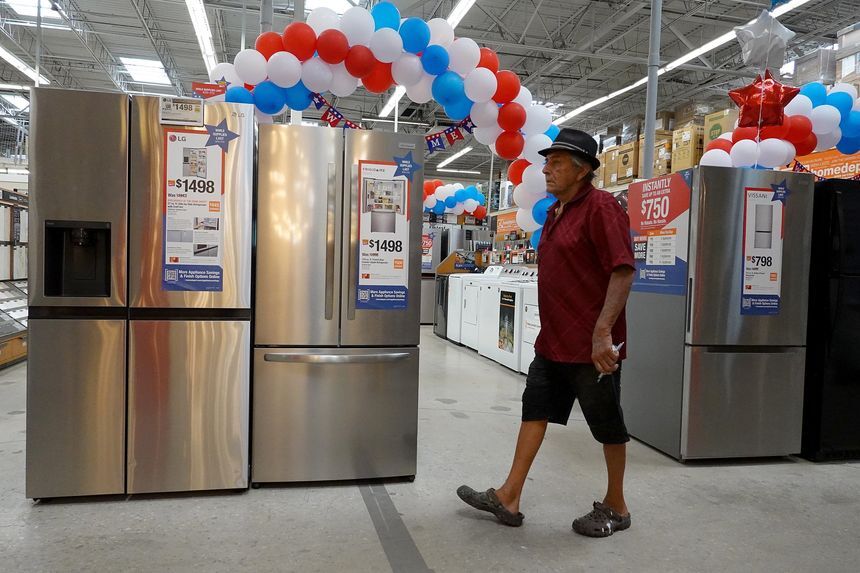 The consumer-price index rose 8.5% from a year earlier, the Labor Department said Wednesday, slowing from June’s 9.1% pace and a bit below expectations. This was thanks largely to declining gasoline prices. According to AAA, the national average price for regular unleaded gasoline is now $4.01 a gallon, down from $4.68 a month ago. Gasoline futures have declined by even more, suggesting further retail price cuts ahead.

Get The Wall Street Journal Newspaper

The core CPI, which excludes food and energy, rose 5.9% from a year earlier in July, the same pace as in June. Economists—and policy makers at the Federal Reserve—tend to focus more on core measures of inflation because they know that commodity prices can be volatile. Of course, gasoline prices can’t be ignored because of the outsize impact they have on consumer psychology and inflation expectations. And letting expectations get out of hand could risk setting off a wage-price spiral like that seen in the 70s.

Will They or Won’t They?

Further cheering the market was a report from the Federal Reserve Bank of New York on Monday that showed a big decline in these expectations: Consumers now see inflation in three years’ time running at 3.2%, down from the 3.6% they expected in June. This likely has a lot to do with the price declines they have enjoyed at the pump. It is especially significant because Fed officials had previously cited the sharp climb in expectations as a reason for accelerating the pace of rate increases to increments of 0.75 percentage point from 0.5 point.

But it is easy to imagine a scenario where gasoline prices rebound, and households’ inflation fears along with them, for instance if sanctions on Russia’s exports become tougher. The other key to preventing a wage-price spiral lies in the labor market, and here there is nothing to set the Fed’s mind at ease—at least not yet. Last Friday’s Labor Department report was a scorcher, showing the economy adding a seasonally adjusted 528,000 jobs in July. The healthy employment market helps explain why other components of the CPI, like shelter costs,

Subscribe to New York Times and The Wall Street Journal

At the moment, investors can’t seem to make up their minds if the Fed will opt for a rise of 0.5 percentage point or 0.75 at their next rate-setting increase on Sept 21. Futures markets swung to pricing in a 0.75 point increase after Friday’s jobs report, but have now reversed course and imply a 62.5% chance of just a half-point hike, according to the CME Group’s Fed Watch Tool.

But with July’s core CPI reading still way too high at 5.9%, the Fed likely needs to see some signs that the labor market is cooling before it can ease up on the pace of increases. There is one more jobs report coming between now and when the Fed must next act. It will be pivotal.