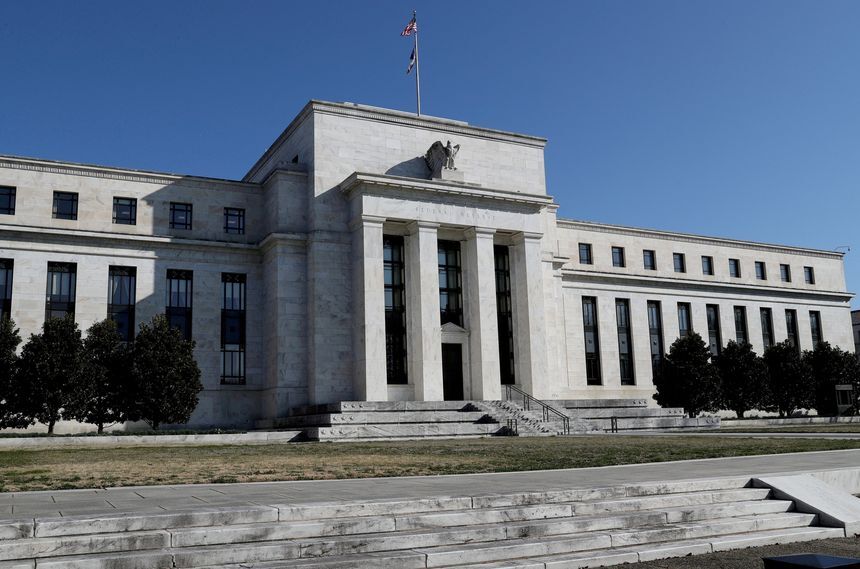 As the Federal Reserve prepares to meet this week, Wall Street investors are betting that officials will raise interest rates aggressively through the end of the year—and then turn around and start cutting them in six months.

The unusual wager reflects investors’ growing sense that the Fed is driving the economy into a recession as it tries to fight inflation, analysts said. At the same time, by constraining longer-term borrowing costs, it makes a recession slightly less likely to happen soon. That is a boost to riskier assets such as stocks, compared with a more traditional bet that rates wouldn’t boomerang so quickly.

Bets on the future course of short-term interest rates play a decisive role in determining yields on U.S. government bonds. Those in turn set a floor on borrowing costs across the economy, with higher yields curbing growth and lower yields boosting it.

On net, investors’ current assumptions about the future are doing more to help the inflation fight than hurt it. Their belief that the Fed will keep raising interest rates this year means that yields are roughly 3% on Treasurys that mature in a year, even though the actual rate controlled by the Fed is currently set between 1.5% and 1.75%.

Still, wagers that the Fed will quickly start cutting rates by the middle of next year mean that Treasury yields get progressively lower moving out from one-year bills to 10-year notes. Those finished Friday with a 2.781% yield, the lowest since May 27.

As of Friday, they showed investors expect the Fed to raise its benchmark federal-funds rate by three-quarters of a percentage point on Wednesday. The Fed is subsequently expected to lift the fed-funds rate to around 3.3% by the end of the year. But investors expect no further increases after that. And they are betting that the Fed will be cutting rates by June, bringing short-term rates to roughly 2.5% by the middle of 2024.

Investors themselves have marveled at the sharpness of the anticipated policy turn.

“From an expectation standpoint it’s not been at an extreme like this,” said Jim Caron, senior portfolio manager and chief strategist of global fixed income at Morgan Stanley Investment Management.

The Fed has cut rates within a year of raising them several times in the past, most recently in 2019 when officials cut rates by a quarter percentage point in late July after raising them the previous December.

Investors, though, have typically been cautious about anticipating such a pivot. In the mid-1990s, when the Fed last tightened policy at something close to its current pace, the central bank raised rates by 3 percentage points in total. But investors were ready for it to go much further than that, said Mr. Caron, who was trading at the time.

The Fed, in that episode, raised rates for the last time in February 1995 and then lowered them in July. But it wasn’t until May that short-term Treasury yields suggested investors were preparing for a cut.

Current Treasury yields have mixed implications for investors. So-called inverted yield curves, in which shorter-term yields are higher than longer-term yields, are often taken as a worrying economic signal, having frequently materialized not long before recessions.

In some ways, though, today’s yield curve is only telling investors what they already believe. Bets on rate cuts next year, furthermore, serve to reduce borrowing costs relative to what they would be if investors weren’t making them.

For much of this year, rising Treasury yields have dragged down stock prices by giving investors a more attractive safe alternative. Over the past month, however, mounting recession fears have pulled down longer-term yields, and stocks have stabilized.

Many investors say there is good reason to bet on a quick rise and fall in interest rates. In their latest economic projections, Fed officials estimated that rates could rise to around 3.8% next year but ultimately settle around 2.5%.

As the Fed tries to rein in growth, investors have picked up on signs that the economy could be slowing even faster than expected, such as a sharp decline in housing demand and a recent lackluster consumer spending report. That has reinforced their belief that rate cuts could also come sooner than the Fed has projected.

Plenty of investors, though, are positioned against this consensus. In some cases, investors believe that the economy is stronger than widely thought, pointing to solid consumer balance sheets and continued evidence of a very tight labor market. Others accept that a recession is imminent but believe that inflation, even then, will continue to be elevated, keeping the Fed from cutting rates.

John Madziyire, senior portfolio manager at Vanguard, said he thinks the probability of a recession will increase over the next 24 months, and, as a result, he has favored buying five-year bonds.

Still, he has been skeptical that rate cuts will come as quickly as the market has suggested, in part because the Fed at that time is still likely to be reducing bondholdings purchased as part of its pandemic stimulus efforts, which could work at cross-purposes with rate cuts.

“I’d like to think the market is pricing this, but what actually does get realized is going to be completely different,” he added. “That’s the way opportunities start to come up—if you don’t believe these scenarios is how you start to try to make money.”