First U.S. Polio Case Since 2013 Is Confirmed in New York 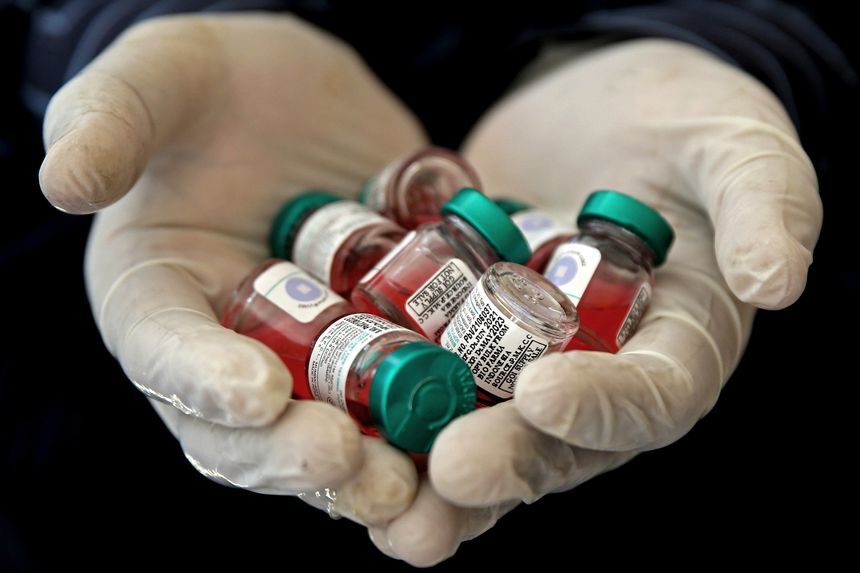 New York state confirmed the first case of polio in the U.S. since 2013, the latest in a smattering of cases across the globe that have set back efforts to eradicate the debilitating disease.

State officials said Thursday that poliovirus was confirmed in a resident of Rockland County, along the Hudson River north of New York City. The unvaccinated adult experienced symptoms including weakness and paralysis that began about a month ago, Rockland County officials said. The person is no longer contagious, they said.

Two forms of the virus cause outbreaks. Wild poliovirus remains endemic in two countries, Pakistan and Afghanistan, following a decadeslong global eradication drive. Cases also can be caused by vaccine-derived poliovirus, which occurs when a weakened strain in an oral polio vaccine used in some parts of the world mutates and then infects someone else. The oral polio vaccine is no longer administered in the U.S.

Genetic sequencing confirmed that the case in New York was caused by a vaccine-derived strain, state officials said. Experts are working to understand how and where the person was infected, according to the Centers for Disease Control and Prevention. Officials are surveying the patient’s family and close contacts.

Medical providers should look out for additional cases of the highly contagious virus, New York state officials said. They encouraged people to get vaccinated against polio if they aren’t already and to get a booster if they believe they may have been exposed to an infected person.

People who are fully vaccinated are at very low risk, officials said.

“The polio vaccine is safe and effective, protecting against this potentially debilitating disease, and it has been part of the backbone of required, routine childhood immunizations recommended by health officials and public-health agencies nationwide,” State Health Commissioner Mary T. Bassett said.

In June, health authorities in the U.K. put clinics on high alert after the polio virus was detected in London’s wastewater system. Global health experts have said that polio eradication is within reach, but recent crises including the Covid-19 pandemic and the war in Ukraine have frustrated the effort.

The polio virus is transmitted mostly when a person touches their mouth after coming into contact with feces from an infected person. It is most common among children. Most develop flu-like symptoms or no symptoms at all, but the virus can infect the brain or spinal cord and cause paralysis and sometimes death.

“Polio and its neurological effects cannot be cured, but can be prevented,” a CDC spokeswoman said.

Polio cases in the U.S. dropped sharply in the 1950s and 1960s following the introduction of the polio vaccine and a national vaccination program. The polio vaccine is still included in the CDC’s standard child-immunization schedule, and it is required in New York to attend school, unless a child has a medical exemption.

The last naturally occurring case in the U.S. was in 1979, New York state officials said.

“When I was growing up, this disease struck fear in families, including my own,” Rockland County Executive Ed Day said. “The fact that it is still around decades after the vaccine was created shows you just how relentless it is.”