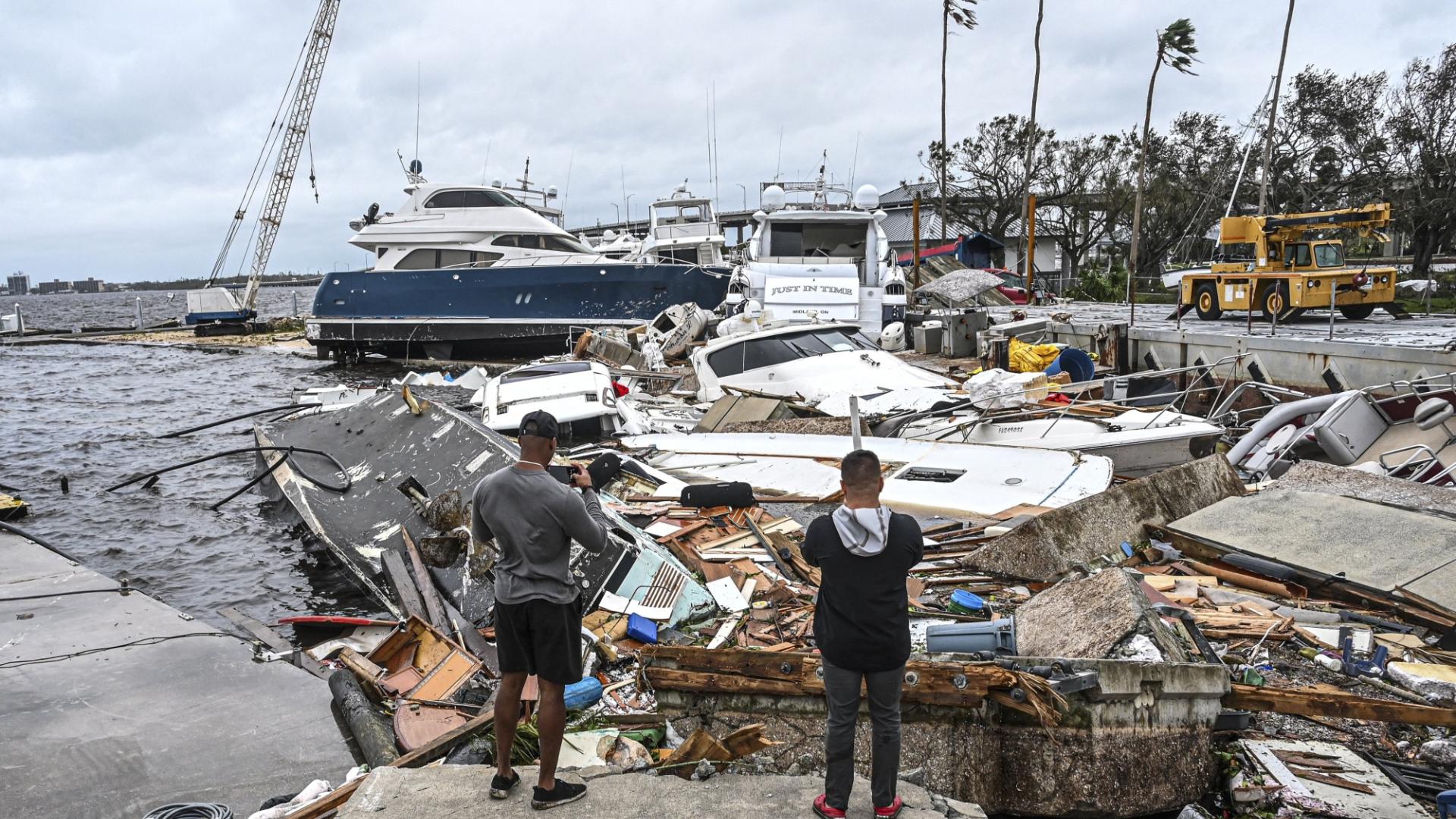 Some 2.6 million Florida homes and businesses were without power, rivers were overflowing, and cars floated through the streets of Fort Myers. Ian, one of the strongest hurricanes to hit the US, weakened to a tropical storm but continues to dump rain on the state as it makes its way up the US Southeast.

Governor Ron DeSantis said at a Thursday morning briefing that 28 Chinook and Black Hawk helicopters were rescuing people from Florida islands. He had spoken with President Joe Biden, who approved a disaster declaration for the state.

“The impacts of this storm are historic,” DeSantis said. “We’ve never seen a flood event like this.”

Across the state’s southwest, residents were trapped in their homes, and a hospital roof was badly damaged, forcing patient evacuations to other floors, according to the Associated Press. With limited electricity and cell phone coverage, distress calls were going unanswered, and the extent of the casualties remained unclear. Many hospitals reported a loss of water supply. According to the Tampa Bay Times, a section of Sanibel Causeway has been wiped out by the hurricane.

The storm, which dumped as much as a foot of rain onto some cities, was continuing to batter the state — with a high risk of flash flooding — before moving into the Atlantic Ocean and, from there, into Georgia and the Carolinas. Governors in South Carolina, Georgia, North Carolina, and Virginia have declared emergencies before Ian’s arrival.

At least 19.3 inches (49 centimeters) of rain fell in North Point, Florida, near where the storm came ashore, according to the National Weather Service. Many measurement sites were knocked offline by the storm.

According to the National Weather Service, rivers across central Florida have set flooding records. At least 31 river and tide gauges recorded flooding throughout the US Southeast.

The center said that the storm could still pick up strength before slamming back into the US coast. North of its track across Florida, it will continue to drop heavy rain, and as much as a foot may also fall across Georgia and parts of South Carolina.

“Ian could be near hurricane intensity as it’s approaching the coast of South Carolina,” Robbie Berg, a senior hurricane specialist at the agency, wrote in his outlook.

It came ashore Wednesday afternoon with winds of 155 miles (249 kilometers) per hour, tied for the fifth strongest hurricane to hit the mainland US, Jeff Masters and Bob Henson, meteorologists at Yale Climate Connections, said. The monster storm pushed a 12-foot wall of water into Naples, Fort Myers, and other cities, swamping cars, toppling buildings, and knocking out power. Damage estimates by Chuck Watson of Enki Research put the potential loss at some $69 billion.

Governor Ron DeSantis said Wednesday that the storm’s impact is “going to be there for days, weeks, months and, unfortunately in some circumstances, even years.”

In the ninth storm of the 2022 Atlantic season, Ian could produce deluges as far as New Jersey. Flooding in Georgia could hurt cotton quality with many plants ready for harvest, said Don Keeney, a meteorologist at commercial forecaster Maxar.

Ian is also threatening to upend Florida’s already unstable home-insurance market further. The largest insurers reduced their presence in the state to dodge losses brought on by hurricanes, and smaller underwriters still active there have been forced to hike premiums and narrow coverage to keep pace with litigation and fraud.

In addition, the state’s struggling citrus industry will also get an unwelcome test. Upwards of 90% of its groves, heavy with ripe fruit, were in the path of Ian’s winds. Florida, the US’s largest producer of orange juice, had been grappling with citrus greening that damages fruit and eventually kills trees. Futures prices were soaring before Ian.

After the then-record 2005 hurricane season, many citrus producers in Florida couldn’t fully restore operations, Rabobank analyst Andres Padilla said. “Intense damage to the crops could permanently remove some producers from the market,” he added.