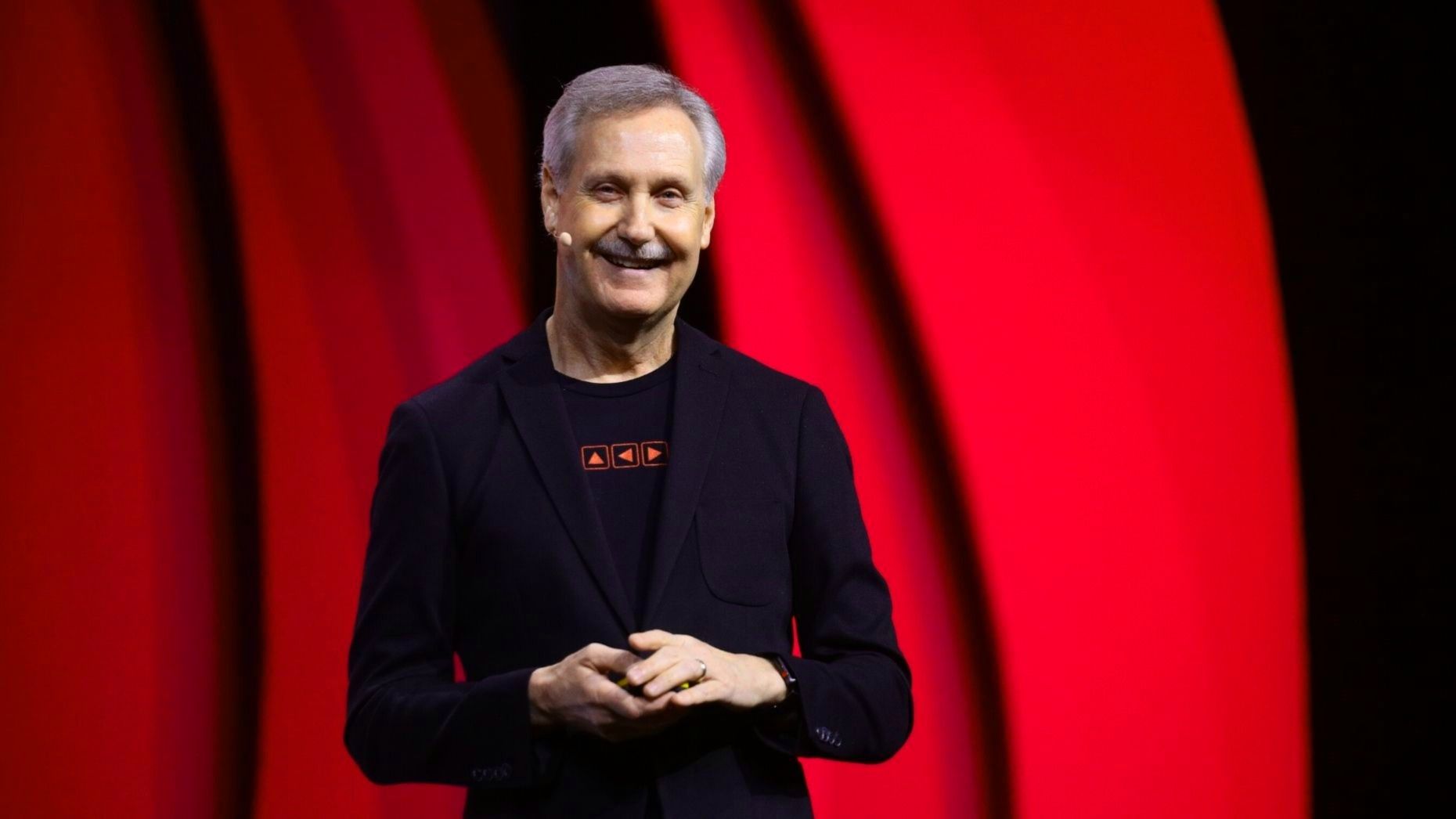 MB Daily News, Raleigh NC: The Swanepoel Power 200 (SP 200), the definitive ranking of the residential real estate industry’s most powerful leaders, has named Gary Keller, co-founder of Keller Williams Realty and chairman its holding company kwx, the nation’s most powerful and influential person in 2022. The 2022 edition of the annual report published today.

The SP 200, created and published by real estate consulting firm T3 Sixty now in its ninth year, is the only formal annual analysis and ranking of the real estate industry’s 200 most powerful and influential leaders.

The SP 200 rankings are based on a variety of criteria, including achievements and successes of leaders and executives over the past year, the size of the company they lead, personal leadership and influence within the industry and outside their own company, their track record and the resources they have at their disposal or in their control. The ranking is widely acknowledged as the highest recognition an industry leader and executive can receive.

For his steadfast leadership amid a turbulent year, Keller regains the top slot on the SP 200, a position he also reached in 2018. He has been among the five most powerful leaders in real estate for each year since the ranking debuted in 2014. Whether Keller Williams Realty is considered an education company, a technology company or simply the country’s largest residential real estate franchise brand (by sales volume, transaction sides and agent count), the company remains one of the industry’s strongest forces and Gary Keller is its unquestioned leader.

Get your daily doses of news at First American News

The industry’s second most powerful person in 2022 is Glenn Sanford, the founder and CEO of eXp World Holdings (Nasdaq: EXPI), according to T3 Sixty research. Very few have experienced the kind of growth that eXp Realty, the cloud-based brokerage company Sanford founded in 2009 and now a subsidiary of eXp World Holdings, has enjoyed over the past five years. EXp Realty exploded in 2020 and 2021 and, for a brief moment in February 2021, the company’s market cap reached $11.6 billion. In early January, the company maintains a market cap higher than real estate company titans Realogy, Redfin, RE/MAX and Compass. Sanford rises sharply from No. 5 last year and No. 15 the year before to No. 2 on the 2022 SP 200 in 2022.

Ryan Schneider, president and CEO of Realogy (NYSE: RLGY), the industry’s largest enterprise, rounds out the 2022 SP 200 top three. Realogy’s stabilization is one of the underreported and underappreciated stories in real estate over the past year and Schneider, who took the helm of the company in 2018, is largely responsible for turning the company around from near disaster.

No. 4 – Gino Blefari, president and CEO, HomeServices of America

Visit sp200.com for an extensive overview of their respective achievements during 2021, their position as 2022 takes off, and why T3 Sixty determined these leaders’ placement in the top 10.

The 2022 SP 200 has 43 newcomers on the list, 34 of whom have never been ranked before while nine leaders return to the SP 200 in new or expanded roles. “In the nine years we been analyzing the accomplishments, successes and appointments of leaders and executives in the residential real estate industry, we have never seen a large quantity of leadership and business changes in any given 12-month period,” said Stefan Swanepoel, Chairman and CEO of the T3 family of companies.

All told, the SP 200 has recognized 513 leaders since its debut in 2014. Some notable leaders making their debut on the SP 200 this year include:

•No. 28 – Susan Daimler, who moved to president of Zillow Group in 2021. She leads the company’s profitable Premier Agent advertising business.

•No. 47 – Guy Gal, co-founder and CEO of real estate platform Side, which empowers real estate teams to operate as independent brokerages and raised $250 million in 2021.

•No. 75 – Jack Ryan, co-founder and CEO of REX Real Estate, which provides a marketplace for real estate sellers and buyers to transact outside of the MLS.

•No. 85 – Drew Uher, founder and CEO of HomeLight, the alternative finance company that raised $363 million in equity and debt financing in 2021.

•No. 92 – Christopher Alexander, the new president of the newly enhanced RE/MAX Canada, after RE/MAX corporate acquired RE/MAX Integra and merged it with its existing large corporate operations in Canada.

In addition to these newcomers, some existing SP 200 leaders saw significant upward moves in the 2022 ranking. These include:

•Andrew Florance, co-founder and CEO of CoStar Group, who rises from No. 100 last year to No. 15 this year based on his company’s continued big industry moves, most notably its acquisition of Homes.com in 2021.

•Christy Budnick, who became president and CEO of HSF Affiliates, the franchise arm of HomeServices of America, operator of the Berkshire Hathaway HomeServices brand. Her significant move up from No. 193 in 2021 to No. 21 in 2022 tracks with this appointment.

•Jason Gesing, CEO of eXp Realty continued to rise this year after jumping from No. 170 in 2020 to No. 43 in 2021 and then achieving No. 31 this year, reflecting eXp Realty’s surging growth and success.

•Brian Bair, co-founder and CEO of alternative finance firm Offerpad, which went public on the New York Stock Exchange in 2021 reaches the highest slot (No. 57) in his four years on the SP 200.

“It is fascinating to see how the industry is changing in front of our eyes in real time,” Swanepoel says. “It is most certainly one of the most dynamic and exciting times to be a leader in residential real estate.”

California led states in the 2022 SP 200 with the most leaders on the list guiding companies based there. Texas followed with 16 leaders, then Washington state with 14 leaders, Illinois with 12 and Florida and New Jersey with 11 each.

The rigorous and detailed process of determining the most powerful and influential leaders takes the T3 Sixty team approximately 500 hours over three months, during which they assess more than 2,000 industry leaders against eight distinctive criteria:

“The SP 200 identifies and analyzes the individuals most responsible for shaping the industry’s future in 2022,” said Paul Hagey, T3 Sixty’s executive editor. “As such, this group plays a vital role in adapting to the current industry landscape and charting the course that will affect millions in years to come. This ranking provides a valuable mirror for the industry by identifying the leaders most significantly guiding it.”

The impact of quality data and analysis

In a year when the residential real estate brokerage industry has experienced over significant 14 acquisitions, the influence of private equity accelerated with five significant acquisitions, and the ascension of newer players gaining power at almost unfathomable rates, T3 Sixty believes that quality data and deep analysis are more important than ever.

•ORE 200: A ranking of the nation’s largest state and local Realtor associations and MLSs (in February)

•Tech 500: A ranking of the industry’s most notable technology products (in March)

•Enterprise 20: A ranking of the nation’s largest franchisors, holding companies and publicly held companies (in April).

Together, these publications comprise the Real Estate Almanac, the most wide-ranging compendium of its kind in the industry.

The SP 200 (Swanepoel Power 200), the first section of the annual Real Estate Almanac, ranks the nation’s 200 most powerful residential real estate brokerage leaders every year based on a variety of factors, including size of the company they lead, personal leadership and influence within the industry, track record and resources at their disposal and recent initiatives. First published in 2014, the 2022 SP 200 can be viewed online at sp200.com.

About the Real Estate Almanac

Every year, T3 Sixty analyzes and publishes a comprehensive report on the industry in the Real Estate Almanac. It is composed of five components, published sequentially online in the first five months of each year: executives (SP 200, January); organized real estate organizations (ORE 200, February); technology providers (Tech 500, March); holding companies, franchise brands and public companies (Enterprise, April); and the nation’s largest brokerage companies (Mega 1000, May). All research, analysis and rankings are compiled every year by the team at T3 Sixty. More information at realestatealmanac.com.

About One West Realty inmobiliaria