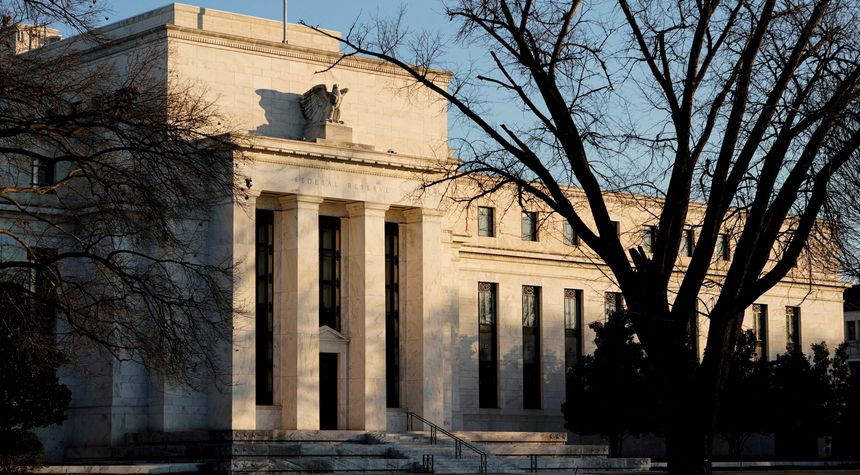 Government bonds in Europe and the U.S. rallied Wednesday after an announcement by the Bank of England that it would buy longer-term U.K. bonds served to ease investors’ concerns about the potential for a spiraling crisis in the global debt markets.

The sharp move added to a wild run of trading sessions and came just after the 10-year U.S. Treasury note had climbed above 4% for the first time in more than a decade—a somewhat stunning milestone that was quickly swept away by the day’s events.

Yields on government bonds, which rise when their prices fall, have been climbing all year as central banks around the world try to combat the worst inflation in decades by raising short-term interest rates and otherwise tightening monetary policies.

In the past week, however, yields have risen at an especially alarming rate. Investors began dumping bonds last Thursday, a day after the Federal Reserve had signaled that it would lift rates even faster than investors had expected. They got another jolt on Friday when the new U.K. government announced that it would cut taxes and greatly increase borrowing, setting off disorderly selling in U.K. bonds that spilled across borders.

Those moves, however, reversed overnight when the Bank of England released a statement saying it would “carry out temporary purchases” of longer-term U.K. bonds “to restore orderly market conditions.” The central bank also delayed plans to sell U.K. bonds that it had accumulated earlier in the pandemic.

U.K. bonds led Wednesday’s rally. But there were also large declines in U.S. Treasury yields, reflecting what investors and analysts described as relief on Wall Street that at least one cause of recent selling was being addressed.

In the current environment, “anybody with a forceful move that supports financial price stability helps all markets to some extent,” said Jim Vogel, interest-rates strategist at FHN Financial.

The benchmark 10-year U.S. Treasury yield was recently at 3.773%, according to Tradeweb. That was down from as high as 4.017% in the overnight session and its Tuesday close of 3.963%, putting it on track for its largest one-day decline since March 2020.

In recent months, rising Treasury yields have ratcheted up borrowing costs for households, businesses and the government and have slammed the stock market, slashing corporate valuations and sending the Dow Jones industrials into a bear market this week. New stock offerings have ground to a standstill, highly indebted companies are facing a tough fundraising landscape and mortgage costs have jumped, causing a slowdown in the housing market.

Through Tuesday, the 10-year U.S. yield had climbed nearly 2.5 percentage points this year, the largest increase over that period since 1981.

Shorter-term Treasury yields, which are even more sensitive to Fed policy expectations, have charted an even more rapid climb. The two-year Treasury yield, which finished last year at 0.73%, crossed 4% last week.

Short-term yields trade above long-term yields—as they have since July—when traders expect that the Fed will eventually need to reverse course and cut rates to cushion slowing economic growth. Known on Wall Street as an inverted yield curve, this has combined with the dragging housing market, corporate profit warnings and geopolitical uncertainty to fuel fears of a coming recession.

Ray Remy, a bond trader and co-head of fixed income at Daiwa Capital Markets America, said the bond market has been functioning as normal but that investors are just dumping Treasurys as Fed officials keep promising more rate increases.

“We’re all bumping heads and scratching our heads a little bit,” looking for explanations for the outsize move over the last few days, he added.

Already, the rise in Treasury yields has sent mortgage costs soaring, one of the most direct ways that higher interest rates reach U.S. households. Last week, interest on 30-year fixed-rate mortgages hit 6.29%, up from 2.88% 12 months earlier. That is the most that home buyers have paid for a mortgage since the financial crisis.

The government-bond rout has also driven up costs for businesses, whose financing expenses are heavily influenced by Treasury yields when they issue new bonds. Pushed higher by Treasurys, corporate-bond yields have jumped from about 2.45% at the start of the year to 5.77% through Tuesday, according to an ICE index that tracks a basket of bonds.

That rise stands to slam companies looking for more funding.

“If you’re going to refinance in this environment, it’s going to cost more,” said Matt Daly, head of corporate and municipal teams at investment manager Conning.

Treasury yields are largely determined by investors’ expectations for what overnight interest rates set by the Fed will be over the life of a bond—although other factors such as the supply of Treasurys can also play a role.

Heading into this year, many economists and Fed officials thought that rising inflation would fade by itself or with only mild intervention from the central bank. Wall Street analysts had typically guessed the Fed would raise interest rates by less than a percentage point in 2022.

“I don’t think that this was in the range that anyone was talking about,” said Natalie Trevithick, head of investment-grade credit strategy at Payden & Rygel.

Most traders are convinced that more steep hikes will follow, with annual inflation still above 8% and underlying inflation pressures—such as the pace of wage growth—showing few signs of easing. Derivatives-market bets now show expectations that rates will climb above 4.75% by the middle of next year. In recent days, some Wall Street firms have predicted the Fed will take rates above 5%.

One factor that some analysts have pointed to as yields have surged this month is the Fed’s retreat from the bond market.

To support financial markets during the pandemic, the Fed engaged in a bond-buying policy known as quantitative easing. The program more than doubled the central bank’s asset portfolio of mostly Treasury and mortgage securities to roughly $9 trillion.

Starting in June, the Fed began reducing the size of that portfolio by letting some of its bonds mature without replacing them. This month, it doubled the speed of that process by allowing up to $60 billion in Treasurys and $35 billion in mortgage securities to run off each month.

On its own, anytime the Fed buys fewer bonds, it means investors need to own more—potentially leading to a supply-demand imbalance that would push up yields.

This year, though, the effect of the policy has been at least partially mitigated by an increase in tax revenue and drop in government spending. That has allowed the Treasury Department to cut the size of its bond auctions.