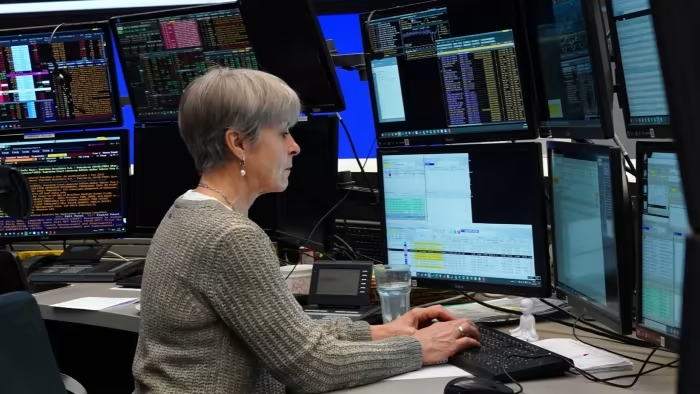 European and US government debt sold off on Wednesday as investors cranked up their expectations of how high central banks will raise interest rates to curb inflation.

The moves, which were particularly pronounced in UK and European markets, came on the eve of a multi-day economic symposium for policymakers in Jackson Hole, Wyoming. The event, hosted by the Kansas City arm of the US Federal Reserve, is closely watched by investors for signals from central bankers on the future direction and pace of monetary policy.

Those sharp moves came as pricing in money markets indicated investors were expecting the Bank of England to lift borrowing costs to almost 3 per cent by November, up from projections just a week ago of 2.6 per cent and a current base rate of 1.75 per cent. Data released last week showed that UK inflation rose to a more than 40-year high in July.

Antoine Bouvet, senior rates strategist at ING, said the UK Debt Management Office’s announcement on Tuesday that it will sell £1.5bn in short-term gilts on Thursday has added to the unease. The sale comes during a time when liquidity, or the ease of buying and selling bonds, has been worsening across European fixed-income markets due to summer holidays and heightened economic uncertainty.

“It’s nothing massive by any stretch of the imagination but it shows that when you add supply to an illiquid, very nervous market, the impact can be quite sizeable,” Bouvet said.

The more volatile moves in gilts become, the worse liquidity will get, he added. “It’s a bit of a chicken and egg scenario.”

The big rise in bond yields and rate expectations highlights how a surge in natural gas prices in Europe and the UK is increasing concerns about already highly elevated levels of inflation. The European gas benchmark rose 15 per cent on Wednesday to a new closing high of €300 per megawatt hour while the UK price advanced by 13 per cent to £5.58 per therm. That compares with €200 and £3.49 respectively at the start of August.

The event is often used by policymakers to provide guidance on its future policy stance, and investors will be watching for insight on how aggressively the central bank will raise interest rates through the rest of the year.

“Caution is the name of the game on equity markets with expectations that aggressive policies to tame roaring inflation will continue despite fresh signs that the US economy is slowing,” said Susannah Streeter, senior investment and markets analyst at Hargreaves Lansdown.

Minneapolis Fed president Neel Kashkari, previously perceived as a more dovish US central bank policymaker, said on Tuesday night that the combination of “maximum employment” and “very high inflation” made the Fed’s approach “very clear: we need to tighten monetary policy to bring things into balance”.

US stock markets were more muted. Wall Street’s benchmark S&P 500 stock index erased some of its early gains to close 0.3 per cent higher amid thin volumes. The technology-heavy Nasdaq Composite rose 0.4 per cent.

Europe’s regional Stoxx 600 ticked up 0.2 per cent. In Asian markets, Hong Kong’s Hang Seng closed down 1.2 per cent and China’s mainland CSI 300 gauge shed 1.9 per cent, as concerns grow about the indebtedness of the country’s mammoth housing market.