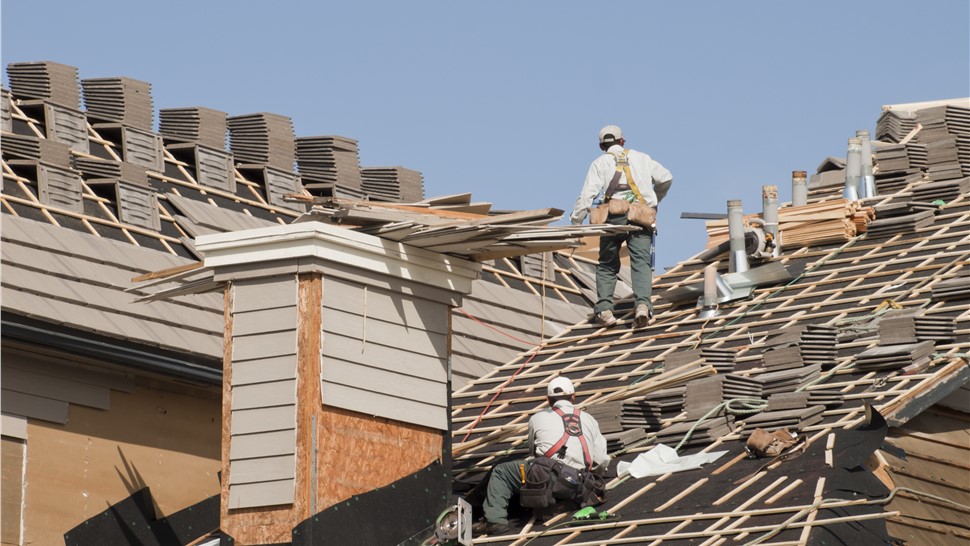 As the hot market continues in the US, home builders are looking for ways to exchange materials

Raleigh, NC- Shortages of key construction materials are forcing some builders and contractors to turn to substitutes and hunt for alternative suppliers as they rush to meet high demand for new housing.

Construction companies are looking for replacements and new sources for everything from wood paneling to ceiling joists to pipes, saying that potentially higher costs and added complications to design and construction can be preferable to putting a project on hold for months while waiting for planned supplies.

Supply shortages stem from a series of supply-chain disruptions hitting industries around the world this year, from port congestion in Asia and the U.S. to labor shortages at factories. Heavy storms in Texas and Louisiana have also slowed production of some building materials, while semiconductor shortfalls have made appliances harder to secure.

Parker Young, president of Straub Construction in Shawnee, Kan., said he switched to different insulation materials after storms in Texas earlier this year made it difficult to get some types of petroleum-derived roof insulation boards, adding about $20,000 to costs for two apartment building projects. Waiting for the boards would have added six to nine months to the 14-month projects.

“It’s unprecedented,” Mr. Young said. “I’ve been in the industry for 30 years and never seen anything like this. I’ve learned more about refineries and resin plants than I ever care to know.”

The shortages and substitutions come as tight inventories of homes for sale in the U.S. appear to be crimping sales amid surging demand that began late last year. The S&P CoreLogic Case-Shiller National Home Price Index, which measures average home prices in major metropolitan areas across the U.S., rose 19.7% in the year that ended in July, the highest annual rate of price growth since the index began in 1987.

With the housing market running hot, property owners and developers are often willing to pay more for some materials to avoid delays that could lead to missed rent payments or lost sales.

Prices and preferences are secondary to an item’s availability, said Kurt Yinger, a research analyst at investment bank D.A. Davidson & Co. “Builders and contractors are very open to trying a new product,” he said.

Sometimes there are few or no alternatives.

More than 90% of builders reported shortages of appliances, framing lumber and a type of engineered wood known as oriented strand board, according to a May survey by the National Association of Home Builders. Another 90% said they faced shortages of plywood, and 87% cited shortages of windows and doors.

“It used to be whack-a-mole, and you would whack one thing and the other one would pop up,” said Deepa Raghavan, a Wells Fargo & Co. analyst who focuses on the housing market. “This is like six of them coming out and you can only whack two at a time.”

Shifts in the labor market and in production during the pandemic have complicated efforts to restore the flow of construction materials from factories.

At the start of the pandemic, construction companies laid off employees and tried to work through inventories. Then demand for new homes jumped, and supplies for builders haven’t caught up, in part because of labor constraints in manufacturing as the pandemic drags on, said Lisa Ellram, a professor of supply chain management at the Miami University Farmer School of Business in Oxford, Ohio.

For example, bar joists—zigzagging metal trusses in ceiling and floor support systems often used in large structures like warehouses—are in short supply because of Covid-related stoppages in supplier factories as well as because of shortages and climbing prices for materials like steel. Replacements such as concrete planks can be easier to get but more expensive, said Roger McCarron, chief executive of Project Management Advisors Inc., a Chicago-based real estate consulting firm.

“The owner might pay more for the concrete to avoid the uncertainties of the steel,” he said.

Uncertainty about the availability of materials is complicating business for construction companies as they try to price out bids and meet project guidelines. For example, it usually takes a month to deliver mineral wool, but now Skender Construction LLC is looking at a six-to-eight month wait for the wall insulation for an 11-story office project in Chicago.

Skender and its clients considered fiberglass insulation as a substitute. But that would require more layers of drywall, adding to costs, so Skender is sticking with its original plan while seeking more suppliers of mineral wool, said Andy Halik, a company vice president.

Plastic roofing membranes that create watertight barriers to protect building interiors are also hard to come by, because of shortages of raw materials as well as a lack of truck capacity. Manufacturers “just don’t have visibility on when it’s going to get back to normal,” said Tony Rader, vice president of National Roofing Partners in Coppell, Texas.

Given the continuing backlog of ships at major U.S. ports, he said “We’re just concerned that this is not going to get any better right now.”