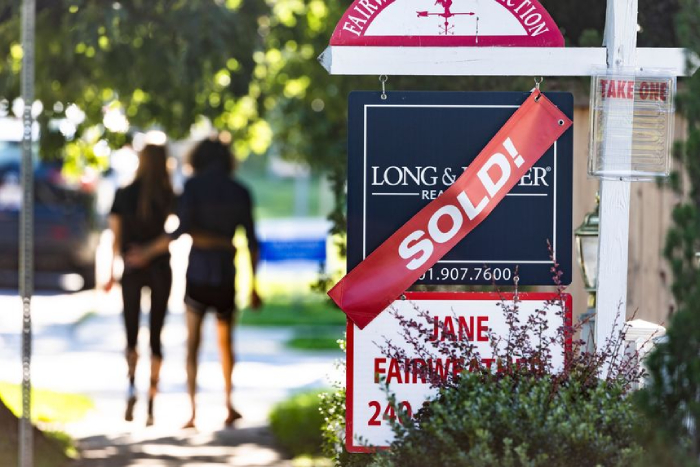 The S&P CoreLogic Case-Shiller National Home Price Index, which measures average home prices in major metropolitan areas across the nation, rose 18% in the year that ended in June, down from a 19.9% annual rate the prior month.

The housing market has cooled in recent months, and existing-home sales have fallen for six straight months through July. Higher mortgage-interest rates are making it harder for buyers to qualify for loans and pushing some out of the market. The average rate on a 30-year fixed-rate mortgage was 5.55% in the week ended Aug. 25, up from 2.87% from a year earlier, according to housing-finance agency Freddie Mac.

Economists expect home-price growth to slow significantly by the end of the year, but prices continue to show large gains from a year ago. The Case-Shiller index, which measures repeat-sales data, reports on a two-month delay and reflects a three-month moving average. Homes usually go under contract a month or two before they close, so the June data reflects purchase decisions made earlier in the year.

The median existing-home price rose 10.8% in July from a year earlier to $403,800, according to the National Association of Realtors.

“Inventory is expanding, homes are remaining on the market longer, and buyers are starting to have more leverage, including on price,” said Lisa Sturtevant, chief economist for Bright MLS. “Overall home prices will continue to rise, but the pace of home price growth will continue to decelerate.”

Economists surveyed by The Wall Street Journal expected the 20-city index to gain 19.4%.

Tampa had the fastest home-price growth in the country, at 35%, followed by Miami, at 33%.

A separate measure of home-price growth by the Federal Housing Finance Agency also released Tuesday found a 16.2% increase in home prices in June from a year earlier.