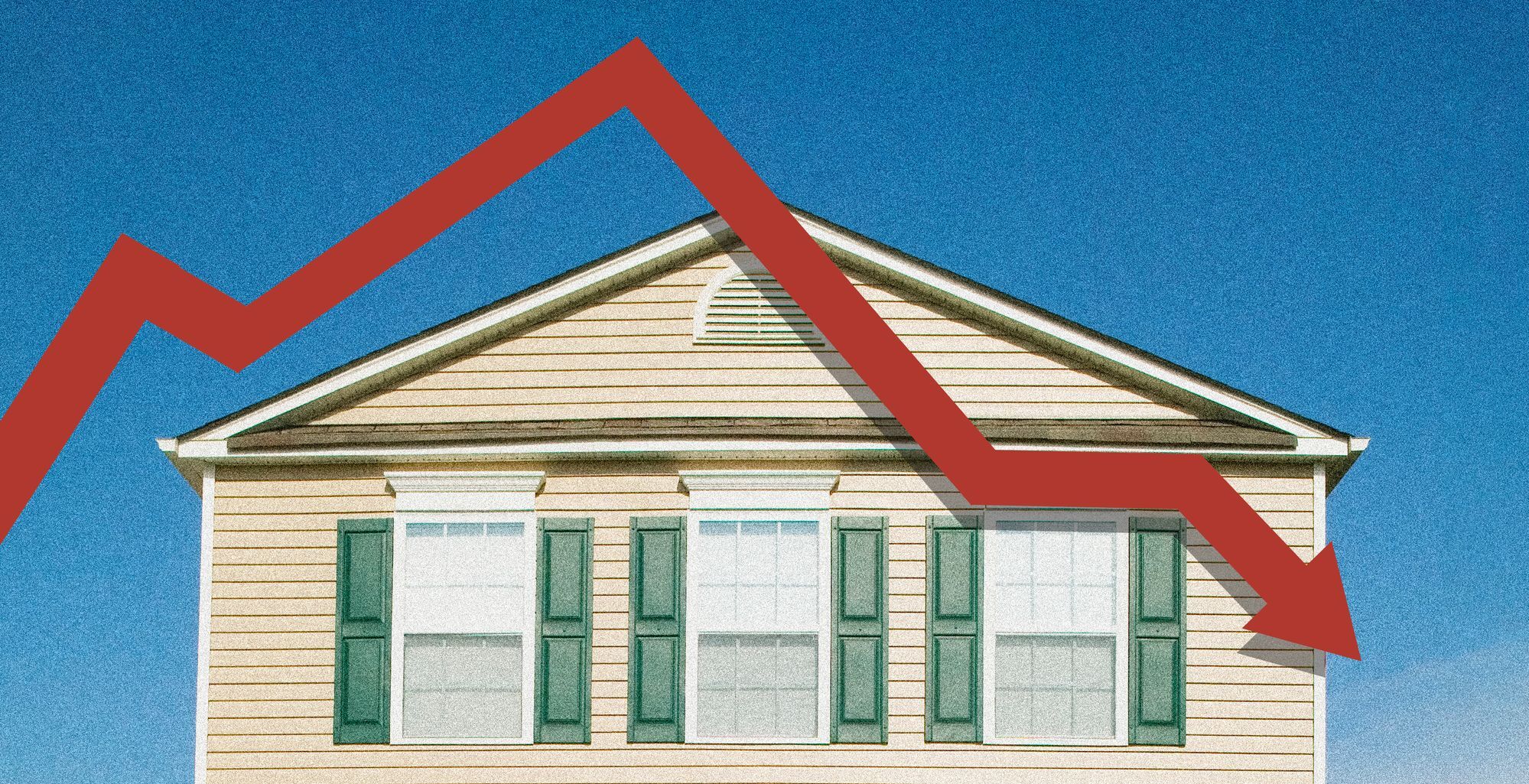 There are a lot of unhappy people in the housing market right now. Among the most miserable are sellers realizing they have listed their properties too late.

For much of the country, real estate had been on a tear since the start of the pandemic. Home prices are up about 44% over the past two years, according to Redfin.

But prices have cooled lately and many homeowners are coming to grips with the reality that they may not get the same prices their neighbors did. Roughly one in seven homes on the market had a price reduction in June, according to Realtor.com. That is nearly double the rate of one in 13 homes a year ago.

As more homeowners weigh cutting prices, they face several difficult decisions at once. They could need to cut prices once or even several times. Eventually, the seller may need to accept less than they feel their home is worth or choose to take it off the market and try again when conditions improve.

Real-estate agents, meanwhile, are dusting off the old playbook for handling price reductions.

Jennie Jackson, 33 years old, listed her three-bedroom Las Vegas home for $465,000 earlier this summer. In March, her neighbor sold a comparable home for about $485,000, she said.

Over the course of about 35 days, she cut the price three times. She recently accepted an offer for about $405,000.

“I thought this may be the highest offer I’ll get so let me get out while the going is good,” said Ms. Jackson.

Overall, the housing market remains solid. While there have been price reductions, the amount is still far less than was typical from 2017 to 2019, when the rate was one home out of every four or five.

But there have been weakening signs as mortgage rates have risen and inventory stays on the market longer. Homes that have been on the market for three months or longer are reducing prices by around 11% from the list price, according to the National Association of Realtors.

“The days of bidding wars and homes selling for tens of thousands of dollars over asking are over,” said Daryl Fairweather, chief economist at Redfin.

Despite the average rate on a 30-year fixed mortgage dropping back below 5% this week, the increases this year priced many potential buyers out of the market, slowing the pace of sales and causing more inventory to sit, said Lawrence Yun, chief economist at NAR.

Benjamin Dixon, a real-estate agent in New York City, said several sellers he is working with would have sold their apartments in a matter of days if they listed earlier in the year. Now, some owners are considering a price cut, others are considering delisting until the fall and yet others have decided to rent out their homes to capitalize on the hot rental market, he said.

Renting though comes with its own challenges for sellers.

“Trying to sell a home with a tenant isn’t optimal for showings and becoming a landlord isn’t much fun,” said Mr. Dixon.

Homeowners usually arrive at a list price with the help of their agents, by looking at comparable homes sold in their neighborhood within the prior six months. The price is likely to reflect a home’s age, size, features, improvements and condition, as well as location. But higher rates have made those comparisons somewhat less useful, said George Ratiu, manager of economic research for Realtor.com.

With rates pushing the monthly mortgage payment for a typical home 60% higher than a year ago, many buyers are unable to come up with the funds to purchase a home, Mr. Ratiu said. As a result, the sales of previously owned homes fell for a fifth straight month, dropping 5.4% in June to an annualized rate of 5.12 million, according to NAR.

For those looking to sell their home, Ms. Fairweather said to talk to your agent about what comparable homes in your area sold for a month ago and price about 5% below that. Sellers are better off pricing conservatively out of the gate to get one good offer than to price too high and be forced to lower the list price further than they would like, she said.

Drop the price if you haven’t received any offers within the first two weeks, she said. You only want to drop the list price once if you can, so it is better to make one larger drop than several small ones, said Ms. Fairweather.

The average price reduction should be between an 8% to 10% decrease, said Vanessa Famulener, president of HomeLight Homes. Buyers want to be able to see a noticeable difference, and you want to attract people searching in a different price range, she said.

Ross Ponder, a real-estate agent in Austin, Texas, said more sellers are now offering to pay a part of buyers’ closing costs and are proposing flexible move-in dates. Some owners are offering an increased buyers’ agent fee to motivate agents to drum up more offers.

More sellers are throwing in items including furniture, sound systems and even drapes to stand out, said Amy Schinco, a real-estate agent in Omaha, Neb.