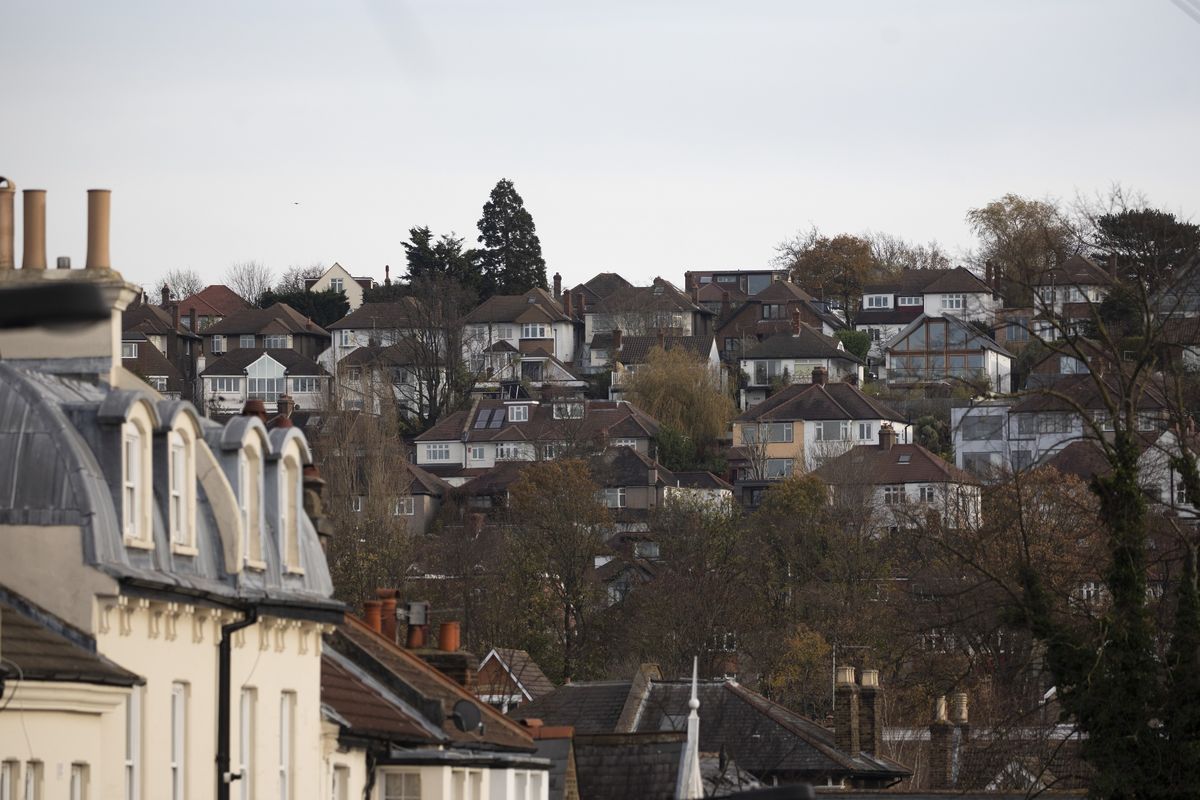 Smaller lenders such as Kensington, Accord Mortgages and Hodge were among those to say they were withdrawing products Tuesday. That follows the decision by Lloyds Banking Group Plc — the UK’s biggest mortgage provider — on Monday to halt some offers, while Virgin Money UK Plc temporarily stopped offering home loans to new customers.

Jessica Anderson, a 33-year-old who works in publishing, was set to buy a house in Walthamstow, east London, with her husband until the seller pulled out last week.

“We’re in an uncertain position where we’re not sure whether it still stands,” she said, regarding the couple’s mortgage offer. “Since the approval there have been two interest rate increases.”

Traders are betting the Bank of England will raise its key interest rate to 5.9% by September next year, compared with 0.1% a year ago, sending home loan costs spiraling for the 1.8 million people who need to remortgage next year.

A series of unfunded tax cuts from new Chancellor of the Exchequer Kwasi Kwarteng has rocked the pound and UK gilts, and forced the BOE to issue an emergency statement pledging to lift rates “as much as needed” to control inflation.

Analysts at Credit Suisse said in a note that house prices “could easily fall 10% to 15%.”

Some hopeful housebuyers have had their mortgage offers fall through, according to Loubie Vaughan, founder of estate agent FG Consultants. She said one buyer had £900,000 ($969,120) in cash to buy a £1.4 million house in Camden, north London, but that the deal is now in doubt.

“I told him to sit tight and see how it plays out,” she said. “There’s no point running around like headless chickens when we don’t know what’s going to happen.”

“There will obviously be people who are left stranded,” said Ray Boulger, a manager at loan broker John Charcol. “Some lenders have given no notice, and with some we are getting emails during the day saying rates are being pulled at 5 p.m. There will be undoubtedly be people in the process of securing their mortgage who will miss the boat.”

So-called “chains” of multiple house purchases, where each buyer is dependent on the sale of their existing home, may starting collapsing when any one of the deals falls through, Boulger added.

Between Friday morning and Tuesday morning the number of residential mortgage products on the UK market fell 9% to 3,596 from 3,961, according to data compiled by Moneyfacts Group Plc. Atom Bank has lifted its rates by 1% on some mortgage offers and withdrawn others.

The systems at some lenders are unable to cope with a flood of applications because everyone is trying to fix in at current rates, said Andrew Montlake, managing director at mortgage broker Coreco. Bigger lenders are now being overwhelmed as other firms temporarily withdraw from the market.

“My nerves are shot,” said Hannah Fearn, 40, a freelance writer in south London and another hopeful housebuyer. “Our mortgage offer lasts until mid January and we have just put in another best and final offer but if we don’t get this particular house I’m not sure what we’ll do.”

It’s unclear what will happen to the market next. If the Bank of England leaves interest rates unchanged for two or three weeks then lenders will have more certainty and more mortgage products will return, said Geoffrey Yu, a senior strategist at Bank of New York Mellon Corp. in London. “But if the pound falls again there is a greater chance of a BOE reaction, and affordability will just decline further,” he said.