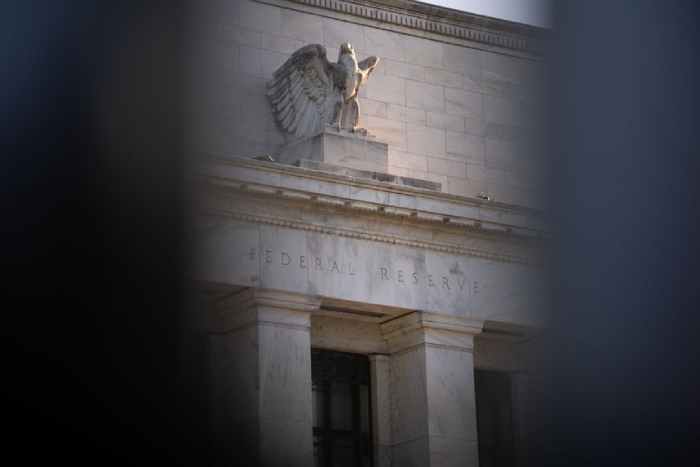 After a weekend spent pondering Mr. Powell’s Friday presentation at the Fed’s Jackson Hole conference, traders on Monday leaned further into bets that the Fed will raise rates aggressively into 2023 to bring down inflation. Treasury yields rose, market-based inflation predictions touched their lowest level all year and any signs of hope for a quick Fed pivot further faded.

The trading shows that the full extent of Mr. Powell’s hawkishness hadn’t been reflected in market prices heading into Friday. During his 10-minute remarks, investors heard the sharpest rendition yet of the Fed’s commitment to snuff out inflation, even if it dents economic output along the way.

“Even if there is a recession or something like it, Powell is signaling there’s still a decent chance they’ll be hiking rates,” said Guy LeBas, chief fixed-income strategist at Janney Montgomery Scott. “That’s not the mode that we’re used to seeing, which is that when there’s a growth slowdown, the Fed rides to the rescue.”

Thinking that the Fed could hold rates higher even in a recession, Janney favors longer-term investment-grade debt, Mr. LeBas said. If Treasury yields don’t rise much farther and the Fed delays rate cuts, it will hurt short-term bonds more because their maturities will be closer when rates fall again, he said.

Investors treat U.S. government debt as extremely unlikely to default, so yields mostly reflect how investors expect the Fed to set interest rates through a Treasury bond’s maturity date. Yields have roared back in recent sessions from a dip earlier this summer, when investors were second-guessing how high and for how long the Fed might raise rates before pivoting and lowering them again.

Get 5- years of Barron’s News Digital Subscription for $69

Meanwhile, inflation forecasts for the next year have sunk, another sign investors are heeding the Fed’s resolve to control rising prices. During Monday’s trading, one instrument that traders use to bet on inflation over the next 12 months—contracts called swaps tied to the consumer-price index—at times dipped below 3% for the first time this year, according to Tradeweb. Through last month, prices rose by 8.5% year over year.

The five-year break-even inflation rate, a longer-term projection of average annual inflation over the next five years, also has fallen over the last few trading days, a reversal from earlier in August.

Behind that shift has been a rapid evolution in how fast investors think the Fed will keep raising interest rates, and how long they expect central bankers to stick to their guns.

Traders are now estimating a roughly 75% probability that the Fed will raise interest rates by another three-quarters of a percentage point at its late-September meeting. A month ago, investors thought the odds of such a move were just over 25%. If the Fed opts for another 0.75-percentage-point move, it would be the third straight increase of that size.

“The market has at times questioned the Fed’s willingness to slow the economy—to risk a recession—in order to get inflation down,” said Michael Pond, global head of inflation market strategy at Barclays. “Powell’s saying that there has been pain and there likely will be pain was an important message.”

Just as notable: a move away from bets that, in the coming months, the Fed might begin cutting rates as quickly as they have risen.

Four weeks ago, investors were betting that rates would peak early next year at less than 3.4%.

Now, trading in derivatives markets shows that traders think rates will be closer to 3.7% when the Fed convenes for its first meeting of 2023 in February. Moreover, bets are mounting that higher rates could endure into 2024.

In late July, just after the Fed raised rates to the current target range of 2.25% to 2.5%, traders were wagering that rates would briefly crest above 3% next year, but fall back into the 2% range during the summer.

Now, the market is projecting interest rates will stay above 3% until November 2024.

Employment data for August, due on Friday morning, is the next important signal for investors assessing the Fed’s next steps. Still, even signs of a weakening job market might not pull the Fed off its hawkish path, wrote Ian Lyngen, head of U.S. rates strategy at BMO Capital Markets.

“After all, one of the objectives of tightening monetary policy is to cool the labor market, contain wage inflation, and edge the unemployment rate off the current extreme lows,” he wrote.