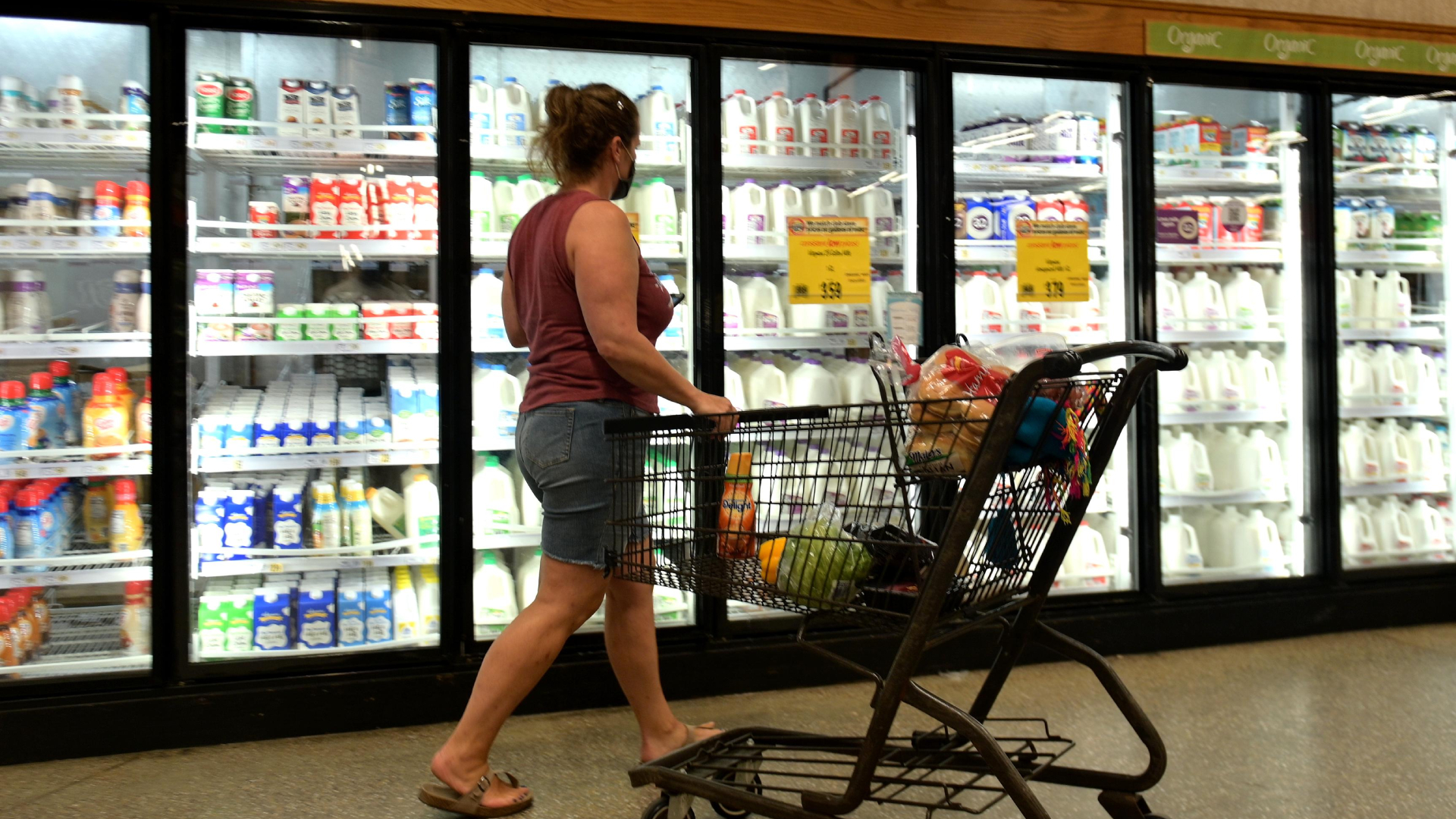 After consumers have largely resisted inflation, they are beginning to fight high prices.

The engine of the US economy, consumer spending, is turning weak. Demand destruction, as they call it. According to economists, it is beginning to be noticeable for companies because buyers are feeling the pressure and buying less.

Data released soon is expected to show that personal consumption adjusted for inflation has grown at an annual rate of just 1% in the third quarter, the weakest rate since the start of the pandemic. Gross domestic product is expected to recover in the period, but largely due to a decline in imports.

“It’s hard to increase your consumption if your real income is declining,” said Sarah House, senior economist at Wells Fargo & Co. Instead, households must rely on savings to help keep “consumption where it is.”

KEY DATA OUT THIS WEEK:

GDP growth will be positive for the first time this year, or so is expected, but probably hide details,

such as the slower pace of consumption and the deterioration in the housing market. Economists see the country in a recession in the next 12 months due to the rise in the different interest rates of the Federal Reserve that affect demand more.

Inflation has outpaced wage gains on an annual basis every month since April 2021. That, in addition to changing the consumption patterns toward services, helped drive a drop in inflation-adjusted spending on goods in July and August. September data will be released on Friday.

“Continued macroeconomic headwinds and continued high levels of inflation” caused a slowdown in demand, According to Marc Bitzer (Whirlpool CEO). The combination of higher food and gas costs, rising interest rates, and “commodity inflation is putting pressure on consumers, according to Michael Happe (CEO of Winnebago Industries Inc.)

While these trends have been illustrated by stagnant retail sales, many services, particularly travel

Restaurants, after the Covid-19 restrictions were eased, were the main beneficiaries of the accumulated demand; sales adjusted for price changes have decreased in recent months. In September, Datassential Inc. found that half of the consumers cut back on restaurant meals due to inflation. It was the first option to avoid, followed by clothes and trips.

Data released Monday by S&P Global showed a measure of trading activity in service providers contracted in October, falling to its second-worst reading since May 2020. The group attributed the drop to weak demand from customers, rising interest rates and stubborn inflation.

Despite the reduction in gasoline prices after the record highs this summer, it relieved consumers; a gauge of core inflation accelerated to a new 40-year high in September. That’s contributing to a savings rate close to the lowest since the Great Recession and a greater reliance on credit cards.

Economists expect consumers to continue spending at a slow pace until the end of the year; this general uncertainty about the spending of Americans weighs on a variety of businesses.

Trucking company Knight-Swift Transportation Holdings Inc. warned last week of a rapid slowdown in the market cargo, with companies cutting their orders on concern that consumer demand will not be sustained. Fears The like pushed a gauge of manufacturers’ and service providers’ views of the future to a two-year low in October.

Looking ahead to next year, it is not sure to what extent consumers will be able to spend between high prices, especially if rates interest rates cause a significant we akening in labor market  conditions.