Inflation Is Sticky, Structural and Hard to Solve. The Party Is Premature. 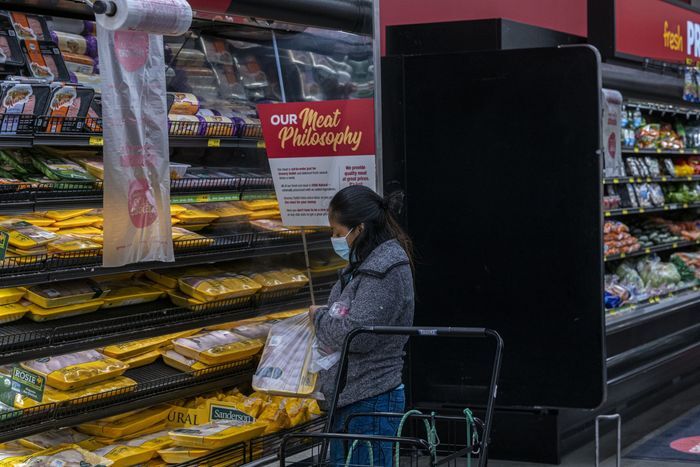 The July inflation slowdown is good news, but it isn’t as good as many economists say or as markets’ reaction suggests.

Celebrating an 8.5% year-over-year increase in the latest consumer-price index makes sense in that investors and economists finally got a surprise in the right direction. Consumer prices rose more slowly in July than in June, when the CPI hit a fresh 40-year high of 9.1%. And an unexpected drop in producer prices from a month earlier underpinned optimism that inflation could have finally peaked after months of disappointment. But the relief is excessive—and not just because the headline readings are still so high. Inflation is at this point structural, meaning the floor is higher than many might assume, and the potential implications go beyond recession.

Start with so-called sticky inflation. Alfonso Peccatiello, author of the Macro Compass newsletter, notes that services, particularly rents, represent a growing portion of inflationary pressures. That matters, he says, because core services prices, where energy is excluded, are the stickiest as they go up late in the cycle and then remain stubbornly high. Those will be tougher to bring down than goods prices and energy and commodity prices. Meaningful improvements in the CPI from here are therefore going to be harder to achieve, Peccatiello says. Economists at Citi warn that the details of the July CPI report suggest underlying inflation isn’t slowing, and that services prices in the PPI, such as medical services, were surprisingly high.

July’s headline inflation cooldown is good news, but not that good.

Data during the week from the Federal Reserve Bank of Cleveland highlight the sticky-inflation problem. Instead of backing out food and energy, the Cleveland Fed tries to capture underlying inflation by dropping extreme increases and decreases. For July, both the median and trimmed-mean CPI made new year-over-year highs, with the former up 6.3% and the latter up 7% from a year earlier.

Consider the reasons behind increasingly sticky inflation, and the problem becomes clearer. Vincent Deluard, director of global macro strategy at StoneX Financial, says the current period of inflation is the result of three shortages: labor, energy, and trust. Those factors can’t be cured by a recession, and are resulting in structurally higher inflation than investors—and central bankers—appreciate.

First, on labor. The U.S. labor market is still about seven million workers short of prepandemic levels, and Deluard’s back-of-the-envelope math suggests that 12% of the U.S. workforce is durably missing. Early retirements reduced labor supply by 2%, while he says 4% left the formal labor force for gig work or is long-term incapacitated. That’s as about 3% of workers are infected with Covid-19 in any given month and another 3% are either quitting their current job or being trained for their new one. In that context, and considering unfavorable demographics, it is easy to see why service-price inflation is particularly stubborn now.

Get The Wall Street Journal Newspaper 52-Weeks for $318

Second, on energy. Deluard says merits aside, the transition to green energy requires moving down the energy-density ladder for the first time in history, meaning the green transition will consume more resources for similar output. Connect that idea to the July inflation data, where much of the declines in headline CPI and PPI were due to falling gas prices. Some analysts warn the impact is a temporary one owed to the government’s release of strategic petroleum reserves. “When the SPR stops falling, presumably this autumn, that will remove a downward force on oil prices,” says Lyn Alden, founder of Lyn Alden Investment Strategy. Eric Nuttall, portfolio manager at Ninepoint Partners, says when the SPR release of about a million barrels per day ends in roughly 80 days, the market tightness will become more obvious. And that is before the government begins buying oil to replenish reserves.

As Deluard puts it, everything in the economy comes back to energy and labor. “These are the two prices. I think what’s happening with both is that the traditional ‘high prices are the cure for high prices’ maxim doesn’t apply like it used to,” he says. The idea is that supply and demand are less sensitive to prices as might be assumed, meaning a recession won’t be sufficiently deflationary.

The third shortage Deluard identifies is more abstract and potentially even more important. Inflation is inversely proportional to the level of trust between a country’s citizens, with trust in institutions scarce in high-inflation countries, Deluard says. He offers a medical analogy to illustrate the reinforcing loop: Inflation is a fever that tells you an economy has an underlying ailment of weakening trust, then the fever weakens the body, and it all worsens. If expectations for a stable standard of living is the core of the social contract, then inflation feels like a robber in the night, Deluard says. He modifies Milton Friedman’s take on inflation to call it “always and everywhere a psychological phenomenon,” where the problem worsens the longer it persists.

Deluard notes the recent slowing in headline inflation as well as some survey-based measures of inflation expectations, which themselves influence the path of prices. But he says the risk is that markets and policy makers declare victory prematurely with inflation still around 5% and supported by structural forces they aren’t appropriately recognizing because they reflect a new post-Covid economy, while economic models are based on the old pre-Covid economy. Around 5% is the level at which Deluard says inflation starts to threaten social stability as much as financial stability, and it paves the way for a second wave of even higher inflation.

He likens the situation to a forest in a dry summer. “Any match lights the fire and it spreads quickly. And the more inflation we have, the more likely we are to get the matches in the first place,” says Deluard.

The Fed’s attempt to front-load interest-rate increases is one attempt to regain public trust and restore price stability. But there remains a mismatch between models and reality, amounting to an extension of the “transitory” argument that has been retired in speeches but not in spirit.

Investors, and central bankers themselves, may therefore be underestimating what the Fed must do to curb inflation, while simultaneously underestimating the odds that inflation remains well above 2% for longer.