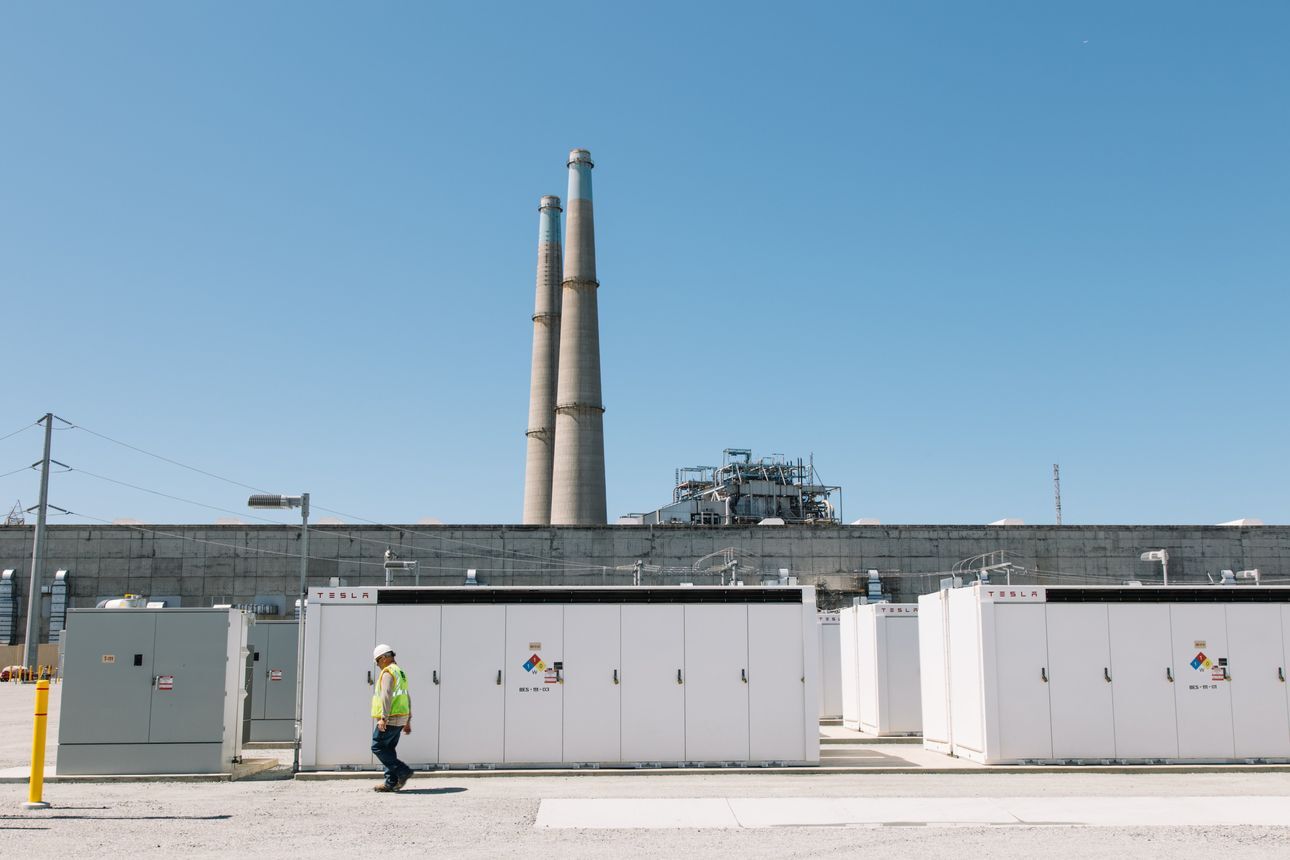 Inflation Reduction Act includes tax credit for stand-alone energy storage for the first time, a potential game-changer for the technology

The tax credit that helped push solar and wind power to the mainstream is now coming to U.S. energy storage.

The Inflation Reduction Act extends to stand-alone energy storage a tax credit that covers 30% of the size of the investment. Previously, the tax credit was limited to energy storage paired with with solar energy, which meant that there was limited incentive available to build out battery storage systems for grid services. More than 93% of battery capacity that went online last year was co-located with solar, according to the U.S. Energy Information Administration.

Energy storage has long been one of the missing puzzle pieces, alongside transmission, needed to transform the grid to a fully renewable one. Storage solves the intermittence problem associated with solar and wind, while transmission lines help link wind- or solar-abundant areas to population centers. Making it cheaper would help speed up the process of bringing more wind and solar power to the grid. The Solar Energy Industries Association, for example, recognizes the 30% investment tax credit for having helped the U.S. solar industry grow by more than 10,000% since it was implemented in 2006. Its compound average annual growth rate has been 33% over the past decade alone, according to the industry group.

The tax credit could go up to 50% if projects meet certain criteria. On top of the 30% tax credit, the bill also allows developers to tack on an additional 10% if at least 40% of the components are manufactured domestically and another 10% if the project is located in areas that were previously big employers in the coal, oil or natural gas sectors. Dan Shreve, Global Head of Energy Storage at Wood Mackenzie, said the 40% threshold for energy storage projects seems “very attainable” because—unlike subsidies for electric-vehicle batteries—it doesn’t come with any stipulation for where the critical minerals are sourced.

Research firm Wood Mackenzie estimates that without tax credits, the U.S. would have installed roughly 100 gigawatts of grid-scale battery storage systems through 2031. With the tax credits, that number goes up to 122 to 124 gigawatts. In the most optimistic scenario, the firm sees the U.S. adding up to 135 gigawatts by 2031. Utility-scale energy storage is starting from a relatively small base: In 2021, capacity in the U.S. was just 4.6 gigawatts, according to the EIA, which estimates that 5.1 gigawatts will be added this year.

Because the tax credits previously were only accessible to storage tacked onto solar, companies with a head start in energy storage tend to be large solar developers such as NextEra Energy Inc. and private developers such as 8minute Solar Energy and Hecate Energy, according to Mr. Shreve. Shares of Stem, a San Francisco-based company that builds and operates smart battery storage projects, have jumped by 82% since reports emerged that Sen. Joe Manchin (D., W.Va.) was going to support the bill.

The legislation isn’t exactly a cure-all for all of clean energy’s problems, which include permitting hurdles—especially for transmission lines. Those kinds of reforms will have to come through a separate bill that Senate Democrats expect to pass before the end of this fiscal year. It also isn’t as generous as some previous iterations. Solar, energy storage and wind projects, for example, can’t claim the value of the tax credits as a direct payment—with a narrow exception for certain entities. Such a benefit was, however, preserved for hydrogen and carbon capture projects, the types of technologies oil-and-gas companies are better positioned for. It also doesn’t include a tax credit for transmission lines—a provision that was previously proposed.

If tax credits’ benefit to wind and solar growth are any indication, though, extending that perk to energy storage could end up being a real turning point for one of clean energy’s biggest missing pieces.