Investors Are Betting Yet Again That Inflation Will Cool 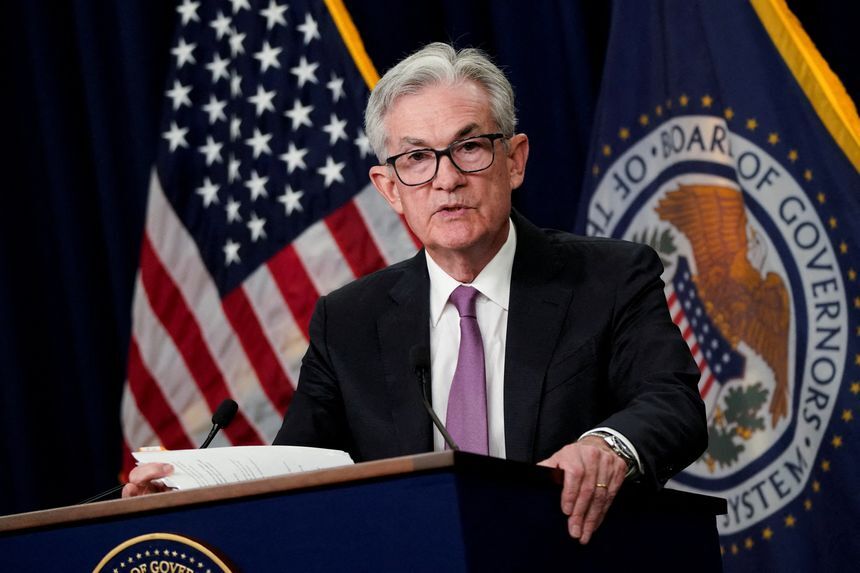 Some investors who took comfort in last week’s moderating inflation figures are leaning further into bets that prices are cresting, a trade that has stung over the past year.

The July consumer-price index fueled renewed wagers that inflation is more circumstantial than structural and that the Federal Reserve will in response moderate its rapid pace of rate increases. Investors are now projecting a smaller Fed rate increase in September, have continued to price in rate cuts in the first half of next year and have bought up shares of tech companies, which are primed to perform well if rates ease.

Such moves indicate that many investors still see a relatively quick end to persistently rising prices—even as Fed officials are warning of the need for further rate increases, which could jeopardize stock and bond markets’ recent gains.

“I think what the Fed is telling us is correct: The job is not done,” said Michael Sewell, a fixed-income portfolio manager at T. Rowe Price. “The problem with this recent risk-asset rally is that if the Fed thinks its job is complete, then we run the risk of another inflation spike.”

In one sense, traders who closely track inflation are back in familiar territory. Prevailing bets in derivatives markets predict that inflation will be about 3.3% over the next 12 months. That is precisely where estimates stood this time last August.

Over the past 12 months, however, prices actually rose close to three times that fast, sending stocks and bonds plummeting for much of 2022 as traders braced for the Fed’s response. Even so, many investors are now once again betting inflation will fall relatively quickly, drawing on the latest CPI numbers as well as signals from the bond market, companies and consumers that an economic slowdown might be on the way.

Bob Miller, a fixed-income managing director at BlackRock, said investors’ current inflation views echo their bets from a year ago. Time proved those forecasts incorrect, but now the Fed’s rate increases have begun to check rising prices, he said.

As the Fed has pulled back on its pandemic-era economic support, financial conditions have tightened significantly, Mr. Miller said. That has already cooled off the housing market and will likely slow the economy more broadly over time as higher borrowing costs ripple, he said.

Gaining confidence that the Fed is making progress, investors have been moving back into trades that were slammed by rate increases earlier in the year.

Treasury yields, which largely reflect expectations for interest-rate policy, have fallen. The 10-year yield settled Friday at 2.848%, down from a peak of 3.482% in June. Tech stocks have rallied, sending the Nasdaq index up 23% since mid-June. Earlier in the year, rising rates had battered the index by reducing the relative appeal of investing in companies with far-off potential profits.

Shifts in investors’ expectations for Fed policy have recently sparked rapid swings in bond markets. Bond traders initially interpreted Chairman Jerome Powell’s press conference at the central bank’s July meeting as a signal of looser policy, only for that trade to unwind days later as other central-bank officials doubled down on the Fed’s hard-line stance against rising prices.

Trading after the July CPI report last Wednesday followed a similar pattern. Treasury yields at first fell rapidly after the weaker-than-expected price data were released, signaling perceptions of easier Fed policy ahead. By the end of the day, yields rebounded, regaining much of their lost ground.

Alex Gurevich, chief investment officer of HonTe Advisors, is still projecting that growth and inflation will fall faster than many others now expect, citing his research into past economic cycles.

“Typically, when the market starts pricing rate cuts, the cuts will come faster than the market is anticipating,” Mr. Gurevich said. “It always happens faster than people think.”

Get The Wall Street Journal Newspaper 52-Weeks for $318

That means a bet that the Fed’s easing of interest-rate policy will play out sooner than the central bank’s own officials have projected. Neel Kashkari and Charles Evans, two regional Fed presidents who aren’t part of the rate-setting committee, argued last week that it will still take more aggressive action to tame inflation.

The latest official survey of Fed policy makers, conducted in June, shows that most project raising rates through 2023 to at least 3.5% to 3.75% or higher, up from the current Fed funds target of 2.25% to 2.5%. Last month Mr. Powell told reporters that those June projections remain a good guide.

Mr. Kashkari, who will vote on Fed policy next year, said the target rate might need to reach 4.4% by the end of 2023.

Futures markets, on the other hand, anticipate that rates will peak sooner—next spring—and that the Fed will quickly pivot to easing policy. Traders in these markets expect the Fed to bring its target rate back down to around 3.2% to finish 2023, according to data from Tradeweb.

“I think the market’s been interpreting Powell’s comments the way they want to, instead of the way Powell intended them to be interpreted,” said Gautam Khanna, a portfolio manager at Insight Investment, part of BNY Mellon.

Fed officials have been adamant that tackling inflation is their priority, so a switch to lowering rates again next year would probably only follow significant progress corralling prices, BlackRock’s Mr. Miller said.

“It’s funny how that word ‘transitory’ was stricken from all our vocabularies a year ago,” he said. Now, he added, transitory is precisely what the market is betting on once again.