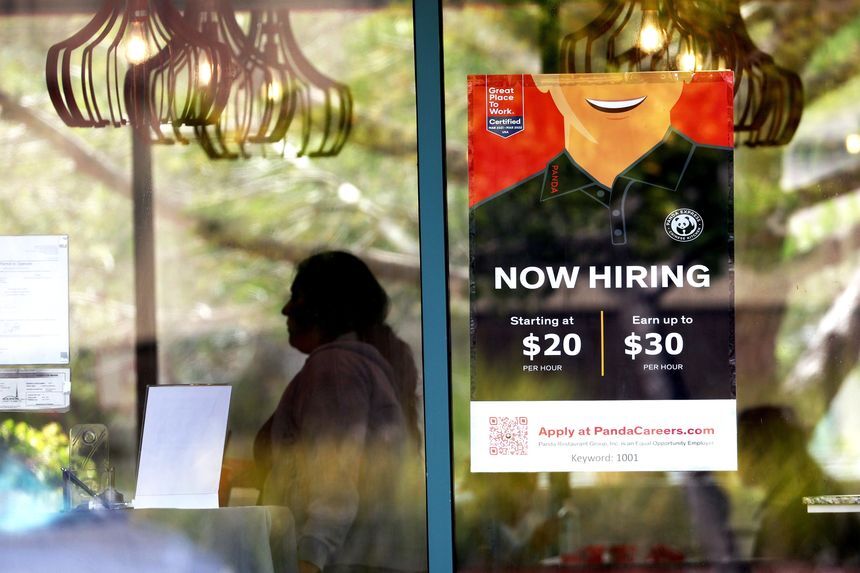 The U.S. labor market pumped out more jobs in its recovery from the pandemic than previously thought.

Employers added about 462,000 more jobs in the year through March than the Labor Department originally estimated, the agency said Wednesday as part of routine annual revisions. That means the economy added an average of nearly 39,000 more jobs each month for the year ended in March than previously thought.

“It was hard to find words to describe how strong the job growth was over those 12 months, and now it’s even stronger,” said Heidi Shierholz, president of the liberal Economic Policy Institute. She said the change didn’t significantly alter what is known about the labor market’s performance.

Companies have added jobs at a rapid pace over the past two years, seeking to fill roles to meet strengthening demand after steep cutbacks at the onset of the pandemic. The labor market is holding up better than many other parts of the economy that are buckling under the weight of high inflation, rising interest rates and shifting consumer spending.

Wednesday’s updated figures on job gains came from an annual report known as a “benchmark revision.” Each month, the Labor Department publishes estimates on how many jobs employers added in the prior month, based on a survey of employers. But each year, the agency offers a more precise estimate of recent job growth based on more detailed data from state unemployment tax records.

A final benchmark revision will be issued in February 2023.

The new estimate highlighted the divergent paths of private- and public-sector employers. As of March, there were 571,000 more private-sector jobs and 109,000 fewer government jobs than originally estimated. Though private businesses have surpassed prepandemic payrolls levels, government employers have lagged behind as localities face challenges filling roles in schools, transit systems and hospitals.

Most private-sector industries produced more jobs through March than previously thought, with the notable exception of retail. Retailers, like employers in many lower-wage industries, have struggled to hire as there are fewer workers looking for jobs than before Covid-19 hit in February 2020. Many have also announced layoffs in recent months.