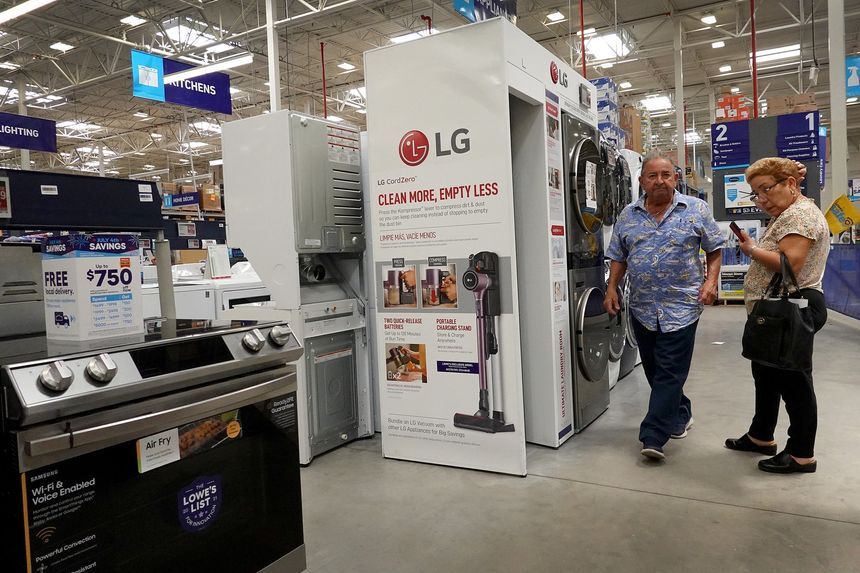 Lowe’s Cos. reported declining sales for the second quarter in a row amid flagging demand from its nonprofessional customer base, as homeowners cut back on discretionary purchases.

The home-improvement retailer, based in Mooresville, N.C., also said Wednesday that it has plans to dole out $55 million in incremental bonuses to its front-line workers to help mitigate the pinch they are feeling from rising prices.

Lowe’s said same-store sales, which strips out effects of store openings and closings, fell 0.3% in the second-quarter. In the U.S., the figure increased slightly.

The unexpected sales drop comes a day after top rival Home Depot Inc. posted a 5.8% increase in same-store sales, as it raised prices across its stores to offset a drop in customer transactions.

Lowe’s said its results lagged due to its higher share from the do-it-yourself cohort, which makes up 75% of its customer base. Professionals, such as contractors and electricians, tend to spend more per trip. Lowe’s said sales rose 13% to its professional customers.

Home Depot has a more even split between the two subsets, and professionals are driving sharp increases in large purchases. Home Depot said it logged a 11.6% increase in transactions that were over $1,000.

Lowe’s Chief Executive Marvin Ellison said the company was able to improve margins and effectively manage inventory during the quarter. Other retailers are struggling with excess inventory levels that are requiring steep discounts and order cancellations.

Target Corp. on Wednesday reported that its profit fell further than expected as it worked through a glut of product.

Analysts had expected earnings of $4.58 a share, according to FactSet.

Overall sales came in at $27.48 billion, down slightly from the same period a year ago and below analyst expectations of $28.12 billion. Lowe’s sales dropped during the first quarter as well, after cooler weather delayed home projects.

The company reiterated its full-year financial outlook, noting that it expects to hit the lower end of its sales forecast but the upper end of its earnings outlook.